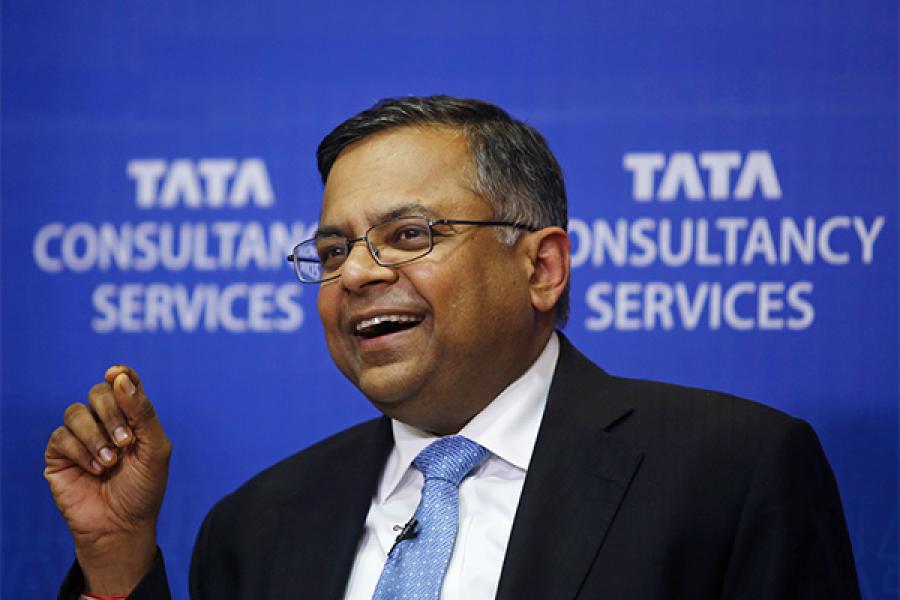 Tata Consultancy Services kicked off the fiscal first-quarter earnings season for the Indian IT services sector, with a strong show on digital projects even as the year ahead brings rising uncertainties from Britain’s decision to leave the EU.

“We are seeing big adoption of digital across the board,” CEO N Chandrasekaran said in a press conference discussing the results. And while the Indian IT industry is anxious about Brexit, “It’s very hard to predict scenarios,” he said.

Brexit, and the renewed push in America to curb the use of H-1B visas by the Indian IT companies, are among the latest challenges the industry will have to surmount. Growth on the traditional outsourcing business remains on a downward spiral as far as pricing is concerned, since it is increasingly becoming commoditised. Customers too have accelerated their switch to renting computing and storage from Amazon Web Services and others, and expect revenue-generating solutions rather than just shipping jobs to cheaper locations.

Chandrasekaran pointed out that the pricing pressure environment remains and the company has managed to maintain its rates by offering ever more solutions on the digital front in sectors including financial services, telecom, manufacturing, energy and utilities among others.

In telecom, TCS was helping clients with “a lot of front office transformation, channel integration, customer experience, digital marketing.” In manufacturing, “we are doing some very large cloud transformation projects,” he said in the press conference. “Analytics coupled with IoT (Internet-of-things), how is sensor data aggregated, to provide supply chain visibility in real-time,” to help quick and better-informed decision making were other areas where the company was executing several projects for large customers he said.

“Much of the growth in these sectors has been coming from these kinds of engagements,” and with the pick up the company is seeing such projects, “hopefully we will push for some increases,” in billing rates, he said. Overall projects building various digital solutions and implementing the related IT systems generate about 16 percent of the company’s revenues today, Chandrasekaran said.

Ignio, a neural-networks based automation software suite that TCS is developing has completed a year of commercialisation. During the June quarter, the company won four contracts to deploy Ignio from among the world’s biggest 100 to 500 companies, but the revenues from those contracts remain small.

At the end of the June quarter, the company had more than 360,000 employees, after adding more than 8,200 in the three month period. “We have invested significantly in digital, both in terms of talent and platforms,” Chandrasekaran said.

India's second-biggest IT company, Infosys, reports its earnings on Friday; and the third-biggest player Wipro will come out with its numbers ‎on July 19.

Tweets by @forbes_india
Bajaao: Seeking the right notes
Infy's head of IT infra, Samson David, quits, a setback for Sikka