This is a terrific time to own a professional sports team: Blockbuster TV deals inked over the last several years have turbocharged franchise values. The 50 most valuable teams are now worth an average of $2.2 billion, up 26 percent over just a year ago.

With 27 teams in the top 50, the NFL reigns supreme. The Dallas Cowboys top the list, thanks in part to $125 million from premium seating and $120 million from sponsorships—football’s highest. In a first since 2010, a soccer franchise didn’t come out on top. (Manchester United wore the crown from 2010 to 2012; Real Madrid did so the last three years.) For the full list, visit forbes.com/most-valuable-teams . 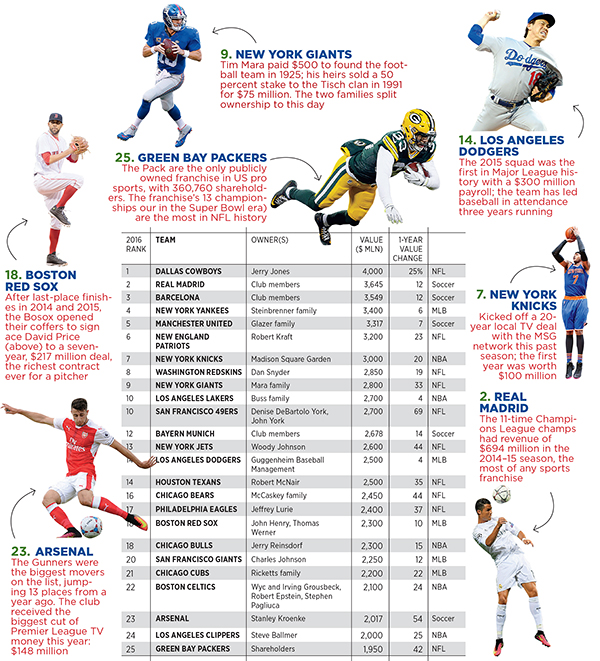 Tweets by @forbes_india
Ethnic drinks: How Paper Boat plans to keep its lead
Ten interesting things that we read this week