Turn over (many) a new leaf this year 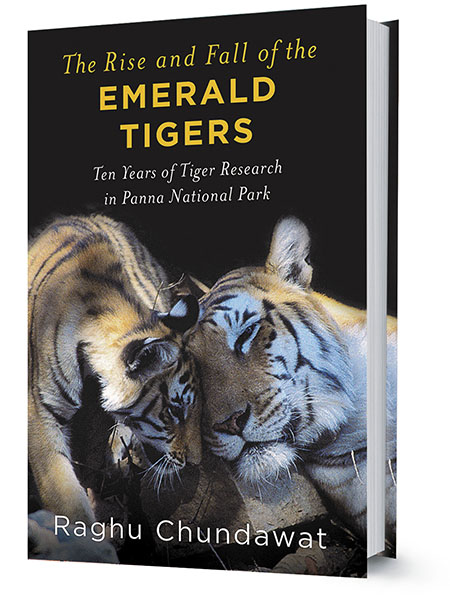 The rise and fall of the emerald tigers: Ten years of research in the Panna National Park
Raghu Chundawat
Speaking Tiger
From 1996 to 2006, Raghu Chundawat studied the tigers of Panna in Madhya Pradesh, overseeing the revival of the tiger population, and its eventual decline. He recorded the behaviour and movements of a core group of nine tigers. He also witnessed first-hand the collusion between poachers and forest officials, which resulted in the end of his study. This book presents his research, alongside an insider’s account of the problems that plague wildlife conservation in India.

Strangers no more: New narratives from India’s Northeast
Sanjoy Hazarika
Aleph Book Company
Sanjoy Hazarika explains how and where things stand in the Northeast today. He examines old and new struggles, contemporary trends and the sweeping changes that have taken place, and asks whether the region and its people are .still ‘different’ to the rest of India, to each other and whether they are destined to remain so. Hazarika tells little-known stories drawn from personal experience and knowledge, of the way in which insurgents operate, of the reality of border towns, the pain of victims, and the courage of fighters on either side of the ideological and physical conflict. 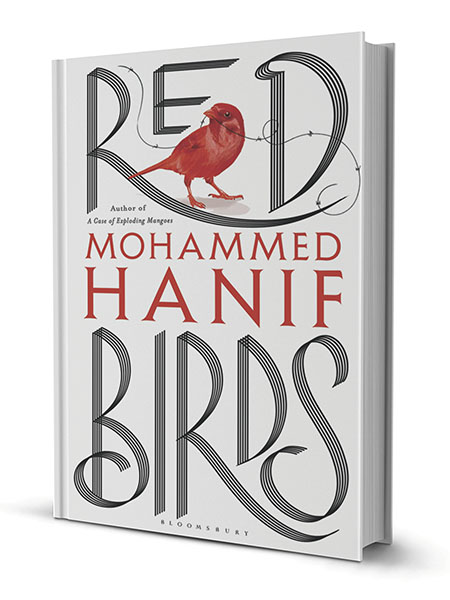 Red birds
Mohammed Hanif
Bloomsbury India
From the bestselling, prize-winning author of A Case of Exploding Mangoes, comes a powerful new novel about war, family and the things love makes us do. Simultaneously timely and timeless, Red Birds explores war, refugee camps and the tensions between America and the Muslim world.

Do we not bleed? Reflections of a 21st century Pakistani
Mehr Tarar
Aleph Book Company
This is a passionate, illuminating book about contemporary Pakistan. Comprising original profiles of diverse Pakistanis—some internationally feted and many others who are relatively unknown—as well as essays that examine the major fault lines in Pakistani society, the book offers the reader an insider’s perspective on the state of affairs in the country today. 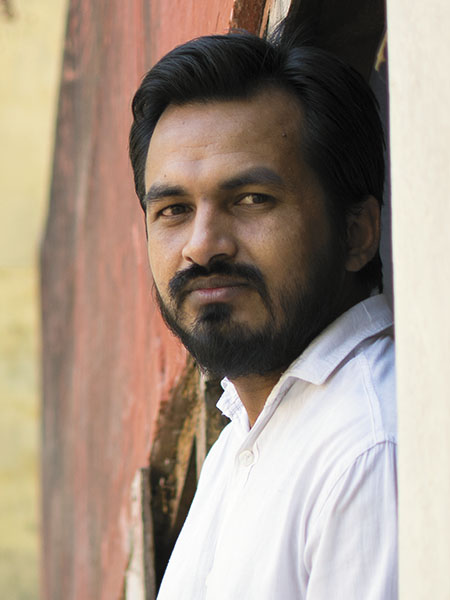 An ordinary man’s guide to radicalism
Neyaz Farooquee
Westland/Amazon
Journalist Neyaz Farooquee writes about his life after September 19, 2008, the day of the Batla House encounter that transformed his identity as an ordinary young man from Bihar. An over-protected childhood, migration to Delhi for  education, and a shiftless adolescence were all flattened out into one tiny slice of his status as a Muslim.

Race Course Road
Seema Goswami
Aleph Book Company
The ultimate insider’s political thriller. Set largely at the prime minister’s house, the RCR complex, it revolves around the assassination of a sitting PM and the battle for succession within his family. As the search for the murderer continues, sex scandals surface, revelations about dodgy arms deals rock India, and rival TV anchors spar while the country undertakes one of its most bitterly-contested general elections ever. 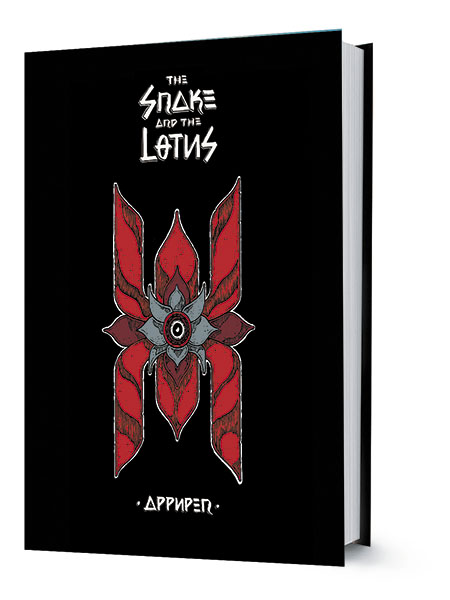 The lotus and the snake (graphic novel)
By Appupen
Westland/Amazon
A new age is dawning in Hala-hala, as humans and machines build a society that threatens life itself. Appupen brings his masterful art and vivid myth-building to this blistering indie take on the superhero comic. 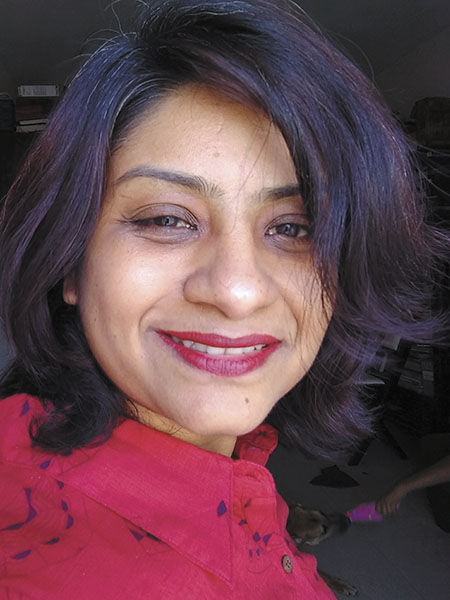 Who me, feminist?
Gayatri Jayaraman
Bloomsbury India
What is feminism here and now, in the Indian context? Who am I as a feminist? Using interviews with people across several streams and classes, from educated to uneducated, scholars to doers, this book examines what feminism means to them all, caught in the cross currents of a changing India. 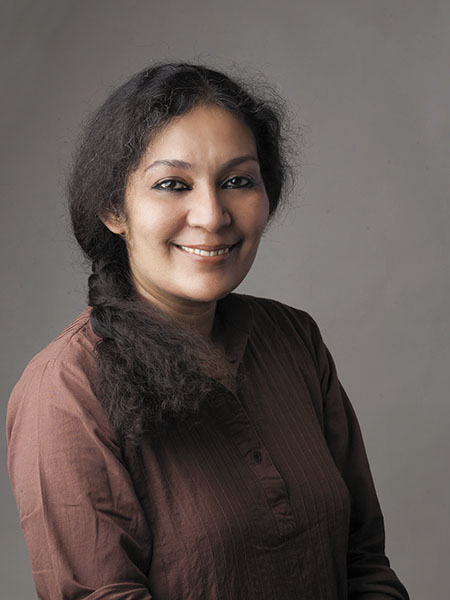 Saba Naqvi
Westland/Amazon
A quintessential diary by one of the seniormost women journalists in India, tracing the journey of the Bharatiya Janata Party, and the nation thereof, from the era of the stalwart Atal Bihari Vajpayee to present day Prime Minister Narendra Modi.

Why I killed the Mahatma
Dr Koenraad Elst
Rupa Publications
It is common knowledge that MK Gandhi was shot dead in 1948 by Nathuram Godse. Lesser known is Godse’s motive. Until now, no publication has dealt with this question, except for the text of Godse’s own defence speech during his trial, which contains substantive arguments against the facile glorification of the Mahatma. Koenraad Elst compares Godse’s case against Gandhi with criticisms voiced in wider circles, and with historical data known at the time or brought to light since. It also includes the views of political leaders of divergent persuasions and some new considerations in Gandhi’s defence.
Murder in seven acts
Kalpana Swaminathan
Speaking Tiger
“Lalli was bent double, tugging at something heavy and unyielding. I couldn’t see what for all that smoke. With a tug that almost toppled her, she pulled out something. At that instant, the pall lifted and I saw what it was. A flaming pair of legs.” Since Kalpana Swaminathan’s first whodunit The Page 3 Murders was published over 10 years ago, Lalli—60, silver-haired and tough as nails—has been one of the most memorable detectives in Indian fiction. She returns in this brilliant page-turner, a collection of seven stories, to solve some of the strangest, most complex cases of her career.

Poonachi: The story of a black
By Perumal Murugan
Westland/Amazon
This is Perumal Murugan’s first work of fiction since his re-emergence into the world of the ‘living’. In one sense, it is just that: The story of a goat named Poonachi, tracking her life from the moment she comes to live with an elderly human couple. On another level, it is a commentary on the human condition, and on the vulnerabilities of the artistic life.

Decoding India’s disruptive technology story
Kiran Karnik
Rupa Publications
Three decades ago, India witnessed unprecedented transformation due to ground-breaking research and innovation. The book talks about the genesis and remarkable evolution of the Indian technology industry through different themes, and explains how disruptive innovation played out in the context of our everyday lives. It will offer insights into the technological developments that had the greatest impact.
Unthinkable: An extraordinary journey through the world’s strangest brains
Helen Thomson
Hachette India
Helen Thomson has spent years travelling the world tracking down rare brain disorders. In Unthinkable, she tells the stories of nine people—from the man who thinks he’s a tiger to the doctor who feels the pain of others just by looking at them. Their experiences illustrate how the brain can shape our lives in unexpected and, in some cases, brilliant ways. Thomson explains the workings of our consciousness, our emotions and our creativity that allow us to understand our own existence.BJP: From Vajpayee to Modi