WeWork enters India with a co-working space in Bengaluru

Launched in partnership with the Embassy group, the space will be able to seat 2200 members 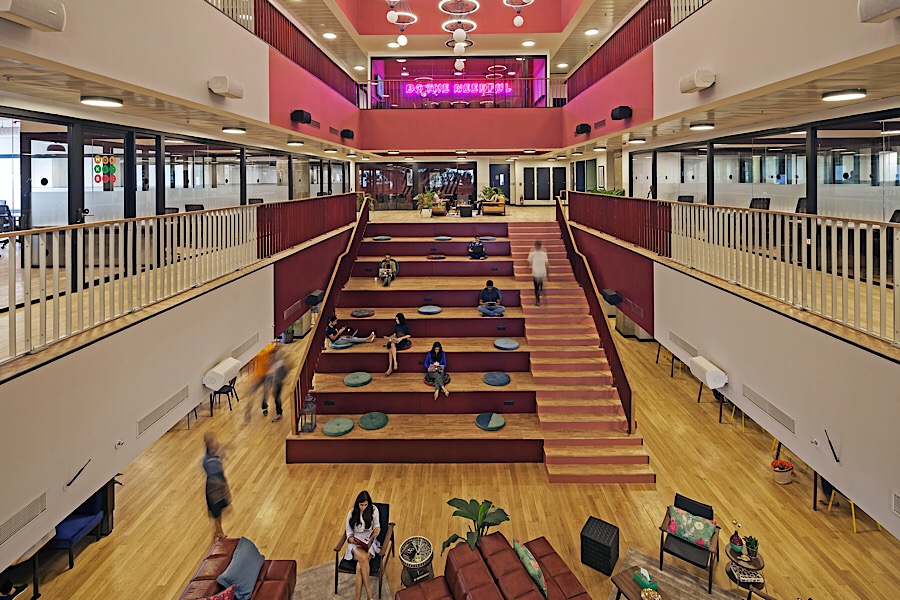 New York headquartered co-working giant WeWork opened ‘WeWork Galaxy’ - its first collaborative workspace in Bengaluru’s Residency Road on Wednesday. At 1.4 lakh square feet, the space is expected to house 2200 members. Plans to open additional such spaces in Mumbai and Delhi are also afoot, the company said in a statement.

“We are excited to officially kick start our operations in India with the launch of ‘WeWork Galaxy’ in Bangalore. WeWork is a global company with a local playbook and the reason we chose Bengaluru as our first location is because it’s demographically the most diverse city with the second fastest-growing major metropolis in India having a very robust startup ecosystem,” said Karan Virwani, scion of the Jitu-Virwani founded Embassy group and director WeWork (India) in a statement.

Earlier this year the Bengaluru-based property developer struck a joint venture with WeWork to steer its foray into India. According to the deal, Virwani will lease out the office space—from Embassy as well as other developers—and invest in re-designing it, while WeWork will lend its brand, ethos and expertise for a fixed management fee and a share of the profits.

Having spent two years working in his father’s real estate business, the junior Virwani told Forbes India in March this year: “No one was providing space to meet the increasing demand for 200-500 square feet of space. Everyone was offering large floor plates of 2,000-5,000 square feet,” he says, which didn’t meet the requirements of the growing number of startups in the ecosystem, as well as the fast growing “gig economy”, characterized by freelance or contractual work.

At ‘WeWork Galaxy’, the company hopes to attract entrepreneurs, freelancers, small and medium sized businesses (SMEs) as well as large corporates, who can chose from a variety of monthly membership plans, including hot desks (Rs 9,000 per person), dedicated desks (Rs 14,000 per person) and private noise-controlled offices (Rs 20,000 per person).

In addition to Wi-Fi and housekeeping, the space will offer members access to services such as healthcare, IT support, payment processing, as well as payroll and legal services. Weekly happy hours and networking events that allow members to socialise with one another are also being offered. Globally, WeWork says that this format has led 70 percent of its members to collaborate and 50 percent to actually do business together.

Founded in 2010, WeWork, which is currently valued at around $17 billion, has been adding around 10 to 15 locations every month and has opened 149 workspace units in 45 cities across the world.