A voracious appetite for growth and innovation coupled with the ability to tide over tough times can yield great results. Consider Forbes India's Super 50 companies, which have earned their place in this list by consistently proving their worth

How do you define an extraordinary company? It cannot be a subjective categorisation: Instead, it has to be based on a company’s performance in the stock market or the growth of its revenues or the returns on the equity invested in it. The efficacy of each of these parameters, if applied individually, can be debated but Forbes India chose to adopt them all for its first-ever Super 50 list. Another key characteristic—consistency—was considered as well. All these parameters were evaluated for a period of three years, from FY13 to FY15.

In the pages that follow, the companies comprising the Super 50 have been listed in alphabetical order (this is not a ranking) and apart from predictable inclusions like Hindustan Unilever (HUL), Sun Pharmaceuticals, Tata Motors and TCS, relatively lower-profile firms such as AIA Engineering, Ajanta Pharma, Divis Laboratories and Page Industries have earned their place too. 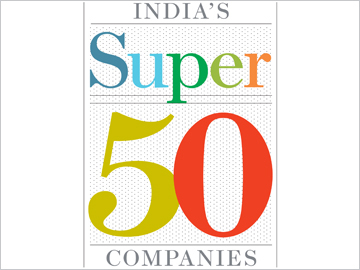 The pharmaceutical sector, inevitably, has garnered a strong presence. As many as 10 companies from the industry have made the cut as the sector has strongly outperformed the market. Not surprising considering that the CNX Pharma index has risen by 128 percent in the last three years compared to the benchmark Nifty which grew by just 54 percent. Other industries that have a significant presence in the list are financial services (nine companies) and auto/auto components (six).

Manufacturing companies dominate the list (with 33) followed by services (16). A reflection of the private sector’s role in India’s infrastructure space is found in the solitary presence of Adani Ports and Special Economic Zone.

The stories in this special issue feature five companies that have, in different ways, proved their worth. Motherson Sumi has shown how a company can satiate its enormous appetite for growth without compromising profitability. Eicher Motors has revived a brand that was becoming obsolete without losing its iconic characteristics; Royal Enfield, today, contributes a bulk of the company’s bottomline. Emami has made a habit of launching disruptive products and catering to new segments. This has enabled the company to keep the deep-pocketed multinationals such as HUL at bay.

Extraordinary companies too face difficult times but they have the wherewithal to come out of it: Britannia is one such company. Ajanta Pharma, another turnaround success, shows how a relatively smaller player can also be a part of such a list.

Bottomline: You can be super at any size.


METHODOLOGY
Forbes India, with knowledge support from PwC India, adopted a robust multiple-stage process to select India’s Super 50 Companies. At the first stage, a set of eliminators was employed to arrive at a critical mass of strong contenders. Out of all listed companies on the stock exchanges, we selected those with a market capitalisation of more than Rs 10,000 crore (as of March 31, 2015). All PSUs were eliminated and only the top two companies from any business group were included. This yielded a list of 116 companies which were further evaluated on another set of parameters. These parameters included shareholder returns exhibited on the stock exchange over a three-year period, sales growth and return on equity. As a final check, we considered those companies which were more consistent than others—in the context of our parameters—and we also used relevant eliminators to remove the outliers. The result is a strong list of companies that comprise Forbes India’s first-ever Super 50 listing.

Tweets by @forbesindia
Liang Yunchao: Croesus of capsules
The Greece conundrum: All Greek to you?