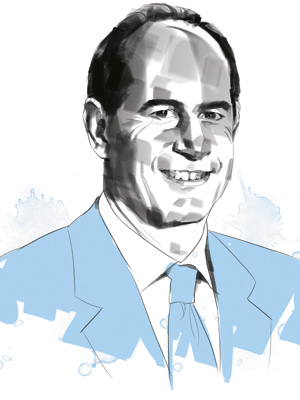 Roger Martin
The Man: The Dean at the Rotman School of Management, Toronto, gave us the terms ‘Integrative Thinking’ and ‘Design Thinking’; showed us why it’s important to draw lessons from diverse fields to learn and innovate; his latest book is on what capitalism can learn from the National Football League. He tells CEOs how to remain true to one’s character in the face of capital market pressure.

The Oeuvre: Advisor on strategy to several global CEOs, has written extensively on design; his recent works have been around corporate responsibility and why companies should be judged on parameters other than the stock market.

The Hypothesis
Trying to maximise value for those who provide the risk capital is a zero-sum game. Since expectations can’t keep rising forever—as every stock market darling finds out eventually—it is hard for executives not to fall into playing a game of jerking expectations up as far and fast as possible and then getting out before their inevitable fall.

So What?
Shareholders who provide equity capital deserve a fair return on the capital they provide. That ought to be above their risk-adjusted cost of capital. But shareholders who buy shares from the open market don’t deserve anything additional because they got it in a transaction that was without the involvement or consent of the company. If anything, customer value ought to be maximised while executives—CEOs in particular—ought to be provided only incentive-based compensation based on metrics that improve the real performance of the company.

Authenticity—the ability to stay true to one’s own character and morals while dealing with external forces in the world—is a characteristic we would want in all of our business leaders, for their own sakes and for ours. Authenticity has the potential to drive ethical behaviour, long-term thinking and thoughtful decision-making. It enables the integration of one’s personal and professional selves. Unfortunately, the external pressure of the capital markets increasingly represents a powerful force against CEO authenticity.

Executives used to have jobs that were conducive to living an authentic life. At core, companies existed to create customers. They built products (or services) that could be sold to buyers who valued those products more than the price they were charged for them. Along the way, companies could provide a good livelihood to employees and make an attractive return for investors.

It was a positive-sum game that was good for everyone: customers, employees, investors and the executives responsible for leading the system. An executive could work an entire career playing this beneficial game and also lead a very authentic life, a life in which no constituent needed to be fooled or taken advantage of in exchange for personal success.

But all of this changed with the emergence of Shareholder Value Theory in the late 1970s. The core of the theory is eminently sensible: A corporation must be run for the benefit of its shareholders, who provide the risk capital. It is not a silly idea. After all, without shareholder equity, there would be no corporations. But as with all theories, it is critically important how the core theory gets translated into procedures and practices.

In this case, four problematic operating principles have shaped the application of the initial theory:

Proponents of maximisation would argue that since shareholders put up the risk capital and are the residual claimants of firm value after everyone else is paid, they deserve the best possible return on that investment. Indeed, they do deserve to earn a return on the equity capital they provide that is higher than the cost of equity. But why is maximisation of that return a more important goal than creating innovative products that change our lives, or paying a living wage to employees?

With respect to a singular goal, it is true that simultaneously maximising two independent features lies somewhere between infeasible and impossible. But when shareholder value is the chosen object of maximisation, the returns for all other players are diminished. As a result, customers, employees and communities know that their interests will be sacrificed to eke out an extra buck for the shareholders whose value is being relentlessly maximised. 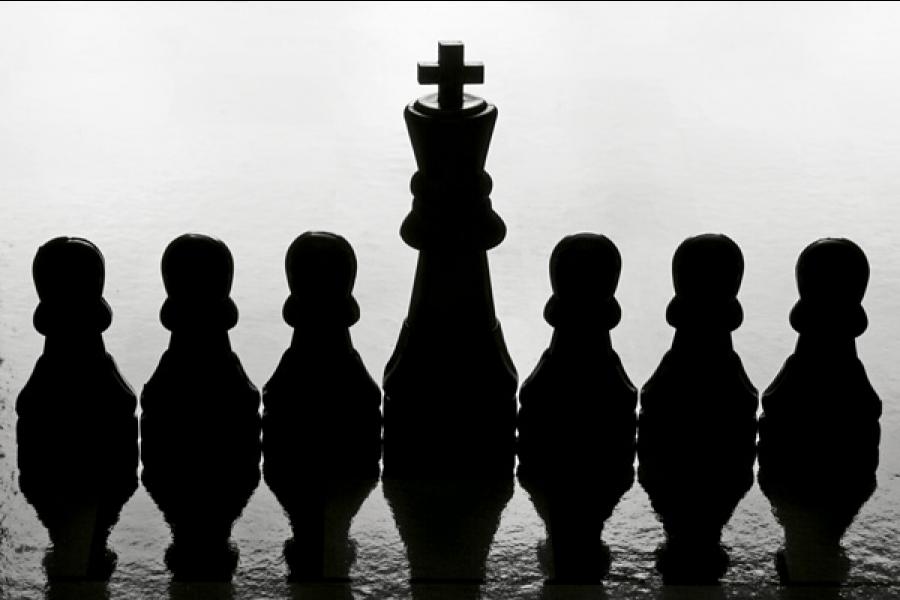 Image: Getty Images
Of course, in the long term, shareholders would be rewarded if the firm took good care of all constituents. But that is precisely the problem. Our practices and procedures demand that executives focus principally on the short term because we have chosen to measure shareholder value—that most important measure—by looking at the firm’s current stock price. This is sensible at one level: We know that over time, the stock price tends to be a good mirror for the long-term value of the company. But as economists say, in the long run we are all dead, so it doesn’t really matter. What does matter is the short run. Stock prices vary wildly on short-term news, especially on the downside. If a company misses its quarterly consensus earnings by a penny, its stock will get savaged.

Hence the overpowering inclination for executives is to do almost anything in order to meet short-term expectations because they are seen as the legitimate arbiter of long-term performance. So, CEOs focus on this quarter’s numbers, rather than long-term sustainability. Employees are laid off and customers are taken advantage of or are underserved, all in the interests of the singular goal of maximising shareholder value as defined by the current stock price.

If executives aren’t compelled by the first three legs of the logical stool, the fourth principle drives them in the desired direction by giving them massive doses of stock-based compensation. This provides a powerful incentive to sacrifice anything for the short term, because if they miss the quarterly earnings by a penny and the stock drops 10 percent, then they suffer a meaningful diminution in their personal wealth.

Together these four principles create an inauthentic world and life for the modern executive. The job has become focussed on attempting to manage current shareholder expectations through short-term actions in the real company, regardless of what that means for customers, employees or communities. Since expectations can’t keep rising forever—as every stock market darling finds out eventually—it is hard for executives not to fall into playing a game of jerking expectations up as far and fast as possible and then getting out before their inevitable fall.

That is an inauthentic life. Executives know it; customers know it; employees know it and the man on the street can sense it.

This problem won’t be fixed until we are willing to replace these problematic principles with the following set:

With these four principles in place, we will see the authenticity of corporate executives blossom and real return to shareholders increase.

Reading list
1. Too Big To Fail - Andrew Ross-Sorkin
2. All the Devils Are Here: The Hidden History of the Financial Crisis - Joe Nocera
3. Fool’s Gold: How Unrestrained Greed Corrupted a Dream, Shattered Global Markets and Unleashed a Catastrophe - Gillian Tett
4. Trust: The Social Virtues and the Creation of Prosperity - Francis Fukuyama
5. ‘The Rewards to Meeting or Beating Earnings Expectations,’ Journal of Accounting and Economics 33, June 2002 - Eli Bartov, Dan Givoly and Carla Hayn
6. ‘On the Timing of CEO Stock Option Awards,’ Management Science, Vol. 51, No. 5, May 2005 - Erik Lie

Tweets by @forbes_india
Nitin Nohria: Good versus Bad, Rethinking Business Leadership
Sanjeev Aga: How To Grow A Spine - A Guide For Indian Managers