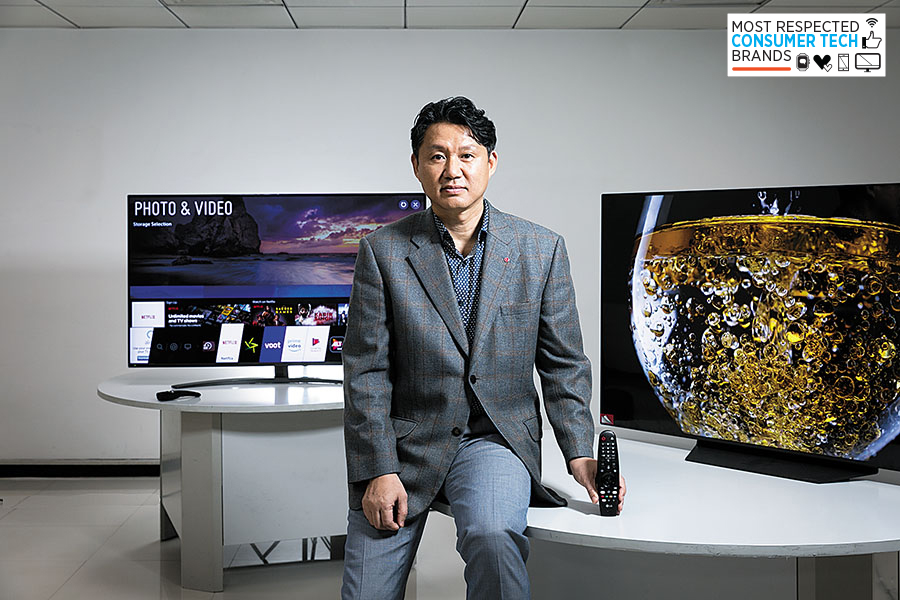 Twenty-two years after entering the Indian market, LG TV continues to hold fort. The South Korean maker of consumer electronics is India’s second largest TV maker, after its compatriot Samsung, with a 25 percent market share. “Our aim has been to provide maximum value proposition to consumers,” says Younchul Park, director, home entertainment, LG Electronics India. “LG has always struck the right chord with its consumers and taken unique steps to make their aspirations a reality.” It ranks seventh on the Forbes India-TRA Research’s list of the Most Respected Consumer Tech Brands.

The company has two manufacturing units in India: One in Greater Noida and the other in Pune. The latter is where it manufactures its LED TVs, air conditioners, washing machines, refrigerators and computer monitors. “The entire lineup of LG TVs, including OLED TV and super-large screens, is manufactured in India. We will continue to manufacture in India and will stay committed to the Make In India initiative... even though other brands import from China, Vietnam, Malaysia and Thailand,” says Park.
The advent of various content streaming services such as Netflix, Amazon Prime and Hotstar has increased the sale of large-screen smart TVs. “LG TVs have pre-loaded apps, including Amazon Prime, Netflix, Hotstar, YouTube, Eros Now, Zee5, AltBalaji, Hungama Play and others that we are adding continuously. There is a good [sales] growth in large-screen TVs and we expect the same to continue,” says Park. 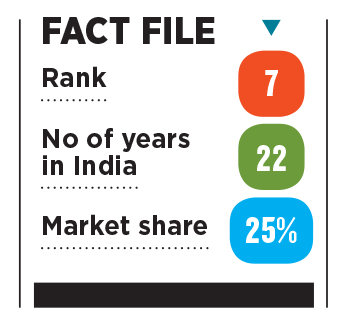 The established makers of smart TVs are now facing competition from smartphone makers who have aggressively entered the segment. In 2017, Chinese smartphone maker Xiaomi launched its smart HD TV at a price that was affordable for the Indian middle class. For example Xiaomi’s 55-inch Mi TV 4 costs ₹39,999 compared to the LG 43-inch Ultra HD (4K) LED Smart TV that costs ₹54,999. Xiaomi claims to have sold 2 million TVs since its launch. Other smartphone players too are entering the smart TV market in India. Recently, OnePlus announced its partnership with Reliance Digital to sell TVs offline and Lenovo-owned Motorola launched Smart TV in partnership with Flipkart. Talking about tackling competition, Park says, “The TV business is one of LG’s core strengths and the brand has been able to maintain market leadership in this space. We always try to innovate and cater to our customers with only the best. Recently we conducted an extensive consumer research and found that customers need more than just a display device. We identified that sound is a major criteria for Indian TV consumers, hence we introduced Dolby Atmos [sound systems] for realistic and immersive audio.” “LG provides consistently painless and problem-solving services. In today’s brand-scape, products are similar to each other in features and performance, and hence service holds the key to driving brand preference. LG’s service features are constantly being improved and they’re now even available on UrbanClap,” says Rama Bijapurkar, market strategy consultant.