India as an Olympic nation: In conversation with PV Sindhu and Abhinav Bindra 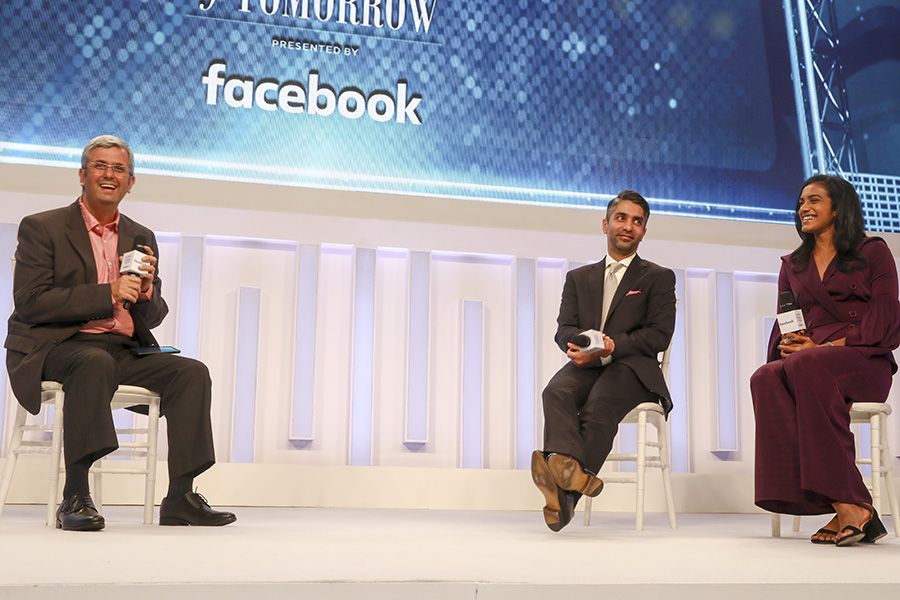 Gaurav Kalra, Group Editor Sports, Network 18, in conversation with Abhinav Bindra and PV Sindhu
Athletes are the biggest conmen. This comes from Abhinav Bindra, the retired professional shooter who fetched India its only individual Olympic gold medal at Beijing in 2008.

Bindra has his reasons. “We have to make ourselves believe that we are great and we have to tell ourselves that everything will work out,” said Bindra, at the inaugural edition of the Forbes India Tycoons of Tomorrow in Mumbai on Tuesday.

Bindra was talking about the pressure of expectations that keep mounting on athletes immediately after they achieve a remarkable feat. The young Indian athlete of today, said Bindra, has a lot of confidence in their ability to make a mark on global platforms and wherewithal to navigate pressure, unlike many sportsmen of his vintage.

“I came from a very defensive generation. We were scared all the time. In all my career, I was assailed by anxiety. Self doubt was my constant companion. The current Indian athlete has so much confidence. They know that they are going to win,”  said Bindra.

The confidence comes from self belief, said P.V.Sindu, who won a silver medal at the Rio Olympics in 2016. All an athlete worth their salt need to do is give every contest their best shot, without worrying much about the outcome.

“For me, I believe in myself. When you go to the court, people might expect a lot more and especially after the Olympics, it is like we want a medal from her. Well, that is always not possible. Sometime we may lose in round one or two but you have to give your 100 percent. If you do that , you will get a medal or you will achieve something. It is not that you play for the people, but, you play for yourself,” says Sindhu.

It certainly is a rigorous journey to the top. At times, it may entail one giving up one’s favourite street food for months in the run up to the tournament and in some cases, stay off the phone. Sindhu did both ahead of the 2016 Olympics. And the results are telling.

But, in order to keep the momentum going and churn out more athletes capable of competing at the biggest stages, especially the Olympics, a robust infrastructure that empowers athletes at the grass root levels is the need of the hour, said Bindra, who once wore shorts to the victory ceremony of the Olympics because the tracksuit provided to him by the Indian authorities was way bigger than his size.

"I remember when I went to the Olympics, I got in my kit two left pairs,” recalled Bindra.

“We need to set systems in place that are cutting edge. There is a holistic way of training called STEAM — science, technology, engineering, analytics and medicine — and we need to inculcate that at the grass roots level and when we achieve that, we can achieve our aspiration of achieving multiple Olympic medals. Things are changing but they are slow. I think there is a lot of corporate support coming into Olympics and that is something very important.,” he added.