What If We Had the Right to Recall Our Leaders

Will the right to recall politicians work in the Indian electoral system? 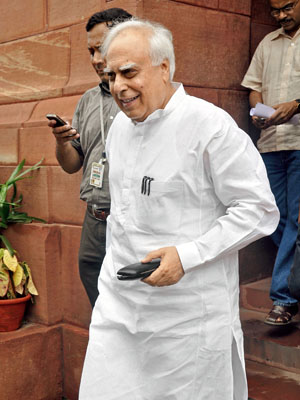 Image: A Sarthak/ Fotocorp
Team Anna claims that most people in Kapil Sibal's constituency are unhappy with him

Imagine having the power to recall your MLA or MP if he stopped paying attention to his constituency. That is the power of the Right to Recall, the next item on Anna Hazare’s agenda. Recall is a powerful tool to make politicians accountable since it does not require any corruption charges against them. It requires between 25 percent and 50 percent of the electorate to be dissatisfied by the MP/MLA’s performance.

So, instead of an opinion poll that Team Anna carried out in Kapil Sibal’s constituency, they could have campaigned for a recall vote and if, like the survey, 90 percent believed that Sibal had stopped representing them, they could have removed him from Parliament!

Switzerland and the USA pioneered this concept in the late 19th century. But most constitutional experts and political observers have panned the idea of recall in India.

“Given the number of people in an Indian constituency as well as our electoral system (first past the post), recall is an impractical idea made fashionable by arm chair critics. It works when the population of the constituency is small,” says Subhash C. Kashyap, former secretary general of Lok Sabha and author of several books on Indian constitution and polity. He says that a parliamentary constituency in India has 20 lakh to 30 lakh voters. If 50 percent of them need to petition for a recall through a signature campaign, it would be impractical to verify all signatures.

In the US, where 18 states have the provision to recall at the state level and 36 at the local level, 75 percent of all recalls happened at the city council or school board level. At the state level, California initiated 32 gubernatorial recall attempts since 1911, but the 2003 recall, when Arnold Schwarzenegger became governor, was the first ever to lead to a vote.

In India, the winning candidate has just 10 percent to 20 percent of the total votes. “Does that mean you will keep recalling all elected representatives?” asks Kashyap.

M.R. Madhavan of PRS Legislative Research says, “A recall may work against the electorate since the politician will be wary of taking tough decisions that may endanger his position in the short-term even though they may be beneficial for the public in the longer term,” he says.

(This story appears in the 23 September, 2011 issue of Forbes India. You can buy our tablet version from Magzter.com. To visit our Archives, click here.)