Up 12 spots this year in the World Bank's index of Ease of Doing Business, the country is a tad closer to Prime Minister Modi's promise of entering the top 50 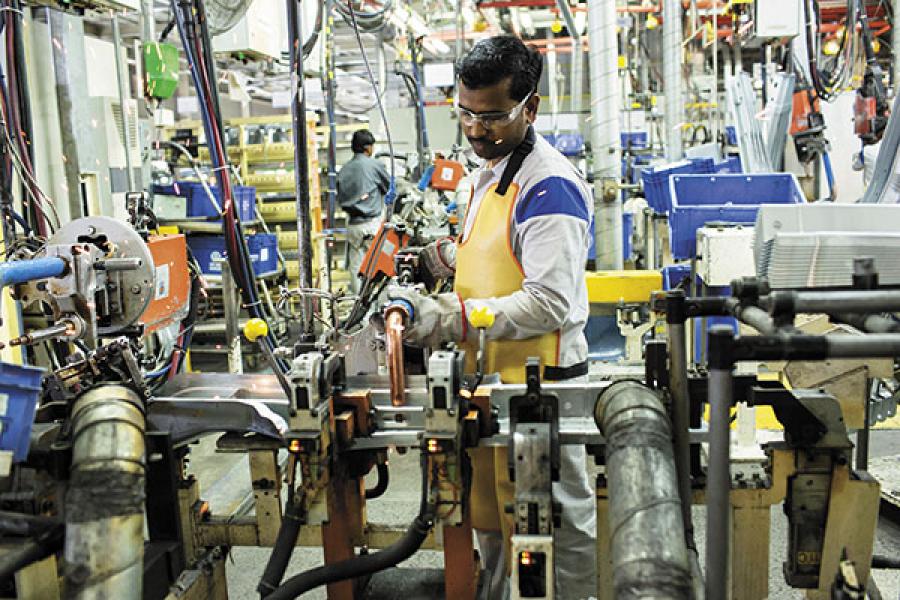 Ten months ago, Prime Minister Narendra Modi promised that India would break into the list of top 50 countries based on the Ease of Doing Business in three years. In the World Bank’s Doing Business 2016 report, India has jumped to rank 130 out of 189 countries—up 12 spots from 142 a year ago. (However, based on this year’s new methodology, India’s recalculated 2015 ranking comes at 134.)

Given that May 31, 2015, was the cut-off date for this year’s data collection, the National Democratic Alliance (NDA) government has covered significant ground in six months. “India has accelerated efforts to improve the business climate in the country during the past year. This year’s improvement in ranking marks a significant shift in trend after several years of decline,” World Bank Country Director in India Onno Ruhl told Forbes India. “The fact that the government achieved this in about six months underlines its commitment to making India an easier place to do business. These initiatives will benefit Indian small and medium-sized enterprises (SMEs) the most.”

Amending the Companies Act to remove the provisions for minimum paid-up capital, the commencement of business declaration and streamlining the process to obtain electricity connections in Mumbai (BEST) and Delhi (Tata Power) were lauded by the World Bank in its latest report.

Several other reforms, announced after the cut-off date this year, are currently being implemented. For instance, e-payment has been enabled for contributions to the Employees’ Provident Fund Organisation (EPFO) and Employees’ State Insurance Corporation of India (ESIC), construction permit applications in Delhi and Mumbai can now be made online and INC 29 has been introduced by the ministry of corporate affairs to quicken registration of companies. Even the number of documents required for export and import is being lowered. Mumbai has introduced commercial courts to hear business disputes and the eBiz portal by the Department of Industrial Policy & Promotion (DIPP) is being upgraded to deliver more services.

The government’s idea is to promote an enabling environment. Even the finance ministry is putting its weight behind the reforms with the Economic Affairs Secretary Shaktikanta Das pushing the draft bill on bankruptcy to be introduced in Parliament at the earliest.

In a recent meeting between Kant and American corporates, the DIPP secretary was informed that while the Centre is taking steps to improve ease of doing business, some states were just not keeping up. “Implementation of the policies is still a question mark. There are still multiple agencies that exercise restraint and prevent execution at the operational level. The role of state governments and minor departments must be monitored. These agencies and their contradictory circulars must be disempowered and made redundant,” says Ajay Singha, executive director, American Chamber of Commerce in India. States such as West Bengal, Chhattisgarh, Andhra Pradesh and Telangana, for instance, have been more proactive than others.

“State governments have acted positively in undertaking reforms to improve their ease of doing business. At the state level, some of the key reforms undertaken have made it easier for businesses to electronically register and pay taxes, obtain electricity connections more easily and have a simpler regime for inspections by labour and pollution inspectors,” says Chandrajit Banerjee, director general, Confederation of Indian Industry (CII). But states still have to rationalise the licences and clearances required at the state level to start, operate and exit a business.

“Corruption in the government has come down significantly at the central level in the last one year, while on other crucial parameters like regulatory clearances, land acquisition and taxation policies, a lot more needs to be done for seeing real change at the ground level,” says DS Rawat, secretary general, Assocham, in a report prepared by the business chamber to gauge ease of doing business.

The road ahead still remains challenging. If India must enter the elite 50, then it has to act like one. Experts suggest further digitisation of processes, updates to the Securitisation and Reconstruction of Financial Assets and Enforcement of Security Interest (Sarfaesi) Act, and passing of the Arbitration Bill along with Goods and Services Tax (GST) Bill will aid India in climbing up the Ease Of Doing Business index further.

A daunting task, but not impossible as proved by countries such as Russia, Rwanda and Croatia that have leaped ahead on the index. “What is more important for India, however, is that since the Doing Business report started considering the current 10 indicators, this is the first year that India has been able to improve its rank,” says Ruhl. “The hardest challenge for an economy the size of India is to reverse the trend—now that India has reversed that trend, it is poised for take-off.” In the next two years, India, backed by its reforms, has to take flight.

Tweets by @forbes_india
Wal-Mart and everyday renewable energy
Carbon3D: The shape of things to come