India Circus and the ring master 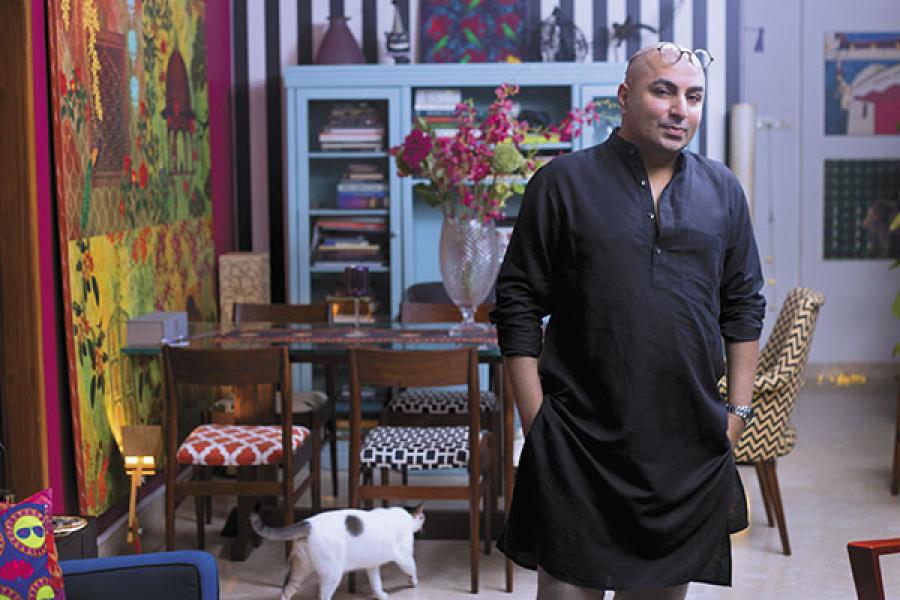 Image: Joshua Navalkar
Krsnaa Mehta, design director at India Circus, has been designing products for the past decade, with a focus on Indian motifs reimagined from a Western perspective

Krsnaa Mehta (the second ‘a’ was appended to his first name late last year) would like to describe his work as pop. Definitely not kitsch.

The design director of India Circus, a predominantly online lifestyle brand that offers home decor and accessories at an affordable price, has been creating products for the past decade or so, with a focus on Indian motifs reimagined from a Western perspective. But it is only now, this January to be precise, that he entered the big league: Godrej & Boyce bought a 51 percent stake in his company to supplement Godrej Interio, its home decor and interior design business.

But if 36-year-old Mehta has already managed to make a name for himself (and his brand), it is because he had an early start. Born into a Mumbai family that exported textiles—his parents are owners of the upmarket Lower Parel store Zeba—Mehta’s initiation into the business was natural. Helping his parents meant learning the ropes, building contacts and gathering clients. “My family was exporting to big American firms such as Pottery Barn and John Lewis,” he says.

A student of Mumbai’s The Cathedral & John Connon School, Mehta was always creatively inclined and, after one year of studying commerce at HR College in the city, he went on to learn, between 1998 and 2000, display graphics at Fashion Institute of Technology in New York. On his return to Mumbai, he was back at work with his parents, but with a newly-acquired Western touch. “A lot of our foreign clients liked my sensibilities, and the way I looked at things,” he says. To elaborate, he adds, “When you look at a block print, say gold on red, it looks so Indian. But when you look at the same block print, say silver on white, it takes on a very contemporary feel.”

However, Mehta’s big revelation came to him during one of his visits to the US: He never found any gifts to take there; whatever was available was not very exciting. At this point (this was the 2000s), he created a line of cushions, tumblers and posters called The Bombay Project. Sangita Jindal, chairman of JSW Foundation, was an investor. “During that time, Anita Lal of Good Earth agreed to house The Bombay Project at her stores,” says Mehta. With sales taking off, he divided his time between his family business and freelancing for Good Earth, The Bombay Store and Westside by designing textile and crockery. “I understand what works for the market; what the consumer wants versus what I want to do sitting in a room; reciting poetry and creating poetry,” says Mehta. “Getting feedback from clients, changing colours and changing scalings are parts of the process.”

Image courtesy: India Circus
Some of the products that are available on the India Circus portal

In 2013, Mehta, along with friends Xerxes Talati (who opted out soon after) and Devaki Khimji (whose stake was bought by Godrej & Boyce this year), started India Circus, with the brand name symbolising the melee and “masti” that this country is all about. It was a marketing success, he feels. “It was launched at the right time. There were no definite players in the market. In three months India Circus captured the awareness of the entire country,” he says. “Since it was a design-driven company, we tried to control everything in-house, including promotions on social media.” 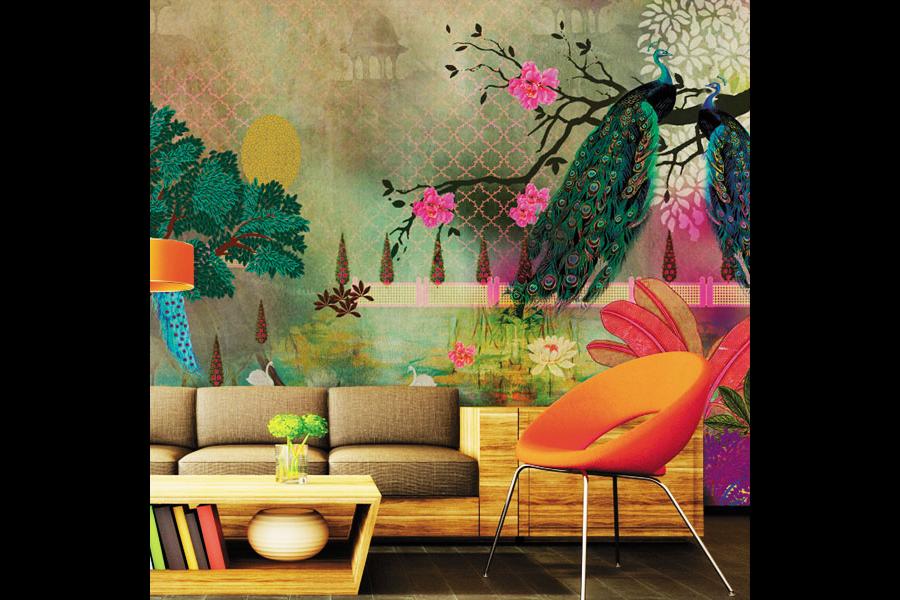 The business attracted attention, including that of Navroze Godrej, head, strategy and innovation, Godrej & Boyce. And it came at the right time. “Online marketing spends are high. To sustain yourself online you have to spend, and, entrepreneurially, you reach a point where you either sustain yourself or you grow. India Circus had reached a point where we were sustaining the brand and were too scared to grow,” says Mehta. “What’s beautiful about our relationship with Godrej is its investment in design itself, and its understanding of the brand. The investment has also provided the brand financial stability to do certain things we couldn’t do earlier, to revamp things, to buy more products.”

Godrej, on his part, saw “synergy in what India Circus does and what we do at Godrej Interio”. “Their philosophy is very similar to ours and we want to supply good design to as many people as possible at affordable prices,” he says. “India Circus is all about fun, energetic and affordable design.”

The brand vision Godrej speaks of is to provide great design at a great price. “Our design travels from classic to pop, with all the various things that happen in between,” says Mehta. “So, amazingly, we interest customers who are between 40 and 60, and we excite customers from 18 to 24. We try to cover all age categories by selling different kinds of designs. What we’ve done right is the sense of style we have. We have travelled between what is sophisticated and what is pop, within the same framework, almost seamlessly.”

The team comprises 40 to 50 people; seven of them are hands-on designers. “We define our design as ethnic chic and contemporary chic. My idea has been that whatever we design should look good in a living room in any part of the world. The design should travel,” says Mehta. The team comes up with new designs every three months.

“Last year, we had no clue that we would be selling hundreds of phone covers every day,” he adds. “The accessories department opened my eyes to a realm of possibilities. So today we are doing passport covers, baggage tags, spectacle cases and various kinds of products.” They spot market needs, experiment to meet them and see if the product can become mainstream, he says. “Our largest categories are home decor and dining.” And although Mehta claims that he fails to understand why mugs are such a huge business, they are. He is also surprised by the success of lap trays, which have become one of his bestsellers.

Offline and online revenues each bring in 50 percent of total sales. “This business will close this financial year with a turnover of Rs 15-20 crore and we expect it to grow five times [further] in the next two to three years,” says Godrej, whose company buys from India Circus for sale.

Apart from stores such as The Bombay Store, Westside and Crossword, India Circus supplies to GVK Airports. It also exports to Thailand, Melbourne, The Netherlands, Slovakia, London, Vietnam and New Zealand.

Now, India Circus is set to open its first store before Diwali in South Mumbai’s Colaba. “The store to me will be a marketing opportunity, an opportunity for people who don’t shop online, and for those who would want to experience the brand,” says Mehta, who draws satisfaction from the rapid growth and stability of the brand. “We have very passionate customers, who shoot pictures of their products and post them. I have not seen any hashtag and brand as exciting as the India Circus hashtag.”