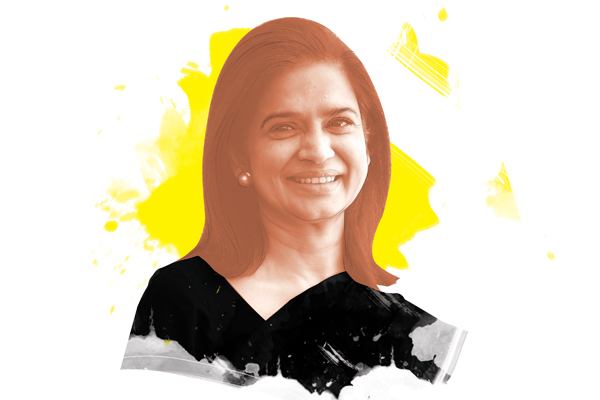 
Nina Lath Gupta, 52, took over at the National Film Development Corporation of India (NFDC) in 2006. At that time, it had negative net worth, huge losses and 250 employees. Today, NFDC has a topline of Rs 116 crore and is profitable with 93 employees. Since 2007, it has produced 27 films across 13 languages and launched 18 directors. Many of these films—The Lunchbox (2013), Ship of Theseus (2013) and Court (2014)—have been critically acclaimed. Anhe Ghore Da Daan (Alms for a Blind Horse, 2012), a Punjabi film produced by NFDC, got the Golden Peacock award at the 43rd International Film Festival of India. But Lath Gupta’s biggest achievement is the creation of Film Bazaar, South Asia’s largest bazaar to market independent films under one umbrella. For Lath Gupta, being a woman, who came from the Indian Revenue Service, making inroads in a largely male-dominated business was not easy. “It was her passion and vision for the business of movies that helped her recreate NFDC. She created an ecosystem that not only looks outwards in terms of industry connect but also drives in growth for independent films with multiple languages in India,” says Vikramjit Roy, head of the Film Facilitation Office at NFDC.

“ Her passion and vision for movies helped her recreate NFDC