With homegrown brands becoming big and going global, network agencies are less dependent on large international clients. Two decades ago, roughly 80 percent of ad spends came from global clients, but it has shrunk to around 50 percent today 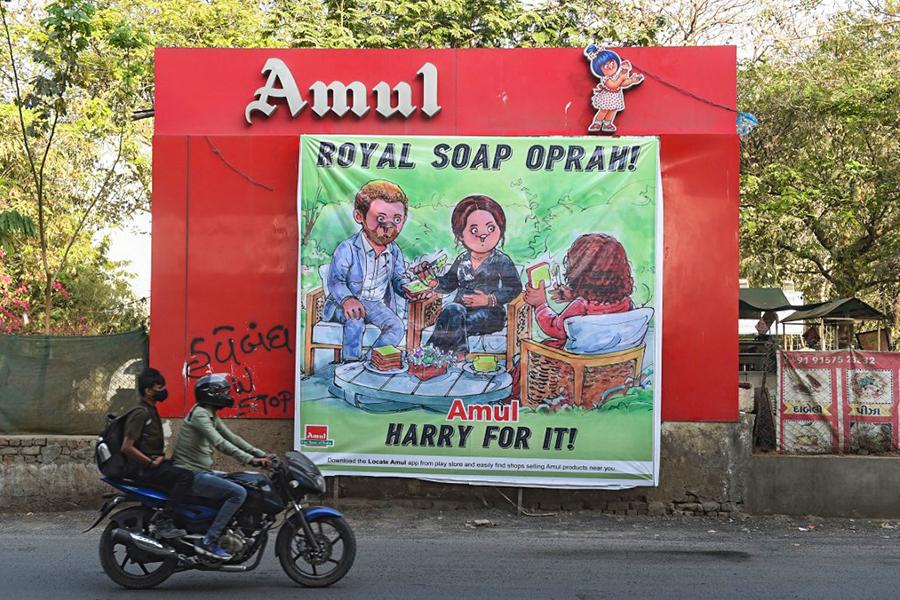 The rise of economies like China and India is rearranging and reshaping the idea of global advertising and media networks. This is happening due to aggressive global ambitions and appetite that local brands are pursuing unlike earlier. Image: Sam Panthaky/ AFP

The world’s largest advertising company WPP Plc has won the mandate to become The Coca-Cola Company’s global marketing network partner. Majority of the beverage giant's $4 billion business was won by WPP after a tedious year-long pitch process. WPP will play a key role in executing a new marketing model that is built to drive long-term growth for the entire company’s portfolio of brands across more than 200 countries and territories.

The Coca-Cola Company has dubbed the contract as one of the ‘biggest marketing deals’ in the brand’s history. However, this global milestone may have a local impact, especially in India, where one of WPP’s leading creative agencies, Wunderman Thompson India, has been handling Coca-Cola rival PepsiCo’s creative duties for a while. Clarification on the matter is yet to come from WPP, inform agency insiders.

In 2021, Meta’s (formerly Facebook Inc) global media account was up for grabs too. Estimated to be worth $750 million, it moved to Publicis Spark Foundry, by beating incumbent agencies such as Mindshare (a WPP group company) and Dentsu, which have served as Facebook's media agencies for about a decade. The pitch included media planning and buying across Meta’s entire business—Instagram, Facebook, WhatsApp, and Messenger.

Big global reviews and account movements tend to have different levels of impact on the local operations of networked agencies. At times, as big accounts move agencies, network companies have to deal with the “firefighting” as big-scale money is involved, especially if it’s a media planning and buying business, shares a senior ad agency chief on the condition of anonymity.

As project-based work is rising on the creative side of the business in the country, revenue-wise, these big movements don’t significantly impact these shops, he adds.

A few senior agency executives that Storyboard18 spoke to, say, global pitches are still skewed towards the US and UK markets. While Asian markets such as China, Japan, and India matter, the big-spending brands want western cultural-led insights from networked companies. Global strategies are often aped locally or, market-specific pitches happen only if the client is ready to spend time and money.

Shashi Sinha, CEO, IPG Mediabrands India, believes that while global businesses give agencies the sheen, the agency’s growth is driven by local businesses. That’s why having a good mix of clients is important.

“Today, 35 percent of our business is from global brands, and the rest comes from local clients. However, there is a lot more an agency picks up while working on global accounts. Networked agencies have quicker access to advanced global tools and techniques. The adaptation of those learnings can therefore be done ahead of time,” he tells Storyboard18.

For instance, when Covid-19 hit a lot of markets before it shook India, Sinha and his team were closely monitoring how brands and agencies of their network were reacting to the situation. This helped them to take quick actions. When dairy major Amul, one of the agency’s oldest local clients, approached them for marketing advice, Sinha advised the company to advertise more, because the category performed well across the world. It worked for Amul which grew during that time.

Case-studies like this change the way the market is looked at too. The rise of economies like China and India is rearranging and reshaping the idea of global advertising and media networks, notes Suraja Kishore, CEO, BBDO India. This is happening due to aggressive global ambitions and appetite that local brands are pursuing unlike earlier.

“To quote a fact—in the last six months, three companies have approached us with a brief for the overseas markets, asking us to be their lead communication partner and manage their global rollout, as we also connect them to our network agencies in other markets,” Kishore shares.

A senior advertising industry executive from a networked agency tells Storyboard18 that homegrown brands are becoming big. He says that two decades back, 80 percent of the ad spends came from international clients but this pie has shrunk to 50 percent.

“…they are still big but for every Reckitt, there’s a Marico, for every Nestle there’s a Dabur and Britannia, for PepsiCo there’s ITC Ltd. Earlier, some agencies existed in India only because they had global clients. For instance, at one point in time, Lintas was known mostly for its work for Unilever but that is changing slowly,” the executive notes.

Most pitches are being won with a combination of great thinking and even greater chemistry. Therefore, local relationships are increasingly becoming a deciding factor for networks to consider while running a global pitch.

“Sometimes certain clients love the work of an agency in local markets so much that even if the global review happens and the account moves to another agency globally, they stick with the same agency in the local markets. For example, Pepsi is handled by BBDO globally but in India, it has been handled by JWT for many years. Similarly, Nescafe has moved globally but in India, the account remains with McCann India,” said a senior ad executive from a network company.

“They would firewall everything and follow all protocols. They have different agency brands which often work on competing businesses. They have different offices and people. For any global pitch, the client wants to know the competing clients that agencies within the group are also handling. That information the client has and nothing is hidden. It’s extremely transparent,” he concludes.

1,736
Thank you for your comment, we value your opinion and the time you took to write to us!

Tweets by @forbesindia
Prev
Storyboard18 | The challenges of auto brands marketing an electric future to Indians
Next
Storyboard18 | NFTs, Metaverse, C2C Future: What's in it for brands?