Creators and influencers on the internet are making chess more accessible and fun for younger people. Is the chess fever here to stay? 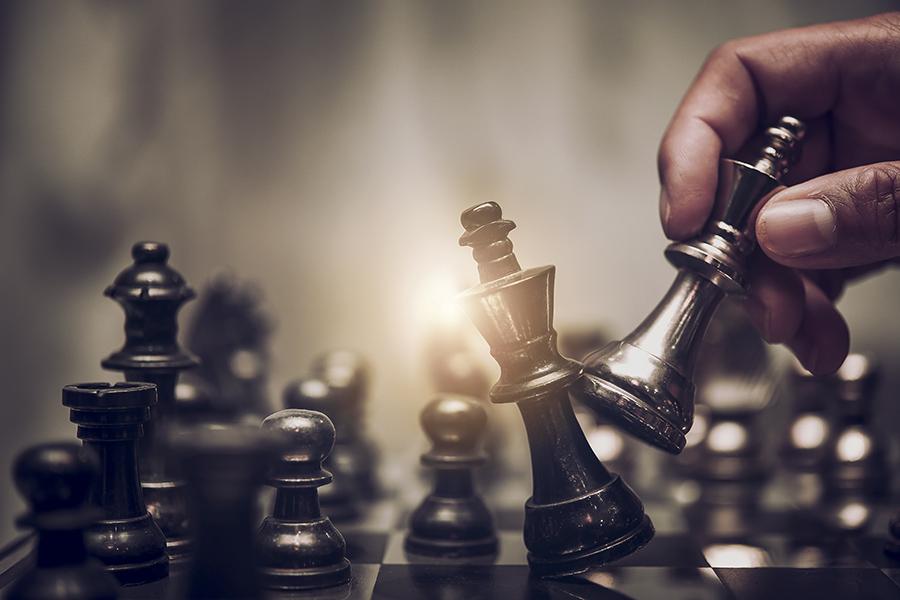 It took two decades for India's Grandmaster count to go from 1 to 20. Viswanathan Anand became the country's first Grandmaster in 1987. Today, India has 70 Grandmasters. Image: Shutterstock

Before the violent survival drama Squid Game took the world by storm and, bizarrely, got six-year-olds in Mumbai playgrounds hooked to a Korean children's game, another Netflix series turned an age-old game into one of the hottest sports of the year.

In 2020, when The Queen’s Gambit released, little did the makers realise the impact it would have on the world of chess.

Almost immediately after its release, Google reported that searches for ‘chess’ were at their highest level in 14 years. Search volumes for 'How to play chess', according to Netflix, also hit a nine-year peak. In the US, sales of chess boards increased in triple digits. The Queen’s Gambit became one of Netflix’s most-watched scripted shows.

The chess bug spread to locked-down India too. ChessBazaar, a manufacturer and supplier in Amritsar, Punjab, recorded sales worth $380,000 in November-December 2020, as opposed to $110,000 for the same period in 2019, as per a feature in Forbes India.

Set in the 1960s, The Queen’s Gambit is a story of an orphaned chess prodigy, Beth Harmon, who struggles with drug addiction while on a quest to become the greatest chess player in the world.

The series, it seems, has inspired many young women to play the 1,500-year-old game. In India, there are 70 grandmasters, but less than 22 are women. The All India Chess Federation is witnessing a surge in women's participation in online matches and tournaments over the past year.

Chess x CreatorsStand-up comedian and YouTuber, Samay Raina’s enthusiasm for chess comes from his grandfather, who encouraged him to take up the game to stay focused and sharp, right from his school days. Raina started live streaming chess games during the lockdown “just to pass time,” and slowly saw interest pouring in from every corner of the world. It started with 40 viewers and now an average of 70,000 people tune in to watch live streams of chess on his channel, Raina tells Storyboard18.

Raina believes there is a larger community out there waiting to be tapped. People from different walks of life are coming together not only to play the game but also to engage and learn all about it, says the 24-year-old Youtuber.

This led to the creation of the Chess Super League (CSL). Raina along with International Master (IM) Sagar Shah, who is also the CEO of ChessBase India, and e-sports company Nodwin Gaming, came together to set up CSL. The first season of the league recently concluded, but they are already preparing for the next one, and a possible league for only juniors is in the works, hints Raina.

The Chess Super League was the first property that was launched after Nodwin’s acquisition of the gaming business of OML, the Indian artist and event management company, and content production house.

Building a league of players and viewersThe teams—The Kingslayers, Brutal Bishops, Krazy Knights, Pivotal Pawns, Quintessential Queens, and Ruthless Rooks, were spearheaded by franchise owners who support and represent their squad through the CSL.

“Chess, which has origins in India, is under-promoted. Players are underrated too. Mainly, because coaching is an expressive affair. With Chess Super League, we want to channel more opportunities for players. With the community of content creators coming together, the interest and the reach are increasingly positive,” says Raina.

Sidharth Kedia, CEO, Nodwin Gaming, tells Storyboard18, although chess is a popular game across the country, there is an important task for brands supporting it. To encourage youngsters to come aboard, brands should communicate to the youth that, “the game not only sharpens cognitive skills but also teaches you patience and strategy,” says Kedia. The company’s marketing plans for promoting chess are heavily focused on younger people.

Mastering marketing of the game for a new audienceIt took two decades for India's Grandmaster count to go from 1 to 20. Viswanathan Anand became the country's first Grandmaster in 1987. Today, India has 70 Grandmasters. The Tata Steel Chess tournament, India’s only world-class chess event, kicked off this week and has made Anand the mentor to Indian players in the event.

A few creators are invited to cover the event for wider reach.

The involvement of social media influencers and creators has given the game the push it needed, says Jigar Rambhia, national director – sports, Wavemaker India. “For any sport to do well, it needs to be viewer-friendly,” he says. As creators are adding the “fun” element to the game, it will attract newer fan bases, believes Rambhia.

Gaurav Bahirvani, founder and CEO, One One Six Network, has similar views. “The elitist approach to chess must be dropped first. I think the game must be repositioned to cater to anyone who is interested in learning or developing their skills.” Bahirvani suggests, “A national-level campaign must be put in place by the sports ministry” to drive further interest in the same from all pockets of the country.

Today, the best way to market anything is to create content around it. The Queen’s Gambit was the initial trigger, but with global audiences making content around chess either as videos or streams has enabled a huge “potential audience” to cross over the line. Bahirvani concludes, “Indian content creators must focus on creating quality content which not only talks about the game or streams it, but also enables viewers to connect the game to their lives.”

2,207
Thank you for your comment, we value your opinion and the time you took to write to us!

Tweets by @forbesindia
Prev
Storyboard18 | Brands cannot be cautious of people; you never know where the next insight will come from: CMO Rahul Gandhi
Next
Storyboard18 | Everything we do is customer first: Meesho's Vidit Aatrey