How the Queen's Gambit sparked a chess frenzy 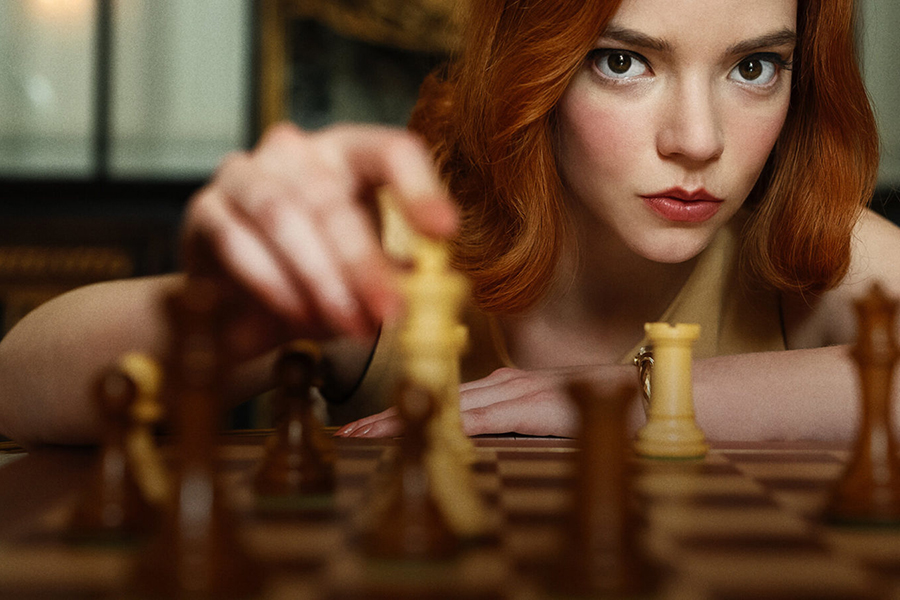 While browsing Netflix one evening, former Punjab chess champion Pahul Kaur Chabbra came across the mini-series The Queen’s Gambit. “It was fascinating to watch the trailer; a female-centric, chess-based show seemed interesting,” she says, ending up watching all seven episodes at one go. “It was captivating, and since I’ve played chess I could relate to Beth [the protagonist, played by actor Anya Taylor-Joy] and her struggles of trying to fit into a man’s world.”

Chabbra, a law student, stopped playing chess to focus on her studies. “Watching the show made me realise what I’m missing out. It’s such a powerful game, and it has shaped me as a person,” she says. The show's portrayal of chess convinced her to start playing again. “I’ve started playing online matches and eventually wish to resume playing tournaments. There is no game as fascinating as chess; it's an escape, a much-needed one in these times.”

The Queen’s Gambit has led to a sharp rise in interest in chess. Just like Chabbra, a number of people are now playing the game.  For various chess websites, traffic and engagement levels are at an all-time high.

Based on a 1983 novel of the same name by Walter Travis, the bildungsroman is about chess prodigy Beth Harmon. Set in the US of the 1960s, the series shows the journey of the orphaned girl who becomes the world's greatest chess player while struggling with emotional problems and substance abuse.

Its depictions of concepts such as fighting-against-all-odds, women empowerment, and talent-triumphs-privilege have resonated globally. Since the release of the series on October 23, Google reported that searches for ‘chess’ are at their highest level in 14 years. Search volumes for 'How to play chess', according to Netflix, has hit a nine-year peak. The Queen’s Gambit has become Netflix’s most-watched scripted show ever, with a record 62 million households having watched it in the first 28 days, making it one of the top 10 in 92 countries and No 1 in 63 countries. 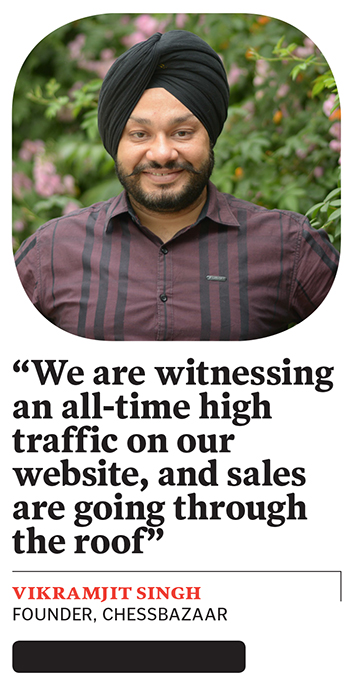 The series has led to an increased interest in chess in India. While the Covid-19 pandemic prompted people staying at home to try out the board game, the show led to increased conversations about it. “My friends have started calling me to ask about the various strategies and moves mentioned in the series. It’s interesting to see them being invested in chess like never before,” says Dushyant Sharma (17), a FIDE (International Chess Federation) Master. “While browsing social media, I recently saw a [Youtube] streamer talk about Among Us, PubG, and chess. It was great to see chess being as viral as PubG. I hope this trend continues even when the hype around the show dies out.”

Indian makers of chess sets and related items are also witnessing a sharp increase in sales. ChessBazaar, a manufacturer and supplier in Amritsar, Punjab, has recorded sales worth $380,000 in November-December 2020, as opposed to $110,000 for the same period last year. “We’re expecting sales worth $50,000 in just the last week of December. We are witnessing an all-time high traffic on our website, and sales are going through the roof,” says Vikramjit Singh, founder, ChessBazaar. “Though Christmas is the peak time for people to buy chess sets as gifts, this year sales are three to four times higher than previous years.” The ChessBazaar website says: “We’re sold out of Christmas delivery slots.”

Chess.com, an internet chess server and social networking site, has said that interest in the game spurred by the show has seen its daily registrations go up by as much as 400 percent. Founder and CEO Erik Allebest wrote in a blog that the website saw a 160 percent increase in people playing 'Live Chess' over last year, and a 67 percent increase in November alone. “Chess is currently experiencing a surge that hasn't been seen since the days of Bobby Fischer versus Boris Spassky in 1972. We honestly never expected this level of chess interest, born from a combination of a Covid resurgence, The Queen’s Gambit on Netflix, and massive amounts of news coverage in the media,” he writes.

“India's Chess Olympiad win, The Queen's Gambit, and the massive amount of media coverage have become catalysts in creating immense interest for chess in the country over the last few months,” says Niranjan Navalgund, a FIDE Master and community manager for Chess.com India. “There is a rise in the number of female players on the site. A lot of chess masters are taking up streaming, and are contributing towards making the game popular. As a result, every day is a new record on Chess.com.”

According to the site, Beth Harmon’s dizzying rise has prompted more women than usual to register and they are also spending more time on the site than men. The website has even launched ‘Beth Harmon bots’, against whom users can play.

“The number of people inquiring about chess has increased. People now ask me questions about the various ways in which they can pursue chess,” says Bharat Singh Chauhan, secretary, All India Chess Federation. “In India, we have 66 grandmasters, less than 20 of who are women. This mini-series has encouraged women to take up the game. I’ve seen a surge in women participation in online matches and tournaments.”

The Delhi International Open Grandmasters Chess Tournament is one of the most awaited tournaments in the country, which could not be conducted this year due to the pandemic. “For that tournament, where we usually have around 3,000 people participating, this year we have seen more than 10,000 people enquiring about it,” adds Chauhan.

“The series has become a medium for parents to understand the opportunities and challenges involved in the game of chess. If the number of players increases, the demand for good coaches will also increase. Additionally, it will become easy for sponsors to come forward when the sport itself is highly popular. I feel that The Queen’s Gambit is pushing these numbers to a great extent. The series has become a talking point everywhere, and it goes on to show the power of good content.”

According to Profitero, an ecommerce performance analytics firm, Amazon searches for ‘chess set’ have risen by 857 percent over the past three months, with sets moving steadily up the best-seller rankings in the US and the UK.

Vijaya Enterprises- Chessbyindia.com, a maker and exporter of wooden chess to countries such as the US, UK, Canada, Russia and Japan has seen a twofold increase in orders over the last three months. “We’re currently working 20 hours a day to meet the excess demand created by The Queen’s Gambit. Every week we get calls from buyers asking us to send fresh stock,” says founder Vijay Seth. He points out that excess demand is becoming a problem, since the availability of wood is limited.

Kyt, an extracurricular edtech platform that started this June, plans to offer chess along with a bunch of other activities for children between five and 16 years of age, starting January. “We have started taking bookings and it’s interesting to see how keen parents are to enrol their children for the course. Bookings started in mid-November and last week alone we saw a 500 percent increase. A lot has to do with the success of The Queen’s Gambit, and India winning the first-ever gold medal in the FIDE in August,” says founder Bhavik Rathod. “It’s good to see this increased preference for chess; this will not only lead to the personal development of children but also help India be better placed in the world chess scenario.”

“Preference for the game has grown by leaps and bounds compared to when I was starting out. Chess is now being considered as a sport and has a huge fan base. The show has had a massive impact; people who have never spoken about chess ask questions now,” says Viswanathan Anand, former world chess champion and the first grandmaster from India, based on whose life Hindi film director and producer Anand L Rai is planning a biopic. “The potential for chess is huge; the future is what we make of it. I would like to see the younger population participate in the game more and represent India in world championships. The current spurt of interest might be the precursor to the change.”

“Stories have great power and, if told well, they can have a lot of influence. Anand’s biopic would be a great step to further increase the interest for chess in India,” says Navalgund.

Tweets by @forbesindia
Israeli government collapses, forcing 4th election in 2 years
Photo of the Day: View from the top