FM Arun Jaitley may not have played to the galleries, but his Budget 2016 cannot be faulted on too many counts 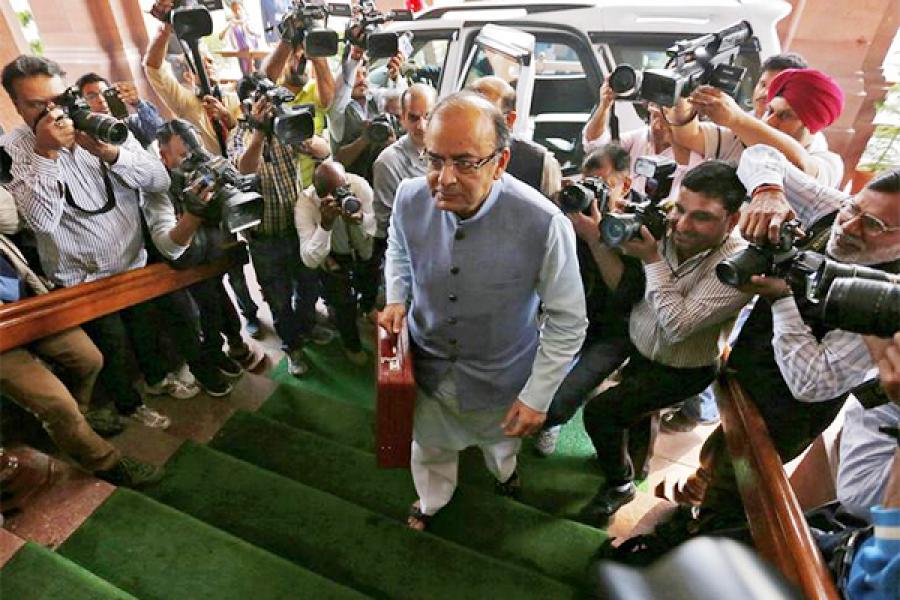 Trust the markets to over-react and then get their bearings back after going through Finance Minister Arun Jaitley’s Budget 2016 in detail.

To be sure, Budget 2016 seeks to address some of the key pain points in the economy, and also does not spring any major negative surprises which could have derailed the fragile growth momentum currently being witnessed in the Indian economy amid major global challenges. Most importantly, Jaitley’s 2016 Budget speech speaks the right language.

What the FM does is to present a big picture Budget, a ‘transformative agenda’ which is rooted in what he outlines as his nine pillars: agri and farm welfare; the rural sector; the social sector including health care; education, skills and job creation; infrastructure and investment; financial sector reforms; governance and the ease of doing business; fiscal discipline and tax reform. Meticulously, the finance minister has sought to address some of the issues under each head while underscoring his commitment to remaining firmly on the path of fiscal consolidation.

Let’s take the fiscal consolidation commitment first. Jaitley has made it clear that, despite the urgent need to push growth, he will not waver from the consolidation path and has stuck to the 3.5% fiscal deficit target for FY17, a signal to the global community that India means business on this front. This should also come as good news for the Reserve Bank of India and provide Governor Raghuram Rajan some leeway were he to move towards cutting rates once again to push the growth engine.

However, even as Jaitley stuck to the fiscal path, he did manage to provide a major push to the farm sector and to infrastructure. Consider some of these figures: A Rs 35,984 crore allocation to agriculture and farmers’ welfare. The FM has stressed on the need to move farmers from food security to income security with the aim of doubling farmers’ incomes by 2022. Given the state of rural demand, this push, once implemented correctly, can alter rural demand and generate multiplier effects in the process. There’s also a big push on irrigation and large sums allocated on that front.

Roads and highways also gets major emphasis in Budget 2016, with a total outlay of Rs 2,18,00 crore being earmarked for roads and railways together in FY17. Rs 55,000 crore  has been earmarked in the Budget for roads for that year.

Huge expectations were building up around bank recapitalization, given the sorry state of the balance sheets of state-owned banks. The Budget allocates Rs 25,000 crore towards bank recap for FY17, a figure the markets immediately concluded was too low. However, Jaitley did add that the government stood firmly behind state-owned banks and would back them with more funds as and when necessary. As veteran bankers like Deepak Parekh said after the speech, there was little cause, then, for the markets to be too disappointed on that count. After all, the road ahead would have to be for state-run banks to get more professional in their operations and, eventually, tap the markets again for funds when their balance sheets improved.

On the disinvestment front, the government has been woefully short of target in FY16, managing to raise only Rs 13,300 crore against a target of Rs 69,500 crore. A wiser finance minister has pared the FY17 target rather drastically, and pegged it at Rs 36,000 crore. He expects to garner Rs 20,500 crore by way of strategic sales in FY17. More importantly, state-run units will also be encouraged to divest assets like land and manufacturing units so that the resources generated can be pumped into new projects. The state-run units to be earmarked for strategic sale will be identified by NITI Aayog.

Jaitley’s Budget clearly aims at giving some relief to the salaried class and tax the super rich. ‘Crorepatis’, those with income over Rs 1 crore will have to pay higher surcharge of 15%, up from 12%, while an additional 10% tax on gross amount of dividend will be levied on individuals receiving over Rs 10 lakh by way of dividend per annum. There’s also TDS of 1% on purchase of luxury cars over Rs 10 lakh and goods and services exceeding Rs 2 lakh. On the other hand, the limit of deduction on house rent paid under section 86GG has been raised from Rs 24,000 per annum to Rs 60,000 per annum, and the ceiling of tax rebate under section 87 A has been raised to Rs 5000 from Rs 2000.

Perhaps the major highlight of this Budget is the move on providing a stable and predictable tax regime. A limited window for voluntary disclosure of undisclosed income (to be taxed at 45%, with immunity from prosecution), a new dispute resolution mechanism, a one-time dispute resolution scheme for ongoing cases of retrospective amendment and the setting up of a high level committee under the revenue secretary to oversee fresh cases where the retro amendment is applied are steps in the right direction and are bound to assuage foreign investments and the corporate sector as a whole.

For a Budget which comes against the background of serious global economic headwinds, falling exports and slowing investments, Jaitley has, to his credit, addressed the key areas which demand immediate attention. Service taxes haven’t been raised (barring the Krishi Kalyan Cess of 0.5%), and while he has raised taxed some areas of the markets, like the options segment and the auto sector, the overall thrust has been to provide a boost to growth even in the midst of a challenging environment.

While much of the Budget’s success will depend on its implementation, Finance Minister Arun Jaitley does deserve high marks for keeping his eyes firmly on the ball and balancing the twin requirements of fiscal prudence and providing an impetus to growth. It is not an easy task to try and revive rural demand, push infrastructure spending and raise enough resources at the same time even as the Pay Commission recommendations and One Rank One Pension scheme stare him in the face. But Jaitley has decided to walk his talk. And Prime Minister Narendra Modi’s as well.

Tweets by @forbesindia
Market totters, then calms down
FM's health care push for the marginalised