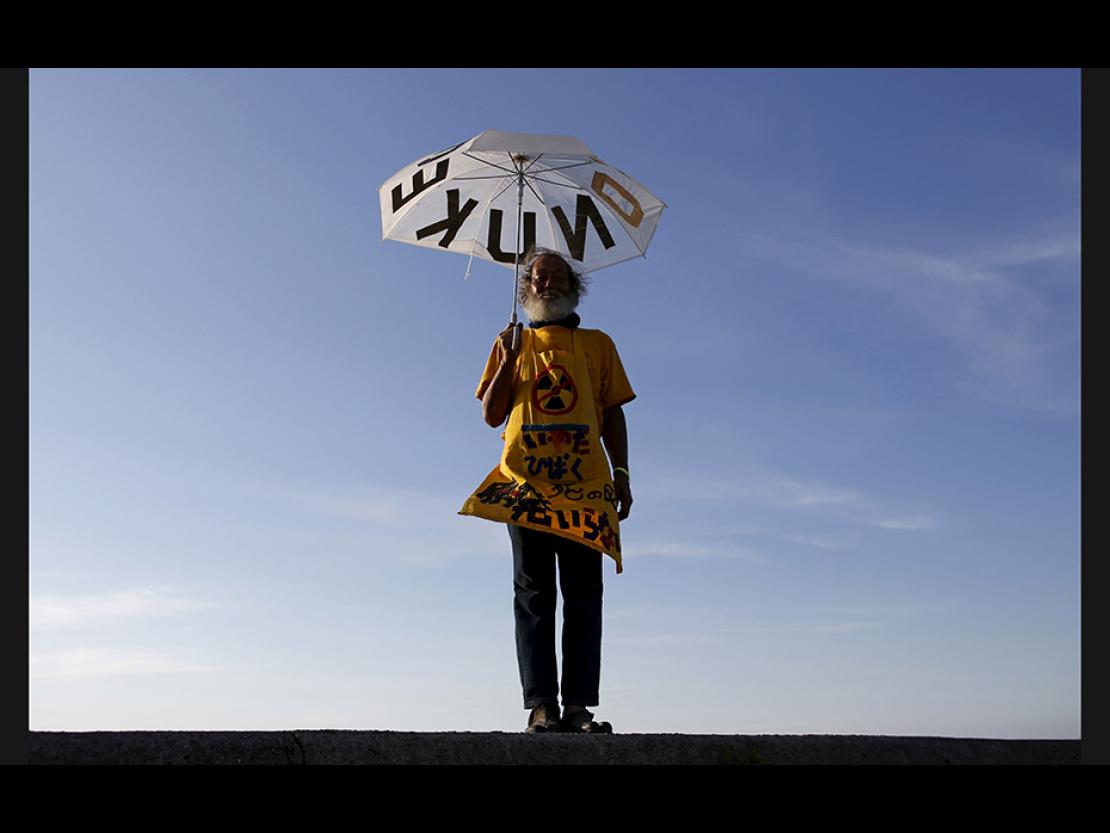 5/14
Mitsuro Sudo, 66, poses for a photograph during a protest near Kyushu Electric Power's Sendai nuclear power station in Satsumasendai, Kagoshima prefecture, Japan, on August 8. Japan on August 13 restarted its first nuclear reactor since the Fukushima disaster in March 2011 which resulted in a series of meltdowns. The plant’s second reactor could be restarted in October. Japanese PM Shinzo Abe reassured the citizens that tougher standards mean the sector is now safe. The head of Japan's atomic watchdog also said that the new safety regime meant a repeat of the Fukushima disaster would not happen, but protesters outside the Sendai plant were not convinced