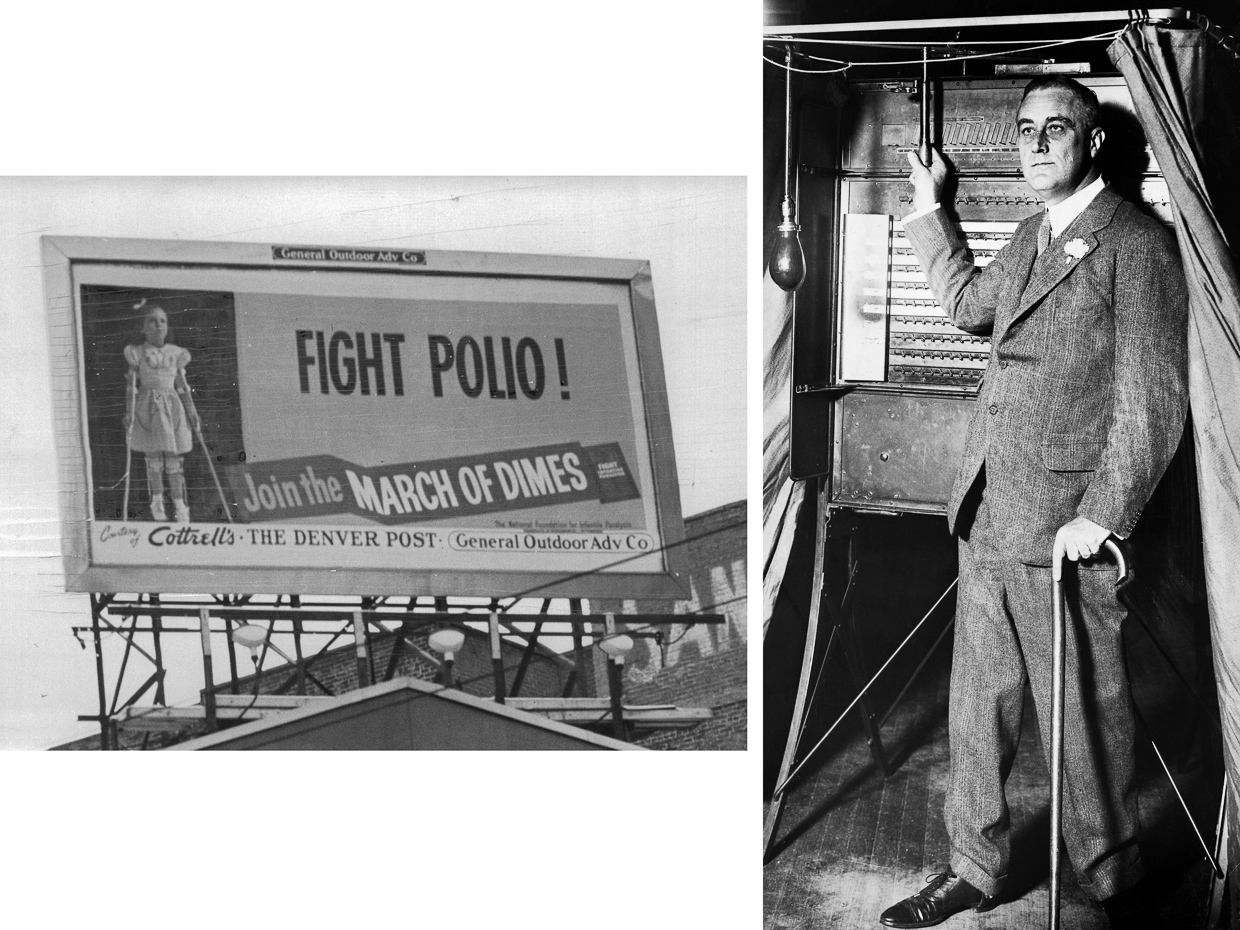 US President Franklin D Roosevelt (right) was 39 when he contracted polio and was never able to walk again on his own. This led him to found the National Foundation for Infantile Paralysis in 1938 (later named March of Dimes), a philanthropic initiative to uncover the mysteries of polio. It raised money—literally urging Americans to send loose dimes—to sponsor clinical trials for Jonas Salk’s polio vaccine. Tested in a massive field trial in 1954 that involved 1.8 million schoolchildren known as “polio pioneers”, the Salk vaccine was licenced for use on April 12, 1955. By the 1960s, polio cases in America dropped from 45,000 to fewer than 1,000. March of Dimes has since adopted a global mission to combat a wide range of birth defects, and help mothers and premature babies.