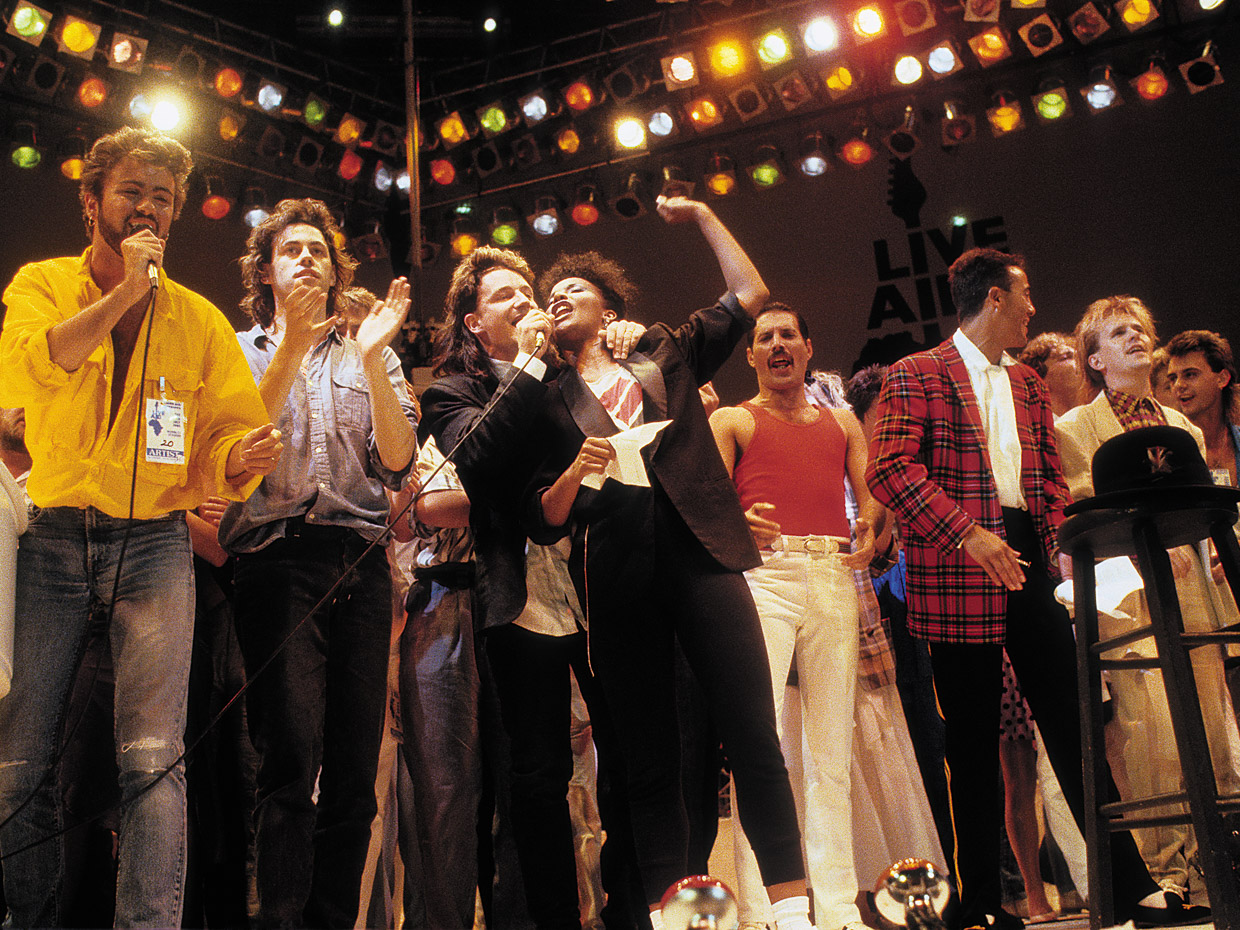 FAMINE AND A CONCERT TICKET

When the heartbreaking images of famine victims in Ethiopia were brought to the attention of the West by a BBC television report in 1984, the images of starving children moved the lead singer of the Boomtown Rats, Bob Geldof (second from left), and Ultravox's Midge Ure to write the charity single “Do They Know It’s Christmas?” and assemble an all-star group to record it that November. After accompanying the first shipment of aid to Ethiopia funded by the sale of the song in the spring of 1985, Geldof returned home to London, determined to do more; it led to the birth of the Live Aid all-star benefit concert. Paul McCartney, David Bowie, and Madonna played beneath a “Feed the World” banner on stages in London and Philadelphia, attended by almost 175,000 people at both venues, and raised an initial $80 million, transforming the purchase of records and concert tickets into meaningful charitable contributions, and prompting viewers worldwide to contribute. The concert gave rise to the trend of high-profile, celebrity-endorsed charitable efforts, and changed the nature of fundraising in the process.