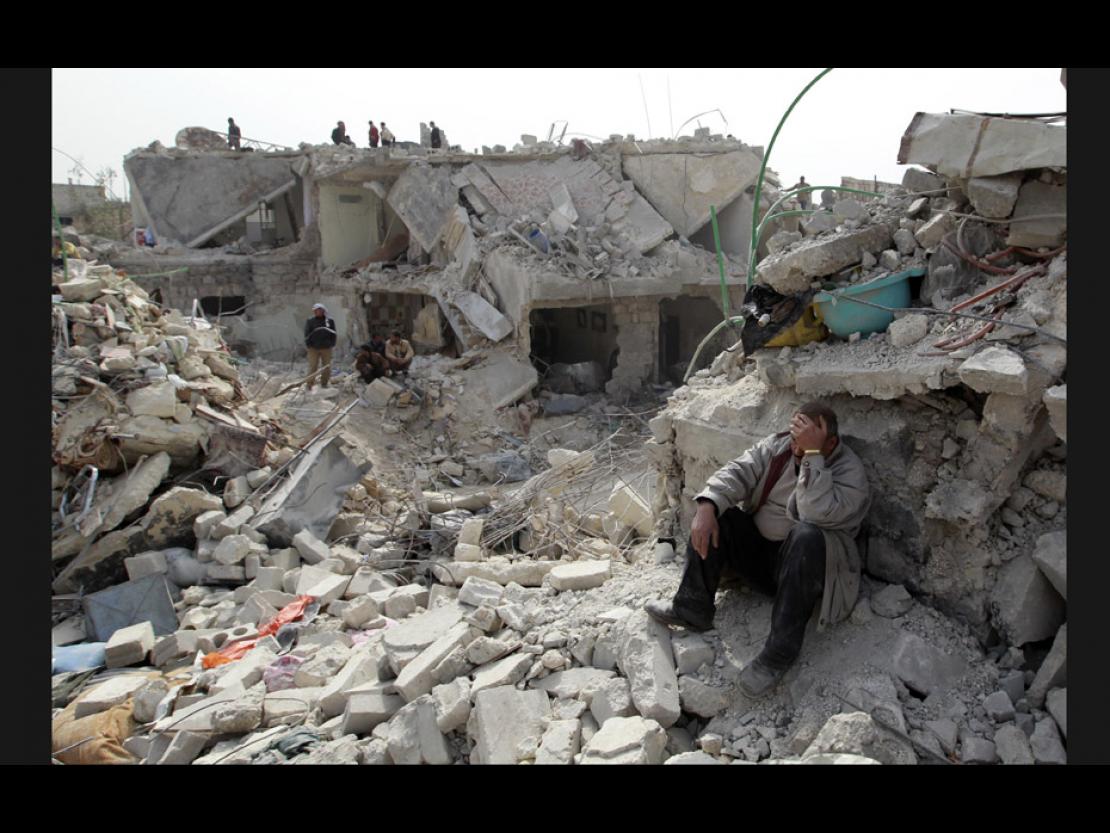 2/16
A dejected man sits in the midst of rubble at a site hit by what activists said was a Scud missile in Aleppo's Ard al-Hamra neighbourhood on February 23. Rockets struck eastern districts of Aleppo, Syria's biggest city the day before, killing at least 29 people and trapping a family of 10 in the ruins of their home