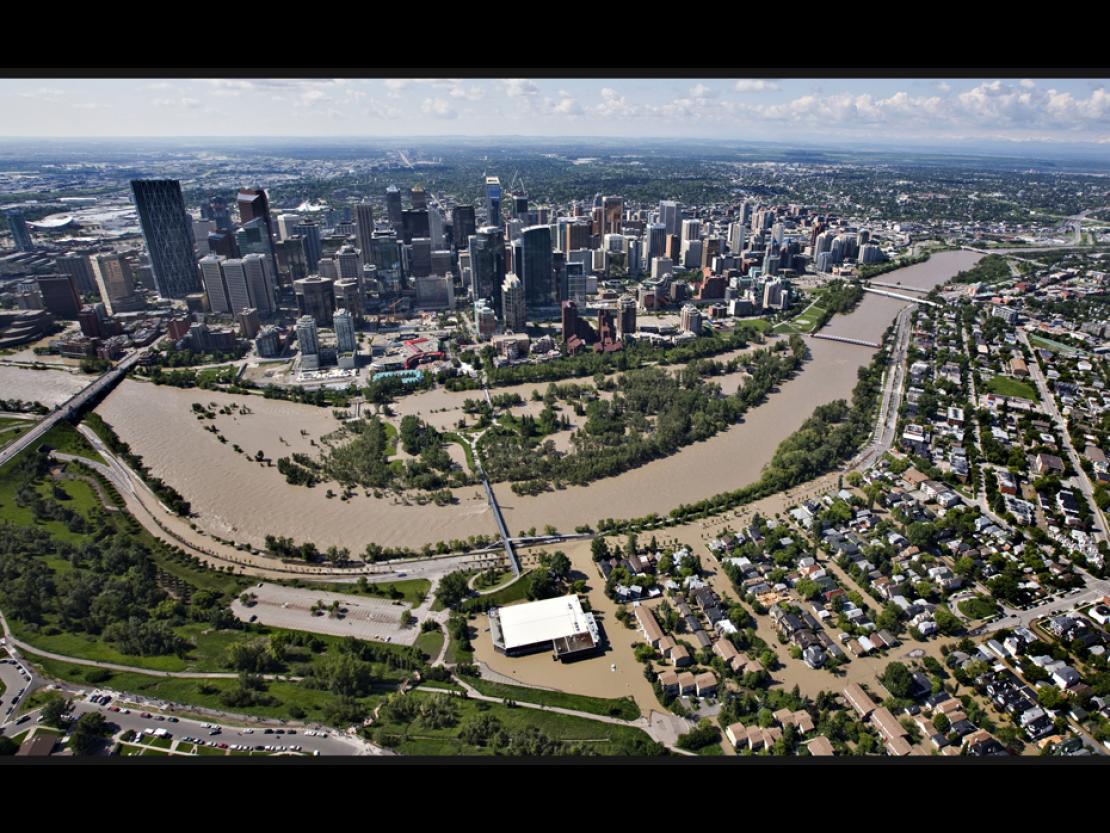 5/16
The Bow River overflows its banks into the downtown core and residential areas in Calgary, Alberta. The heaviest floods in decades shut down the Canadian oil capital of Calgary, forcing the evacuations of tens of thousands of residents and shutting the Alberta city's downtown core. Some 1,300 troops were deployed to help with rescues and the mandatory evacuations that forced 100,000 people from their homes in Calgary and thousands more in the small towns surrounding the city