LeverageEdu, a platform focussed on career counselling and university admission, has catered to about 10,000 students and is on course to clock Rs 10 crore in revenue in FY20 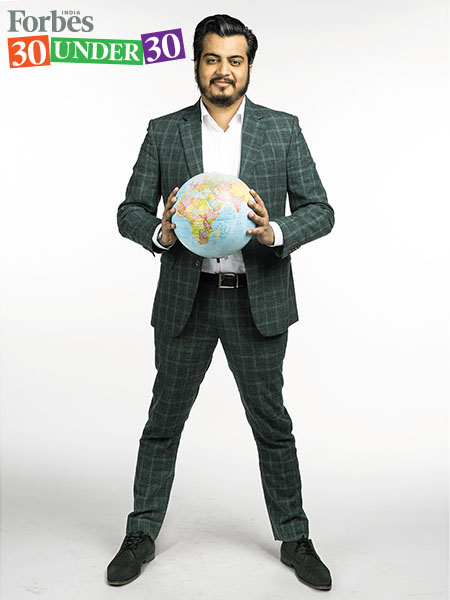 Growing up, Charles Dickens and Charlotte Bronte were as much a part of Akshay Chaturvedi’s life as were academic books. His parents fed him dollops of literature to improve his English. Chaturvedi took home a lesson. “If ever there was a problem that I was going to solve, it was to be in education, aimed towards the middle India… those who aspire to and successfully transform their children’s future,” he says.

Years later, as a student at the Indian School of Business, where he doubled up as director of the student board, Chaturvedi spotted a business opportunity in higher education. “It was a huge white space, tough to crack and difficult to build solid moats,” he says.

Chaturvedi, it seems, has cracked the code. Leverage Edu, his maiden venture focussed on career counselling and university admission, is on course to clock ₹10 crore in revenue in FY20 and has raised about $3.5 million from the likes of Blume Ventures and DSG Consumer Partners, across two funding rounds. He claims to have catered to about 10,000 students.

“The scale of the overseas education opportunity set is even more massive than we imagined and the pace at which the team has executed has meant that we are happy to see ourselves co-leading a second round with DSG,” says Karthik Reddy, managing partner at Blume Ventures.

Leverage Edu (earlier called Leverage) started in 2015 as a platform to connect students with mentors. It was incubated at the Draper University in Silicon Valley, an entrepreneurship school. Leverage Edu handles everything from counselling to admission. It also helps students with education loans and accommodation.

“A large part of their success is the unrelenting focus on making the student the core of everything,” says Deepak Shahdadpuri, managing director, DSG Consumer.