Reviving a song that played in the head of every Indian for over 20 years was never going to be easy, but adman Kailash Surendranath, who was producer on the original, fractures the iconic Mile Sur Mera Tumhara in his attempt to refresh it.

Unlike the original, this is not really a song but a 16-minute star platform for the celebs who signed on. 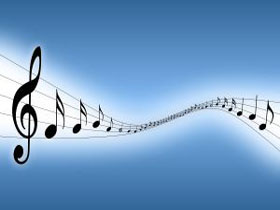 Because of the length, perhaps, it looks like they were pretty much allowed to do what they wanted. Music directors Shankar, Ehsaan & Loy give it their own take, violinist L. Subramaniam and family add lines in English and Kannada in their own style, Sonu Nigam adds a rock feel, as does Shaan. So the song has several different tunes, not the catchy melody of the original, and there is nothing left to hum when the song is over. And the visuals are even more disjointed.
In the original, the national integration theme came through; in the remake, the interminable length, and the disproportionate amount of time given to Bollywood (there’s even a rain-drenched actress, and what looks like a lot of lip-synching) makes it an extended item song version of a classic.

Sure, the makers were in a tough spot, given that anyone who grew up with the original would have found it was better in their memories. For the younger people who feel Phir Mile Sur works, one piece of advice: Go watch the original on YouTube.