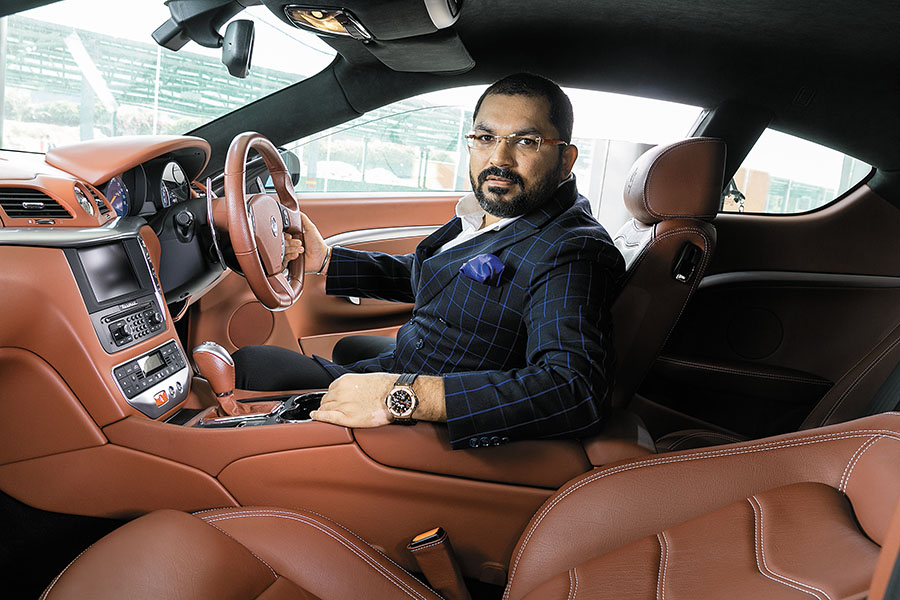 Marvin Davis, the late American industrialist, once famously made the quip that “as men get older, the toys get more expensive”. Gurugram-based Ricky Mehta, a 40-year-old pilot with a private airline, would beg to disagree. In fact, he may want to argue that the toys only get cheaper. Here’s how:

In January, Mehta bought a 2015 model of the Maserati GranTurismo. The 2018 model carries an on-road tag of ₹2.5 crore. Mehta managed to shave a crore off the price tag by opting for a pre-owned—second-hand, if you insist—model of the Italian beauty. For good measure, he also opted for equated monthly instalments (EMIs). “How does it matter? A luxury car is always owned, and never pre-owned,” grins the proud owner of a three-year-old GranTurismo. For those aspiring to own a piece of high-end luxury, Mehta lets on, there should be no distinction between new and used. “The smart ones buy pre-owned,” he beams.

It’s smart alecs like Mehta who have propelled a Gurugram-headquartered retailer of pre-owned luxury cars on a high-octane growth trajectory. Founded in 2009, Big Boy Toyz posted revenue of ₹250 crore in the fiscal year ended March 2018. Boasting a wide range of luxury models from brands such as Bentley, Ferrari, Cadillac and Aston Martin, cars sold at Big Boy Toyz straddle a price range from ₹50 lakh to ₹4 crore.

“For almost 40 percent of the cars that we sell, buyers don’t even come to the store for inspection. They check the pictures, make a payment and the car is delivered,” says Jatin Ahuja, founder of Big Boy Toyz. The company, he claims, has sold cars to over 8,000 customers so far, and counts celebrities such as cricketers Virat Kohli and Yuvraj Singh, and businessman Cyrus Poonawalla among others as his clients (on the sell side, celebrities tend to dispose of their Limos and Lambos rather quickly to make space for newer ones).

Though there has been an uptick in consumers opting for pre-owned luxury cars over the last few years, the beginning was not easy. Reason: The concept of retailing pre-owned luxury cars didn’t exist, the credibility of those dealing in used cars was suspect and there were not many takers.

“People didn’t have trust in used-car dealers. In fact, it was not even considered an industry,” recounts Ahuja, who started his entrepreneurial journey from a small rented automobile refurbishing studio in Delhi nine years ago. For the then-23-year-old Ahuja, cars are not just cars. They are his passion, dream and business. “I knew my future was all about wheels, engines and horsepower,” recalls Ahuja, who sold his first pre-owned car as a 17-year-old undergrad in Delhi University when he refurbished a Mercedes S Class.

Yet, in the early days of Big Boy Toyz, the negative perception around used cars made it hard to woo consumers. “Some even went to the extent of saying that they would buy a new Maruti rather than a pre-owned Mercedes,” Ahuja recounts. The credentials of the dealer, the history of the car and the authenticity of the product still clouded the judgement of the potential buyers. The first big break, however, came soon in August 2009 when Big Boy Toyz sold a Range Rover for ₹70 lakh.

Slowly but steadily, as the business grew on the back of word-of-mouth, consumers started trusting the company, and the credibility of the pre-owned segment got a massive boost. That there are buyers who make purchase decisions based just on pictures on the website is testimony to how Big Boy Toyz changed the perception around high-end used cars. 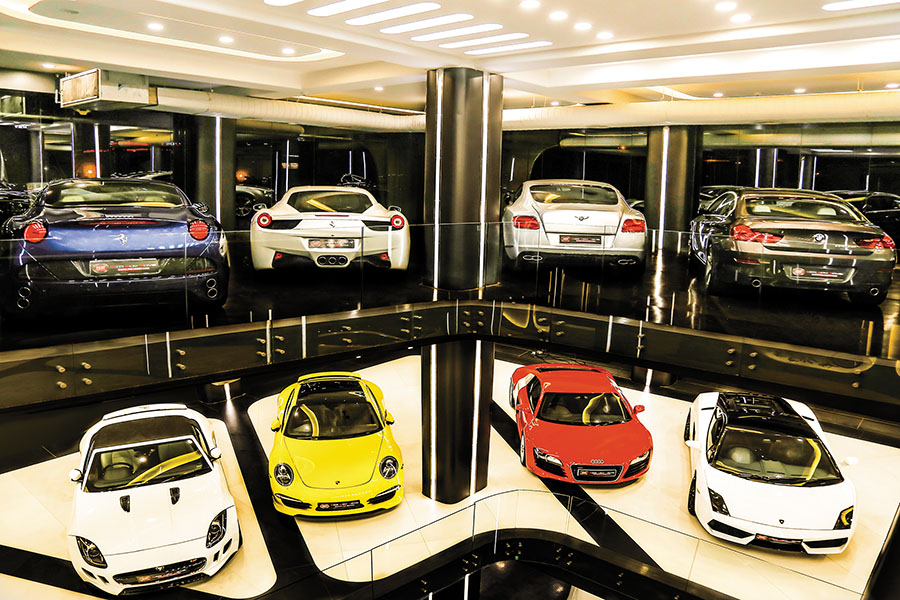 Gaining trust also meant laying down an elaborate mechanism to ensure quality of the cars, which go through over a rigorous 150-point check list before being put up for sale. Cars with an over-20,000 km history and a manufacturing date before 2015 don’t make the cut. A thorough background check of the car is also done to ensure that the vehicle is accident- and litigation-free.

Another challenge for Ahuja was to convince financial institutions such as banks and investors of the long-term viability of the sector. The task, however, didn’t turn out to be an onerous one. A perceptible change in the attitude of the consumers towards owing pre-owned luxury cars and a steady uptick in demand opened the eyes of the sceptics to the potential of the sector.

India, reckons Ahuja, is one of the highest growth markets for premium cars. There are a large number of buyers who are extremely driven to purchase a car of their dreams. Though initially the focus was on full-scale and ultra-luxury cars like the Rolls-Royce, Ferrari and Bentley—where price tags are in the ₹4 crore to ₹6 crore range—consumers found a sweet spot in the mid-level space, in the ₹1 crore to ₹1.5 crore bracket. “We focus more on a pull strategy, rather than pushing products, through advertising and marketing,” he says, adding that the pre-owned luxury car market in India is estimated at $1 billion.

Not surprisingly, others too are taking the plunge. Take, for instance, Mahindra First Choice Wheels. In early September, the multi-brand certified used car firm entered into certified pre-owned luxury segment with its brand Edition in Mumbai.

The used-luxury car segment, reckon experts, is growing at twice the rate of the new luxury vehicles segment. While the luxury car market is growing in the range of 12 percent to 15 percent annually, used luxury is growing at 22 percent to 24 percent, asserts Rajeev Singh, partner at Deloitte India. The reasons are not hard to fathom: Growing prosperity among Indians, including increasing number of women buyers, higher disposable income and attractive price points.

The temptation to buy a pre-owned luxury car at almost the same price as that of a premium sedan has helped. For instance, one can buy an entry-level used luxury car such as BMW, Audi or Merc in a price band of ₹10 lakh and ₹15 lakh, the same price bracket in which a Honda City or Hyundai Creta sell. That most of these luxury used car buyers are car enthusiasts has also done its bit to expand the market. And because of the rapidly-depreciating value of luxury cars, owners are always in a hurry to upgrade by selling the used models. “Car enthusiasts prefer opting for used vehicles as the cost comes down considerably while the performance remains top notch,” explains Singh.

The success of pre-owned luxury car retailers such as Big Boy Toyz, aver marketing experts, mirrors the story of rising aspirations among Indians to own a slice of luxury. This explains the move by the American iconic bike maker Harley Davidson to enter the pre-owned segment in early September, says Ashita Aggarwal, marketing professor at SP Jain Institute of Management and Research. “Pre-owned luxury has democratised the high-end car market in India.”

What perhaps has also sweetened the deal for Big Boy Toyz is the disappearance of the stigma of owning a pre-owned luxury car. Pre-owned, avers brand strategist Harish Bijoor, is a scar in India at the bottom and middle-end of the car market. But not at the end of luxury. “At the end of really high-end, the real question is ‘who-owned’ rather than ‘pre-owned’,” he says.

Ahuja agrees. “People are certainly more open to buying pre-owned luxury cars now,” he says. The cars, he lets on, are not just an automobile or a product. They are someone’s dream, and symbolise the success that a buyer has attained in society. “Cars reflect the person’s identity, personality and social position,” he says, adding that the company is planning to foray into southern India by opening dealerships in Hyderabad and Bengaluru.

A four-fold growth in three years? Ahuja sounds confident. The attempt, he explains, is to undertake the most challenging tasks that have the potential to either transform the industry or fail miserably. “Either way, I gain some invaluable lessons,” he smiles.