This year will separate the boys from the men, says Alok Mittal 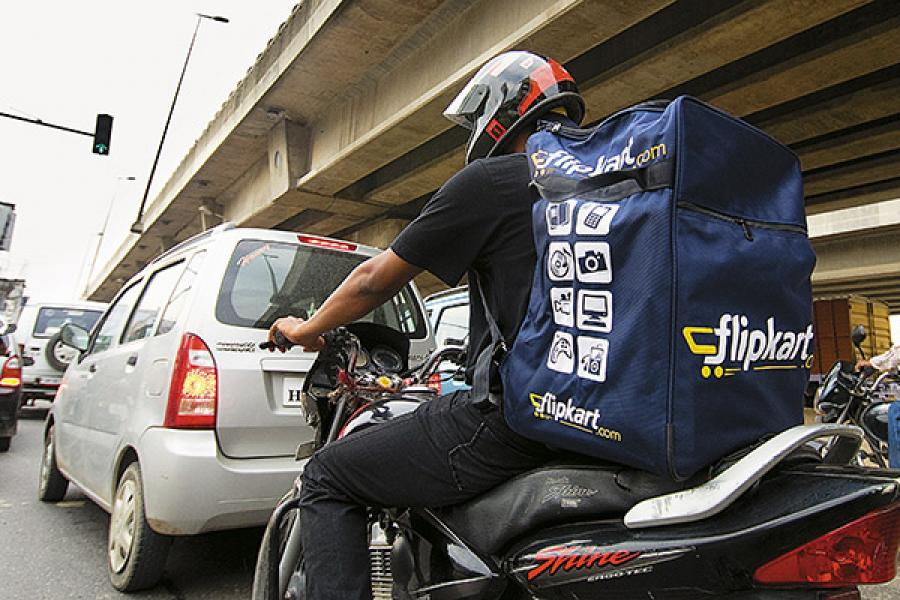 Image: Amit Verma
The coming year could see the winners of the e-commerce industry emerge

There has been a lot of momentum behind e-commerce businesses in India over the past two years. In terms of investments, the sector has had a roller-coaster ride from very high valuations to what can now be called muted interest. I explore some of the key challenges Indian e-commerce players will need to navigate in 2013.

The Profitability Challenge
There has been a fair degree of focus around profitability in e-commerce ventures over the past few months. There are different ‘levels’ of profit in the consumer internet space. At the first level, are you selling products for more than what you’re buying them for? Till last year that was a problem because many e-commerce companies were buying products at, say, Rs 1,000 and selling them for less. Thankfully, that has mostly disappeared this year.

At the second level is the gross margin: Are you selling products for more than the sum of the cost of goods, discounts, payment gateway costs, delivery and logistics expenses, returns costs, and any direct order costs (like a call centre to fulfil the orders)? Most Indian firms are still negative on gross margin. In 2013, I am expecting many of the e-commerce businesses to not just turn gross-margin-positive, but take it to a 10 percent level or more.

At the third level, are you able to amortise the cost of acquiring each new customer over his or her lifetime? For instance, if you acquired a customer for Rs 500, can you recover the amount in 12 to 18 months? Gaining unit customer profitability is the real objective companies should aspire for in 2013. This would demonstrate that there is a business model that works.

The final level is to get to positive EBITDA (earnings before interest, taxes, depreciation and amortisation) margins. I don’t think that will happen in the next two to three years because companies will continue to invest in growth—for example, continue to acquire customers even though it takes them 12 to 18 months to break even. In fact, if some do get EBITDA-positive, I would think they are probably under-investing!

Most e-commerce companies report on each of these four levels in a different manner, so it’s not easy to compare them. And while not much has changed in their behaviour from 12 months ago, something else has: They are running out of cash.

The Financing Challenge
The financing environment in e-commerce has changed completely, so much so that in the last nine months we haven’t seen a single significant instance of external financing. By that I refer to a funding of at least $10-15 million by an ‘outside investor’. Companies are coming into the financing market and are not being able to raise money.

The potential of e-commerce businesses to raise public money is not clear. If one buys the argument that Indian e-commerce firms won’t be profitable in India in the next few years, then they effectively can’t do an IPO in India. That largely leaves Nasdaq, but I am not sure how enthusiastic investors there will be for a loss-making company in India, especially after the experience global investors have had with Chinese e-commerce companies.

If entrepreneurs felt China was the ‘closest’ comparison to India, the worrying part is that most Chinese e-commerce businesses have yet to make profits. Till May 2011, these businesses were still going public on the NYSE and Nasdaq. But once that music stopped, global investors have been wary of investing in firms with no clear path to profitability. India has to demonstrate its own path to value creation.

As a result of the financing crunch, there will be companies that can’t survive and will therefore need to merge or shut down. Companies with strong investor syndicates around them may be able to navigate this challenge better.

The Differentiation Challenge
Among players in India, the notion of differentiation to the consumer is yet to be established. E-commerce largely remains a play when one service is indistinguishable from another. Players in categories like home furnishing, baby products or apparel, haven’t managed to create a differentiated consumer offering.

There could be varied bases for such differentiation—merchandising, customer experience, delivery efficiency and supply chain are some of them—and I would expect firms to focus on differentiation in 2013. The notion of differentiation and capital raising is dependent on competition in a category, and the ability to survive could be the ultimate advantage. This is a self-balancing system and I won’t be surprised if there is a shake-out in the next 12 months, and the ‘last men standing’ attract consumer mindshare and capital.

Light at the End of the Tunnel
There has been positive progress towards the above objectives. Overall discount levels have dropped. More e-commerce companies stock and own less inventory in favour of a marketplace-based fulfilment model. The fall in competitive aggression has brought down the cost of customer acquisition by 20-30 percent. Investor syndicates have held up, and are backing their winners. Topline growth is on track, with most leading players closing two to three times growth over last year. I am confident that 2013 will separate the boys from the men, and the industry will produce winners, thereby rewarding efforts of early believers in the opportunity.


(As told to Rohin Dharmakumar) 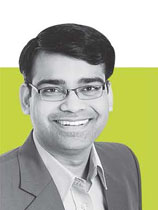 Alok Mittal is the managing director at Canaan India. Prior to joining the venture industry, Alok co-founded JobsAhead.com, which was acquired by Monster.com. He is also co-founder of Indian Angel Network, is on the board of TiE (The Indus Entrepreneurs) in Delhi and is an advisor to Adtech India.