From intricate Zardozi artwork to fine Italian leather craftsmanship with a vegan option too, he created the brand to be a one-stop-shop for everyone 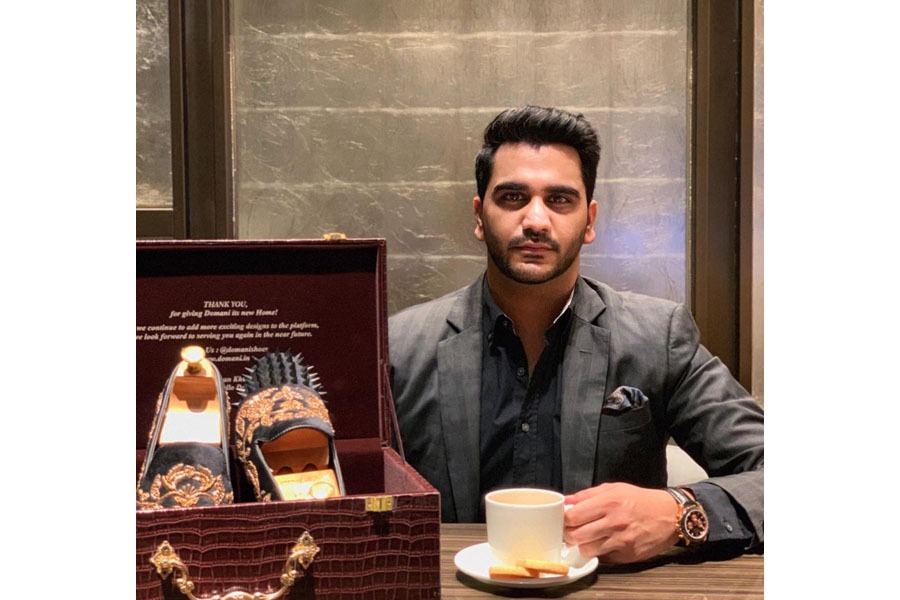 We are living in a VUCA world where change is the only constant. What started as a humble beginning for Ayush in 2015 from the living room of his house, to what the nation today recognizes as a global fashion footwear brand “Modello Domani”- his journey has traversed many complexities of a true entrepreneur.   With the motto “Happy feet for all”, the current CEO Ayush Diwan Khurana started his dream of creating a world class footwear brand that would cater to all niche market segments, specializing in casual wear, wedding wear and offer nonpareil customisation services.  “Not coming from a fashion background or receiving any formal education in fashion, it was definitely a challenge to create a name in the industry. But where there is a will, there is a way,” Ayush quoted. From intricate zardozi artwork, to fine Italian leather craftsmanship with a vegan option too, he created the brand to be a one stop shop for everyone. Understanding the importance of digitalization, he developed an omni-channel distribution network across the nation and further expanded overseas offering free worldwide shipping through his official website and other vendor partners. His strong presence on social media has been a key propelling factor in the growth and popularity of the shoe brand. “Since commencement, we have been making an impact with our designs and quality worldwide, offering over 200+ variants across all price ranges. Our made to order specially designed diabetic friendly shoes was another proud achievement which took months to perfect,” he added.  His work has been covered by several media platforms like Vogue, Cosmopolitan, Entrepreneur, Economic Times, Business World, Your Story, Business Standard and many other renowned media houses. And was seen as a candidate on the Franchise India Show aired on National television on Times Now news network, where he won the first round. Going forward he discussed his future plans to launch his NGO - IAMDOMANI where they will be taking back all the used/unwanted pairs back from the customers and donating them further to the under privileged. The initiative is first of it’s kind done by any fashion shoe brand and he intends to bring a revolution in the industry with his concepts in the upcoming years. Disclaimer: The views, suggestions and opinions expressed here are the sole responsibility of the experts. No Forbes India journalist was involved in the writing and production of this article.

Tweets by @forbes_india
Watch your alcohol intake and diabetes to control your BP
Zero to 60 in 2.2 seconds? Electric vehicles to watch out for