Legacy can be limiting. But the daughters of India’s largest business aren’t allowing themselves to be bound by any pre-conceived notions. With no intent of rebellion but, rather, as a sign of individuality, they have set out on their own journeys. Ananyashree Birla, 18, was recently in the news as the latest entrant to the next-gen brigade, having set up a microfinance company catering to the needs of rural women. Through this venture, the daughter of Kumar Mangalam Birla, the chairman of the Aditya Birla Group, may well be helping the group with the knowhow of rural lending. This kind of enterprise has been exemplified by others before her. 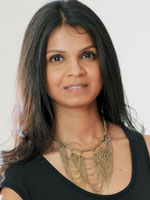 Akshata Murty
Akshata, 33, does not only spell the surname she inherited from her father differently. While brother Rohan Murthy helps their father, Infosys co-founder NR Narayana Murthy, resurrect the software giant, she is busy expanding the reach of her fashion label. Launched in 2010, ‘Akshata’ uses “indigenous crafts as the basis for a fashion label”, the entrepreneur says on her website. 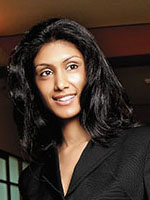 Roshni Nadar Malhotra
Slated to succeed her father Shiv Nadar as chairman of HCL Corporation, Roshni, 31, will continue to focus on managing her family’s wealth through the Shiv Nadar Foundation, which straddles K-12 schools, universities and engineering colleges. Closest to her heart are the VidyaGyan schools that provide education to underprivileged children. 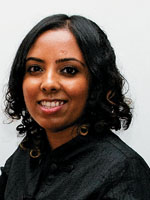 Shruti Shibulal
The daughter of Infosys co-founder SD Shibulal, Shruti, 28, gave the corporate world a shot and worked in Merrill Lynch before quitting within a year. She, instead, opened two fine dining restaurants with a partner Abhijit Saha. She also has started a luxury resort called The Tamara Coorg in the middle of a coffee plantation. She is now set to launch Organic World, a boutique store for organic products. 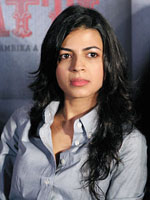 Ambika Hinduja
Her family has long been associated with the film world but Ambika, 34, is the first Hinduja to fully dive into the business. Her Serendipity Films has produced the acclaimed Being Cyrus and Teen Patti, which starred Amitabh Bachchan and Oscar-winner Ben Kingsley. She has also trained at the London Film School and assisted filmmakers like Subhash Ghai and Farhan Akhtar.

Correction: The article has been updated with a correction. Shruti Shibulal's luxury resort is not in partnership with Abhijit Saha as stated earlier. He is a partner only for the two fine dining restaurants.