The Thinker Interview with Philip Kotler, the Father of Marketing

With the rise of the internet and the advent of new concepts like social media, e-commerce and digital marketing, critics started questioning the relevance of the classic Four Ps model of marketing. Yet Kotler chooses to staunchly defend the concept 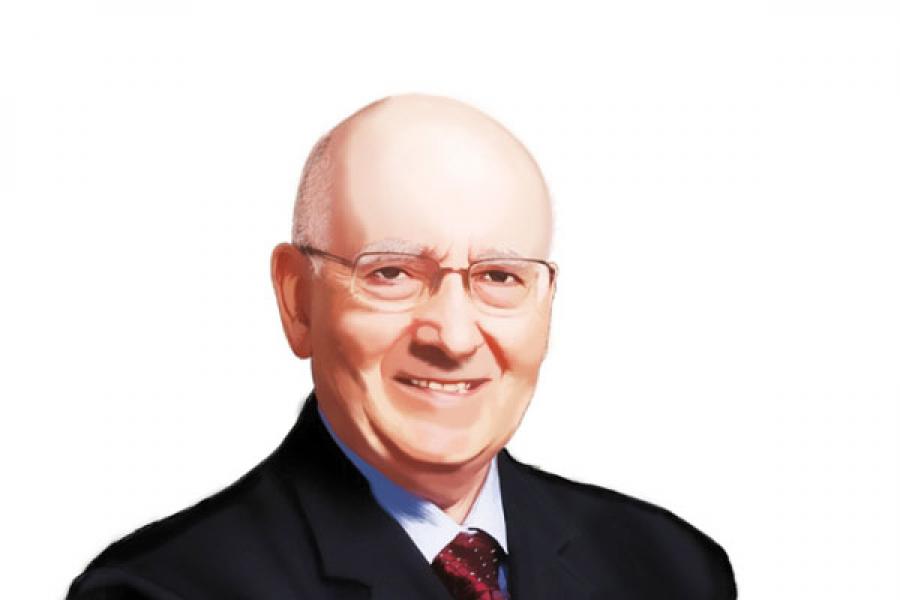 Philip Kotler, the S.C. Johnson & Son Distinguished Professor of International Marketing at Northwestern University’s Kellogg School of Management, is widely regarded as the Father of Modern Marketing. He trained as an economist at the University of Chicago, learning from the legendary Milton Friedman. He later did his PhD at MIT under the guidance of Nobel Prize winning economist Paul Samuelson.

Kotler rose to the forefront in the field of marketing in 1967 when he authored the seminal textbook Marketing Management. The book cut through the clutter by introducing rigor and mathematical analysis to the field of marketing. Ever since, the book became the marketing Bible for MBA students. More than four decades have gone by, and 14 editions of the book have been published and Kotler’s popularity has grown.

One of Kotler’s biggest contributions to the field of marketing was popularizing the idea of the Marketing Mix, also known as the Four Ps of Marketing, an idea first proposed by an academic Jerome McCarthy in 1960. The Four Ps stand for ‘product’, ‘price’, ‘place’ (i.e., distribution) and ‘promotion’ (i.e., advertising). According to Kotler, “(The) Marketing Mix is the set of controllable variables that the firm can use to influence the buyer’s response.” These four variables help a company develop a unique selling point as well as a brand image.

With the rise of the internet and the advent of new concepts like social media, e-commerce and digital marketing, critics started questioning the relevance of the classic Four Ps model of marketing. Some proclaimed that the Four Ps model is dead. Take ‘promotion’. Many brands like Google, for instance, never really advertised, yet they became so popular. The rise of social media itself started to bring into question the classic notion of ‘promotion’. Similarly with the rise of e-commerce, the idea of ‘place’ doesn’t have the same relevance as before.

Yet Kotler chooses to staunchly defend the concept. In this interview he explains why the Four Ps are still relevant, how the marketing landscape has evolved and the impact of digital media.

Q. As someone who literally laid the foundations of the study of marketing, how do you view the changes in the marketing landscape over the last five decades?
A. I published the first edition of Marketing Management in 1967. My aim was to put the marketing discipline on a solid social science basis by introducing strong economics, mathematics, organizational theory and psychological theory. Every three years, I revised the book to bring in the latest new concepts and theories. Now the book is in the 14th edition, and probably one could map the changes in marketing by analyzing the 14 editions of Marketing Management. (See ‘The Evolution of Marketing’ below.) 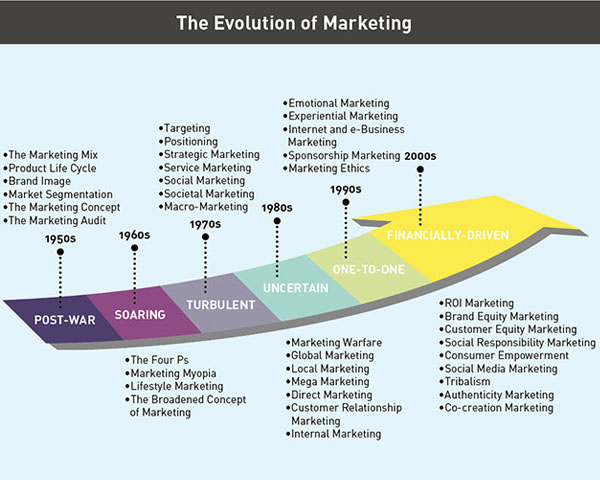 Q. What is your evaluation of the state of the marketing function in organizations today—is marketing getting enough share of mind in corporate boardrooms today?
A. Marketing has a much better and higher standing today in corporate boardrooms than in earlier times. Initially marketing was seen as mainly an advertising function or more broadly as a communications function. Then marketing opened companies’ eyes to seeing the consumer as the center of the profit-making universe. Marketing provided the means of getting deeper insights about buyer motivations, beliefs, values and perceptions. Today the marketing function is in the hands of Chief Marketing Officers who manage broader functions, including the responsibility of identifying new market opportunities and assessing their size and feasibility. There are still companies that take a narrow communications view of marketing but they are often outperformed by competitors who take a broader view of the power of contemporary marketing thinking and planning.

Q. The world has been both literally and figuratively taken over by the Millennials. How well have marketers adapted to this new audience which thinks differently? Do you see a dissonance between the so called ʻOld Schoolʼ marketers versus the ʻNew Schoolʼ marketers as they try to address this new audience?
A. The best marketing group is one consisting of traditional and ‘New School’ marketers. We still need traditional advertising and 30-second commercials to communicate the big picture of a company’s market position and promise. We also need to use social media to deliver shorter and longer individual messages to different customers and prospects. Every 30-second commercial should mention the company’s websites for customers to get further information. And all the social media messages should be tied to the big picture brand message.

Q. How are social media and other digital marketing channels changing the DNA of marketing? How are they redefining the ways in which brands connect with customers and the attributes of ʻemotional bondsʼ and ʻtrustʼ?
A. Digital media is the best thing to happen to marketing in recent times. Now messages can be customized for distinct groups and individuals. By analyzing Big Data, one can identify the best prospects and the appropriate messages to deliver.

Q. While technology is helping marketing become more personalized and adaptive, there are also concerns over privacy. How can companies get around the problem?
A. I think that the privacy problem is overstated. Companies are trying to know enough about a group or individuals to deliver relevant messages. The fault with old-fashioned mass media was that it would deliver a single message to the whole audience with only perhaps 1-2% of the audience interested in the message. Most of the audience would dismiss the message or even see it as an interruption. Now most messages on digital media have more relevance to the buyer’s interests.

Q. Thanks to social media and other forces, the locus of control has gradually shifted away from the brand owners to the consumers. Some argue that in this environment, the need for a separate marketing department will gradually vanish. Yet others have proclaimed that traditional marketing is dead. What are your thoughts on that?
A. I wouldn’t invest in any company that eliminates its marketing department. I grant that brand control has moved from the company to the customers. But a marketing department must listen to what customers are saying and even get its voice into the conversation thatʼs going on. Marketing provides a framework for planning and integrating the Four Ps (product, price, place and promotion) and for coming up with new marketing ideas and initiatives.

Q. Given how marketing has evolved over the last few decades, where do you think the Four Ps model of marketing, the bedrock of marketing study, stands today?
A. The Four Ps model of marketing is still king. Some people have added other Ps (packaging, people, physical evidence, etc.). Others have suggested using the Four As (availability, affordability, acceptability awareness) as a prelude to using the Four Ps. All of this is welcome, including the possibility of someone coming up with a radically different model for marketing planning. All contending models fight in a market place that will determine whether a new model works better than the preceding one.

Q. Which company, to your mind, is an exemplary marketer in todayʼs day and age?
A. I am very impressed by companies such as Harley Davidson, Lego, Nike and Starbucks. All of them have succeeded in building a loyal following of enthusiastic customers who are even encouraged to help co-create the company’s new offerings.

Q. Going forward, what else are you working on and how does that tie in with your past research?
A. The financial crisis of 2008 has cut deeply into people’s incomes and wealth, leading to sluggish demand and posing the question to companies as to how they can grow. I just published with co-author Milton Kotler Market Your Way to Growth: Eight Ways to Win. It presents the best findings and cases on how some companies have continued to grow using innovation, international expansion, stronger branding, mergers and acquisition, and four other ways to grow. It came after my earlier book with co-author John Caslione called Chaotics: The Business of Managing and Marketing in the Age of Turbulence.