Banned from social media, the former US President revealed he was creating his own platform in October. Truth Social has already been downloaded, glitches and all, more than a million times, and has boosted Trump's wealth by hundreds of millions 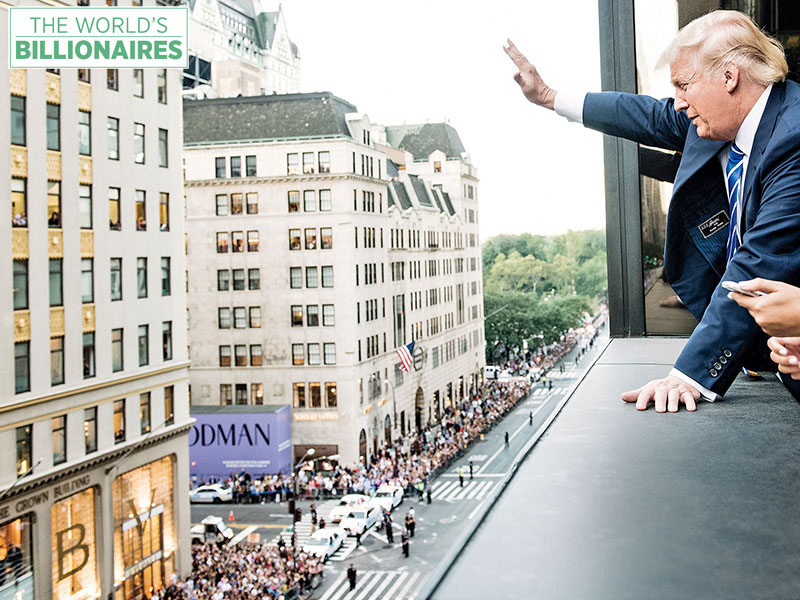 Crowd Pleaser: The former president has always had a knack for attracting fans. Now he’s capitalising on it by stirring up throngs of retail investors

Donald Trump, master of reinvention, has a new title: Tech entrepreneur. It’s a stretch for the 75-year-old, who doesn’t even use email, preferring instead to scrawl notes in marker. But he doesn’t mind jumping into ventures in which he has little previous experience—and this gig should prove far more lucrative than the presidency.

In fact, it has already boosted his net worth by $430 million, according to our math, helping lift his fortune from $2.4 billion a year ago to $3 billion today.

Banned from Twitter, the former president announced in October that he was creating his own social media platform, Truth Social, through the Trump Media and Technology Group, which uses Mar-a-Lago as its address. The app became available in February and has since been downloaded an estimated 1.5 million times, but 1.3 million potential users are on a waitlist. Trump has posted only once: “Get Ready. Your favorite president will be here soon.” Investors don’t seem to care. Trump Media plans to merge with a SPAC that retail traders are buying like crazy, boosting its shares from $10 to more than $70. Based on clues buried in regulatory filings, Trump probably owns at least 50 percent. We estimated the value of the shares Trump should eventually receive at $10 apiece, reflecting the discounted rate that a handful of smart-money investors recently agreed to pay to jump into the frenzy.

Since that deal hasn’t gone through, the former president can’t sell any of his shares on the open market today. There are also some doubts about whether the merger will happen at all. Both the Securities and Exchange Commission and the Financial Industry Regulatory Authority are probing the deal. Bottom line: The SPAC is good news for Trump, but it’s not something he should be banking on quite yet.