Pranay Chulet, co-founder and CEO of Quikr, is constantly thinking of newer ways to harness the potential of Quikr's huge database 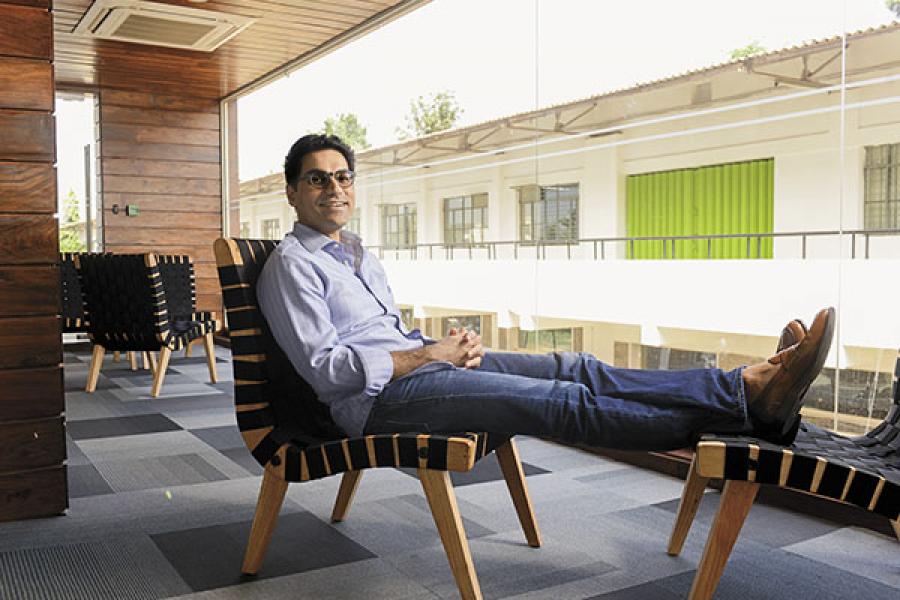 Q. How did you think of starting Quikr?
Before I started Quikr, I was working in the internet sector in the US. Quikr is modelled on Craigslist, one of the leading classifieds listings portals in the US. Sitting in India, I could rent out my apartment in New York. It made complete sense to have something like this in India. When we launched Quikr, it coincided with the collapse of Lehman Brothers and the subsequent downturn in the global financial markets. The first two years were difficult. After the first round of funding, I must have knocked on the door of every venture capitalist in the country. After that, we did not have to really look back. Quikr has changed a lot since then. When it began, it was a simple platform for someone to buy, sell or rent across categories. Two years ago, I began to feel that people had become a lot more sophisticated as users. Their expectations from the internet are different and we, as a company, are a lot bigger than we were and we have a lot more resources now. So, we decided to transition the business from providing the same experience across categories to giving specific experiences in every category.

Q. Is that why you’ve launched new verticals?
Yes, we have about five verticals now: Jobs, homes, services, cars and C2C. QuikrC2C was the first one to be launched; it is the category for buying and selling goods. Over the last one year, Quikr has undergone a tremendous change. We worked very hard to launch these verticals, we changed our organisational structure to have different people heading these businesses. We changed our logo, we moved our office to Bengaluru. So, in a way, I feel it is an extremely scaled-up startup.

Q. You are soon going to launch an app for the entertainment industry with a reported investment of $100,000.
We are not disclosing that amount. The investment will partly be made in resources, partly in money and, above all, the data that we are willing to share. To this effect, we have signed a memorandum of understanding with film industry veterans such as filmmaker Vivek Bohra and casting director Aadore Mukherjee. We are incubating many such ideas by giving an external party access to our data in a secure way. We cannot build verticals across all categories, instead we allow an external party to build a platform on our data. I would look at it as a seed stage investment.

Q. Globally, classifieds listings seem to have slowed down as a sector. How is it doing in India?
I don’t think it has slowed down. It has changed. Classifieds have undergone a fundamental transformation outside India. Everybody tried to look like Craigslist. Three or four years ago, more forward-looking companies changed the way classifieds worked. The industry is going through a change. For example, in QuikrCars, we personally inspect and verify the cars that come on sale. So a person buying it has a Quikr guarantee that it is of good quality. Specially in the emerging markets, the growth is tremendous.

Q. Among all your verticals, which is most important?
It is difficult to point that out. It depends on how you look at it. Revenuewise, QuikrHomes and QuikrServices are the biggest ones, followed by jobs, and the cars and goods. In the classifieds business one cannot expect a lot of revenues from cars and goods, but they bring in a lot of traffic.

Q. What is going to be the focus of QuikrJobs?
Blue-collared jobs are going to be the next big thing. QuikrJobs is not about corporate jobs. It is about salesmen, delivery boys, maids or drivers or entry-level white-collared jobs. We see that most of them who are using internet are non-English-speaking. We need to address the requirements of that category. If you look at QuikrJobs, it has different languages to help people use our portal.

Q. What is the target for the coming year? What are your plans?
Over time, our strategy has evolved from being a pure horizontal player. Not just in India but even globally, we are the only classifieds company to have gone in for verticalisation. We recently launched five verticals—QuikrCars, QuikrC2C, QuikrHomes, QuikrJobs and QuikrServices—that allow us to go deeper into our strongest categories. The next step is to strengthen each of them and the markets we are present in. We also have increasingly larger numbers of consumers from Tier-II and Tier-III cities and see vernacular as the way to go deeper in our markets along with our focussed verticalisation strategy.

Q. First it was an investment in Genesys, then buying out IRX and RealtyCompass. You seem to be making quick moves in strengthening your real estate presence.
The Genesys investment allows us exclusive access to street view data collated by the team, which has video data for over 100 cities. These videos let a consumer experience the view outside the building where they plan to buy a house without having to visit the location. Nobody else in India has this kind of a data. QuikrCars, QuikrC2C, QuikrHomes, QuikrJobs and QuikrServices are all important to us and real estate is important as we see a lot of potential in it from the growth we have seen. Our real estate business has grown three times in the last two years and with dedicated focus on QuikrHomes, we are confident we will at least double it every year for the next three years.

Q. What is happening with the CommonFloor deal?
Mum is the word.

Q. How far are you from being profitable?
About two years. If we removed our marketing spends, we could be profitable today.

Tweets by @forbes_india
The last days of Marissa Mayer?
Fighting the ecommerce froth