Even as counting is still on, the Congress president acknowledged a humiliating defeat in a hurried press conference 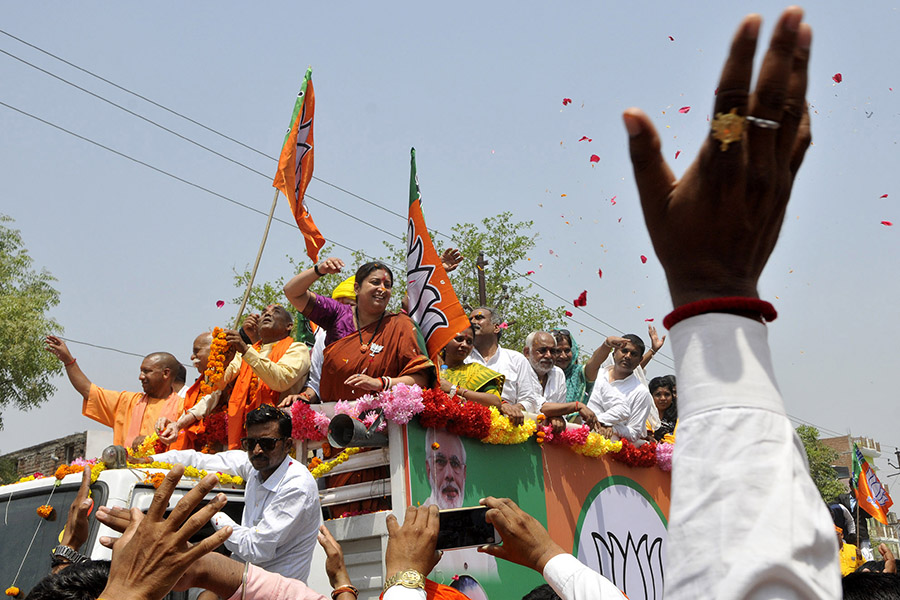 
In a surprise move, Congress president Rahul Gandhi has conceded defeat from Amethi. In a hurriedly summoned press conference at the national capital, Gandhi congratulated his rival, even as the last round of counting for the Amethi Lok Sabha seat is still underway. A humiliating defeat in the constituency reduces the tally of the Grand Old Party in the biggest state of India to a meagre one—Sonia Gandhi is set to win the neighbouring Raebareli seat—a historic low for the party.

While Irani campaigned aggressively in Amethi, where she lost to Gandhi in 2014, Congress general secretary Priyanka Gandhi also canvassed for votes for her brother, by evoking the Gandhis’ legacy and the constituency’s ‘personal’ relationship with the family.

The day started with a nail-biting competition between the opponents, starting out with Irani holding a slender edge over the Congress president. After second round of counting, the BJP challenger was leading by over 6,000 votes.

Amethi, the constituency held by Rahul Gandhi since 2004, is touted as a prestige battle for the Gandhi family and the Congress. Irani lost the last election by over a lakh votes.

Amethi, one of the 80 Lok Sabha seats in Uttar Pradesh, witnessed a 53 per cent turnout, slightly more than the last elections when 52.38 per cent votes were polled.