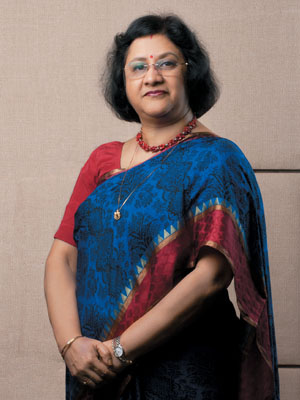 Image: Vikas Khot
Arundhati Bhattacharya, Chairman, SBI. 21 of the Indian companies on Global 2000 are from the banking and financial services sector

It is a sign of India’s waning economic might that its representation in Forbes’ annual Global 2000 ranking of the world’s largest and most powerful companies has been diminishing over the last three years. The 2014 list features 54 Indian companies, compared to 56 last year and 61 in 2012.

Corporate India’s performance reflects the stasis of the last few years. All the top companies have slid from their last year’s positions. Reliance Industries (RIL) remains the highest-ranked Indian company on the list but the oil and petroleum giant is now ranked 135, down from 121 last year; RIL has a market value of $50.9 billion and sales of $72.8 billion as of May 2014.

Contrast this with China, which is gaining ground on all parameters. It is now home to the three biggest companies in the world. State-controlled Chinese bank ICBC holds on to its No. 1 spot for a second consecutive year while China Construction Bank is at No. 2 and Agricultural Bank of China moves up to third place. They are joined in the top 10 by Bank of China at No.9. PetroChina at No. 10 adds up to five Chinese companies in the top 10 of the Global 2000, while US companies account for the other half.

Public sector companies continue to dominate the list. For instance, 29 of the Indian companies featured are government-owned while the balance 25 is privately-owned. Consider that RIL is followed by State Bank of India, ranked 155 and with a market value of $23.6 billion dollars, and ONGC (176) with sales of $29.6 billion. 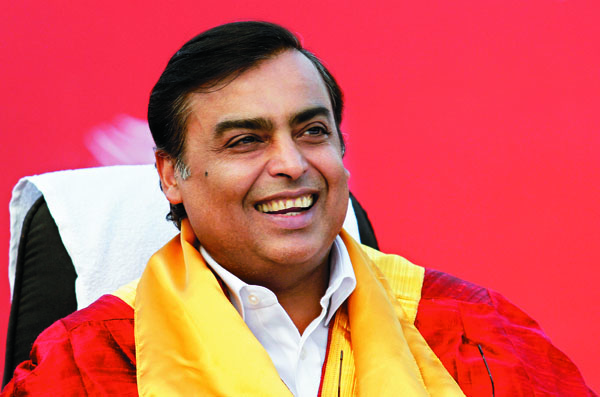 
Banks and financial services companies continue to dominate the Forbes Global 2000, with 467 members from that industry making the cut; among the 54 Indian companies on the list, 21 are from these sectors.

Among the new entrants this year is Hero MotoCorp, the second Indian two-wheeler manufacturer on the list. Hero MotoCorp is positioned at 1912, joining Bajaj Auto at (1329).

India’s reduced presence is in no way reflective of the region’s influence, though. When Forbes published the first Global 2000 list in 2003, American companies were more than 50 percent over those accounted by Asia—now, with 674 companies in total, Asia takes the lead, leaving North America (629 companies) and Europe (506 companies) behind.

And with the huge optimism and fund flows unleashed by the results of the 2014 general elections in India, there might be a reversal in trend for India too by the time the 2015 list comes along.