Athletes are under orders to wear their masks unless training, competing, eating, drinking or sleeping, and are being tested daily 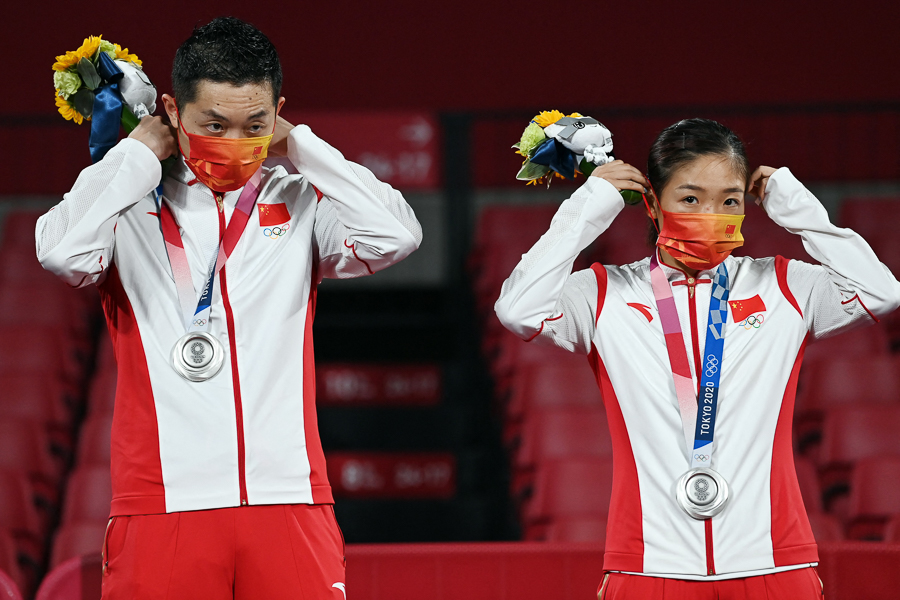 Olympic athletes have received an extra incentive for winning a medal after organisers said they could remove their masks for 30 seconds for photos on the podium.

Medal-winners were urged not to abuse the relaxation in the rules at the Tokyo Games, which have been marked by their strict anti-coronavirus measures after opening a year late.

"The idea is to give those athletes who have been competing, when everyone else has stepped back, the chance to remove their mask for 30 seconds, staying on those steps for photos," International Olympic Committee spokesman Mark Adams said on Monday.

"I think everyone appreciates, one, that the risk is very, very, very, low, and two, completely understandable."

Athletes are under orders to wear their masks unless training, competing, eating, drinking or sleeping, and are being tested daily.

When standing on the podium, they are now shown a sign telling them to remove their masks briefly for the photographers.

However, Adams urged athletes not to abuse the rules and to keep their masks in place unless told to take them off.

"We are making a really special effort today again to remind all of our groups and all of our people that they need to wear their masks," he said.

"There will be specific discussions with people and if we find people who are breaking the rules we will talk to them and ask them to abide by them."

So far this month, 153 people connected with the Games have tested positive. About 85 percent of athletes are vaccinated, according to the IOC.