Tokyo 2020's cutesy Olympic mascots are plastered across the host city, but they have competition in mascot-mad Japan, where cuddly characters promote everything from prisons to health screenings 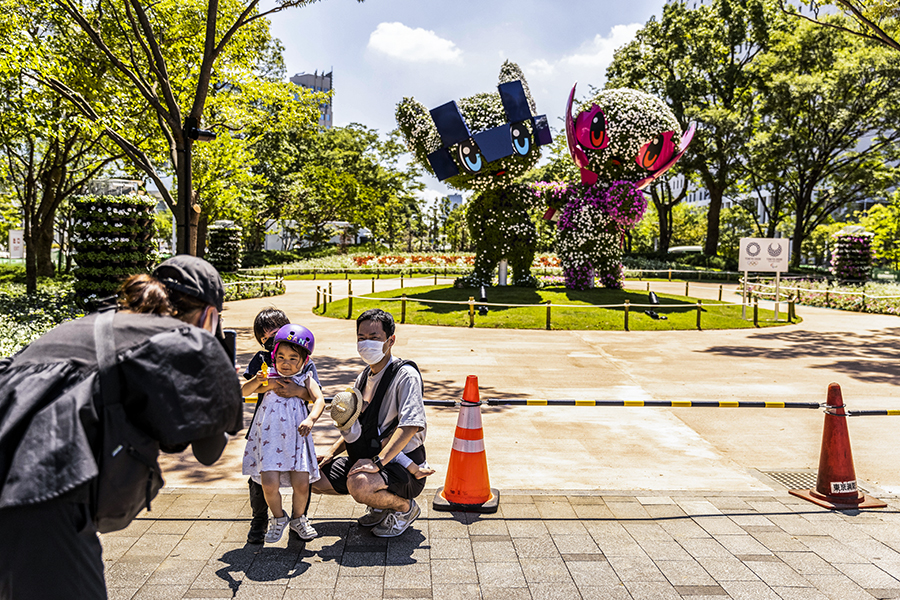 Tokyo 2020's cutesy Olympic mascots are plastered across the host city, but they have competition in mascot-mad Japan, where cuddly characters promote everything from prisons to health screenings.

In the land of Hello Kitty and Pokemon, adorable creatures give a friendly face to private businesses and public institutions alike, and the most successful have full-on celebrity status.

One cult favourite is punk-rock "pear fairy" Funassyi, who shot to fame a decade ago as an unofficial representative of Funabashi, a city east of Tokyo known for its juicy pears.

Of undefined gender and known for hyperactive TV stunts and good-natured misbehaviour, Funassyi has racked up nearly 1.4 million Twitter followers and is so popular that a simple walk down the street risks attracting a mob of fans.

"It's just normal for adults to adore mascots" in Japan, squeaked the bright yellow character in an interview with AFP.

"It's like we're friends," added the pear-shaped personality, who wears a plush blue romper and red bow tie, and famously worships Aerosmith and Ozzy Osbourne.

Experts have often suggested Japan's love of mascots is linked to animist religious traditions and beliefs in which inanimate objects can acquire a soul.

And mascots can make big money.

Funassyi won't divulge merchandise sales figures, but crowds of fans flock daily to the Funassyi Land shop in Funabashi to stock up on branded products.

Healing' feeling
The Olympic mascot tradition stretches back to Munich in 1972, when a dachshund called Waldi became the first official Games mascot.

Since then, each host country has invented its own character symbolising Olympic values and aspects of cultural heritage, with Tokyo's version the futuristic-looking Miraitowa, a blue-checkered character with comic book wide eyes and pointed ears.

Mascots are so big in Japan that Choko Ohira, 62, runs a school in Tokyo training people to perform as the cuddly characters.

"(Mascots) have the power to draw people in," said Ohira, who has run the school for 17 years.

"Children come with smiles on their faces. They hold hands and hug (the characters)," added Ohira, who spent years performing as a famous mouse on a children's show on public broadcaster NHK.

And the improbable performers give people a chance to let loose in a sometimes rigid society.

"With mascots, you can do things you wouldn't (with other people) in Japan," Ohira said.

Her students, dressed casually, first practise the exaggerated waves and steps commonly used by mascots, before climbing into full-size panda, cat and chipmunk outfits to test their new skills.

Student Nobuko Fujiki, 61, said she sees a "different side" of herself when dressed as a mascot.

"In costume, I can be more friendly and more active," she said.

It's not the easiest of jobs: only a handful of mascots make big money, and mascot costumes can be heavy, hard to see out of, and unbearably hot in Japan's blazing summers.

But the former nursery teacher said the joy she feels makes up for any discomfort.

"I get so excited when I see a mascot. So I wanted to be on the other side, giving that feeling to other people," she said.

Funassyi says fans often see the mascot as someone they can safely confide in.

"They ask me for advice about life and work... how to be friendly with a boss they hate, or what to do with a husband who doesn't properly put laundry away in the basket," the cult character said.

"They want someone who acknowledges their efforts. I think they're looking for that in mascots."

Asako Iwatate, a 33-year-old office worker, said mascots have an almost "healing" effect for her.

"When I'm working, it's frantic and stressful," she told AFP.

"But when I see funny mascots, I feel like 'Oh, forget about all that'."