The Irish tourist board came up with the original idea of using the historical video game "Assassin's Creed" to create its new promotional campaign. An original form of marketing that game publisher Ubisoft and other tourism entities have already used before 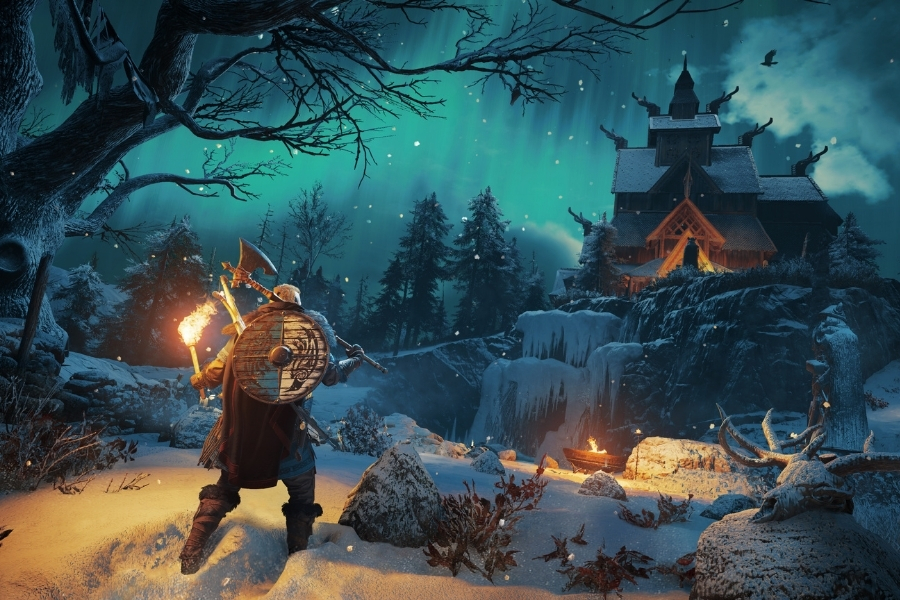 In order to attract a different tourist demographic, Ireland has boldly chosen integrate into its latest promotional campaign images from "Wrath of the Druids," an extension of the video game "Assassin's Creed Valhalla" released in May. This DLC focuses on 9th century Ireland and highlights the beautiful landscapes of the country.
And that's exactly the promise contained in this ad alternating between real and pixelated images, taken from the video game, of some of the country's iconic sites. Dublin, Benbulben, the Giant's Causeway and the Hill of Tara are among those highlighted.

"Tourism Ireland's campaign is a fun and innovative way to bring the island of Ireland to the attention of a new audience of gamers. We want to spike players' curiosity about the featured locations and inspire them to come and explore them in the real world," explains Mark Henry, Tourism Ireland's Central Marketing Director.
And the tourist board isn't stopping there with this offbeat campaign. It plans to collaborate with popular influencers, with a strong following on Twitch, in Great Britain, Germany, France, Spain and the Nordic countries.
Visit Florence and Ancient Greece
With more than 155 million games sold worldwide since its first episode in 2007, the "Assassin's Creed" series is one of the most popular franchises in video games. So much so that it was exported to the big screen in 2016 with Michael Fassbender, Marion Cotillard and Jeremy Irons in the lead roles.
The video game saga is also known for the attention it pays to the faithful and detailed reproduction of historical places and landscapes. Indeed it's not surprising that it has already been used within tourism campaigns in other countries. Sun Florence Tours, a tourist agency based in Florence, Italy, offers tours on the theme of "Assassin's Creed II."
The story of that chapter takes place in Italy at the beginning of the 16th century, and the tour takes visitors to some of the places seen in the video game (Palazzo Vecchio, Duomo, San Lorenzo Church, etc.). A different way to approach history.
In 2019, the game publisher and distributor itself started creating virtual tours about ancient Greece, allowing viewers to navigate through the universe of "Assassin's Creed Odyssey." The experience, available on YouTube, is called "Assassin's Creed: Discovery Tour, Ancient Greece."