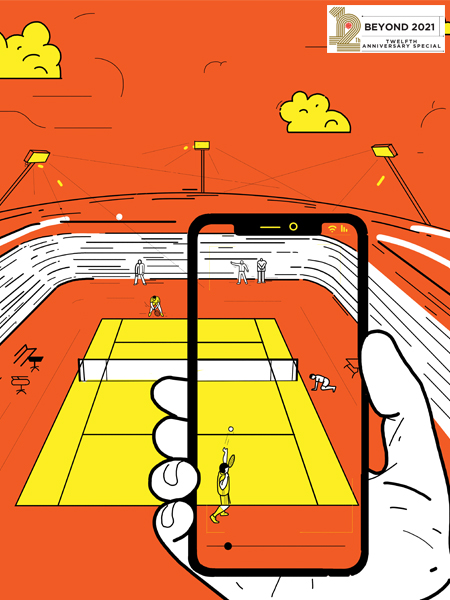 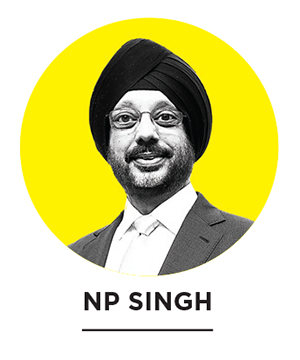 Last year, after a gap of two months in March-April when most professional sport was suspended due to the global pandemic, the German Bundesliga was among the first to restart in May. It presented an odd sight—football players and coaches in masks, empty silent stadiums, muted celebrations after goals and no handshakes or huddles. The drama, fanfare and energy that we are used to in international football was missing, but it also set the tone for things to come.

Other sports, leagues and competitions followed—roars in tennis arenas were replaced by echoes of the ball hitting the racquet and the word “bio-bubble” got mentioned as frequently as “Virat Kohli”. A virus had changed the way audiences view sport, catalysing a few movements, killing a few others.

What separates sport from other forms of entertainment—some may argue that sport should be excluded from the definition of entertainment—is the importance of live action. The winning moment in the final Australia-India Test at the Gabba in January was witnessed by over 76 million Indians on the Sony Sports Network. Recorded matches, replays and highlights have limited value because audiences enjoy a match the moment it’s played, not six hours later.

Even if live matches are what drive viewers, there is some merit to video-on-demand (VOD), so sport can be accessed anytime, anywhere. For some time now, the live content space has not been restricted to traditional linear television (TV). Over-the-top (OTT) television has tried to squeeze into this area, increasingly so since the virus refuses to leave us.

The last year has given us an insight into the future of sports consumption that can be extrapolated to something meaningful. On digital, it’s best exemplified by the explosion of eSports, fantasy sports, mobile gaming and the billion-dollar valuations that are thrown into the mix. To grab the attention of the younger generation—with its short attention span—traditional decision-makers, whether broadcasters or sports administrators, need to improvise. Just like cricket pivoted many years ago from five-day Test matches to include a 20-over version.

This Gen Z balks at the rigid scheduled timing of sport, more so in these present times when home-bound audiences have discovered the joy of flexible viewing. If stadiums continue to run empty in the near future, addressing the needs of viewers—who would have otherwise trekked to the venue but are now forced to watch on a screen—becomes that much more critical. The answer to that would be a version of a made-in-heaven marriage between live and VOD.

While a majority of sports audience in India is still connected to cable TV, OTT streaming, including digital and mobile, in this country will continue to grow as volume of mobile connectivity remains inversely proportional to the cost of data. For instance, users viewing sports on SonyLIV accounted for 35 percent of the total user base while 30 percent of the subscriptions in the year were driven by live sports.

In 2020, the proportion of live content to the total programming hours dropped by over 50 percent compared to the previous year, which led to the overall genre viewership dropping by close to 40 percent. The Indian Premier League, held out of turn from September, contributed close to half of the total genre viewership last year, with the unpredictably exciting India’s cricket tour of Australia in December-January getting Sony Sports Network close to 136 million viewers.

Change is the only constant in this world, as is viewership pattern. Already fairly popular among the young, WWE, Mixed Martial Arts and UFC—whose ratings for the numbered events almost doubled in 2020—will benefit from the television-friendliness of the format. All broadcasters and streaming services are heavily invested in languages other than English—last year, local language feeds contributed close to 75 percent of the total sports viewership. Sony Sports had pioneered Hindi feeds for properties like Australian Open (tennis), UEFA Champions League, Big Bash League, T10 League, WWE and UFC.

Other sporting leagues, like volleyball, kho-kho, kabaddi etc will reduce the dominance of cricket, which still had an over 80 percent GRP share in 2020. This year, audiences starving on the sport deficit from last year, will lap up the mega events lined up, like the postponed Tokyo 2020 Olympics and Euro 2020 football—particularly if they continue to be, God forbid, still locked down. Cricket will return to Sony Sports with three back-to-back bilateral series with India touring England, Sri Lanka and Zimbabwe.

This brings us to the interesting paradox that the digital platform provides. While the conversation for long has been about how digital is the “future”—indeed this “future” is already here—the numbers still do not support its significance beyond a point. In 2020, television share of total media spends increased by 5 percent from the previous year to 87 percent while the share of digital declined almost by half to 5.5 percent.

What does this mean for broadcasters and digital operators? One, sports is a large contributor to viewership on almost any multi-dimensional platform—it contributed to approximately 300 million views on SonyLIV, 10-12 percent of the overall views on the platform. It’s this reason that digital, social media and mobile telecom companies bid for the last IPL broadcast rights. Two, with media spends still low, digital platforms have to aggressively seek newer revenue models. One of the reasons for the word paradox earlier is because while advertising is a big revenue model, digital consumers look for ways to watch content without the distracting intrusion of advertisements, which is unavoidable on TV. The word “skip” is perhaps the most joyous word online. Three, innovation is the key that will attract more viewers. SonyLIV implemented player and CDN (content delivery network) optimisations during the course of the year to minimise buffering, start time and stream lag. Frame by frame stream encoding improved the frame quality. Digital ad stitching technology made advertisements seamless and non-disruptive.

Contrary to what it may seem like, people are fatigued of staying home rather than energised by the lack of daily travel. Sports thrives on social connection—with strangers in stadia, late weeknight Champions League matches with friends, debates in the local pub or heated arguments on social media. Sports brings people together, a unifier needed much more now than ever before when we are collectively under attack. That shared experience will remain the future of sports viewership and the stage is ripe for content providers to shape the narrative.

● The writer is the MD & CEO, Sony Pictures Networks

Tweets by @forbesindia
The public split of Bill and Melinda Gates spotlights a secretive fortune
Resilience is the future of leadership: CP Gurnani