In a big year for video games, these players are shifting the culture

By Anita Sarkeesian and Carolyn Petit 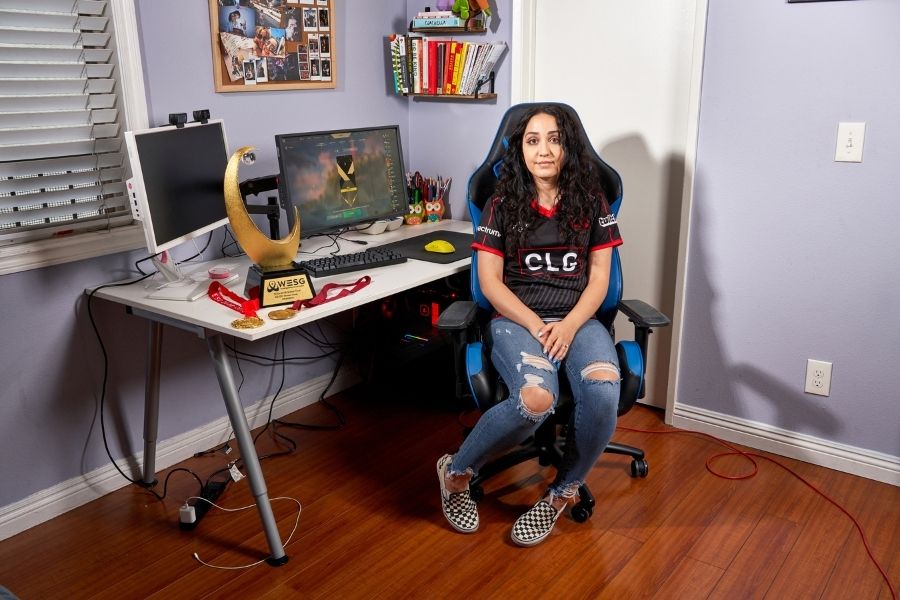 Benita Novshadian, a professional Counter-Strike player, at her home gaming station in Los Angeles, Oct. 8, 2020. “The esports scene for women right now is the biggest it has ever been,” she said. (Michelle Groskopf/The New York Times)