From real fears sparked by side-effects, to fake studies and conspiracy theories, we take a look at anti-vax sentiment over the ages 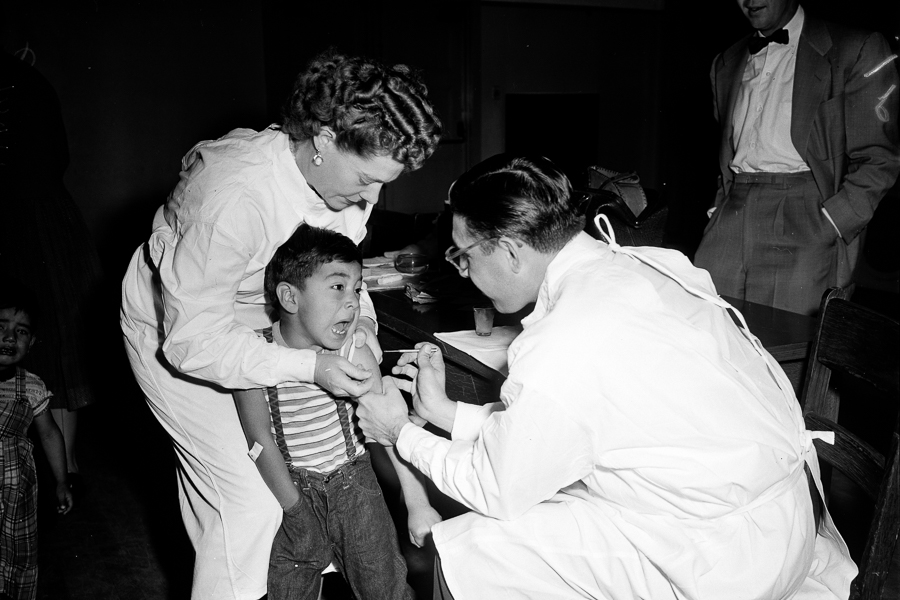 Wariness and outright hostility to vaccines did not start with Covid-19, they date back to the 18th century when the first shots were given.

From real fears sparked by side-effects, to fake studies and conspiracy theories, we take a look at anti-vax sentiment over the ages:

1796: First jab, first fears
Smallpox killed or disfigured countless millions for centuries before it was eradicated in 1980 through vaccination.

In 1796 the English physician Edward Jenner came up with the idea of using the milder cowpox virus on a child to stimulate immune response after he noticed milkmaids rarely got smallpox.

The process—coined "vaccinus" by Jenner (from cow in Latin)—was successful, but from the outset it provoked scepticism and fear.

Before Jenner a riskier method of inoculation known as "variolation" existed for smallpox, introduced to Europe from Ottoman Turkey by the English writer and wit Lady Mary Wortley Montagu.

1853: Mandatory shot
In Britain the smallpox vaccine became compulsory for children in 1853, making it the first-ever mandatory jab and triggering strong resistance.

Opponents objected on religious grounds, raised concerns over the dangers of injecting animal products, and claimed individual freedoms were being infringed.

A "conscience clause" was introduced in 1898 allowing sceptics to avoid vaccination.

1885: Pasteur and rabies
At the end of the 19th century, the French biologist Louis Pasteur developed a vaccine against rabies by infecting rabbits with a weakened form of the virus.

But again the process sparked mistrust and Pasteur was accused of seeking to profit from his discovery.

It was also the decade that aluminium salts began to be used to increase the effectiveness of vaccines.

But more than half a century later these salts became the source of suspicion, with a condition causing lesions and fatigue called macrophagic myofasciitis thought to be caused by them.

1998: Fake autism study
A study published in the top medical journal The Lancet in 1998 suggested there was a link between autism and the measles, mumps and rubella shot known as the MMR vaccine.

The paper by Andrew Wakefield and colleagues was revealed years later to be a fraud and retracted by the journal, with Wakefield struck off the medical register.

Despite subsequent studies demonstrating the absence of any such link, the bogus paper is still a reference for anti-vaxxers and it left its mark.

Measles killed 207,500 people in 2019, a jump of 50 percent since 2016 with the World Health Organization warning that vaccine coverage is falling globally.

2009: Swine flu scare
The discovery in 2009 of "Swine flu", or H1N1, caused by a virus of the same family as the deadly Spanish flu, caused great alarm.

But H1N1 was not as deadly as first feared and millions of vaccine doses produced to fight it were destroyed, fuelling mistrust towards vaccination campaigns.

Matters were made worse by the discovery that one of the vaccines, Pandemrix, raised the risk of narcolepsy.

Of 5.5 million people given the vaccine in Sweden, 440 had to be compensated after developing the sleep disorder.

2020: Polio conspiracy theories
Eradicated in Africa since August 2020 thanks to vaccines, polio is still a scourge in Pakistan and Afghanistan where the disease, which causes paralysis in young children, remains endemic.

Anti-vaccine conspiracy theories have allowed it to continue to destroy lives.

In Afghanistan, the Taliban banned vaccine campaigns, calling them a Western plot to sterilise Muslim children.

Tweets by @forbesindia
Photo of the day: Festivities
Making a greener wardrobe? You may want to start with jeans