India isn't prepared to deal with a pandemic

On May 13, a 23-year-old Indian flew into Hyderabad airport from the US. The young man was the first person in India to be diagnosed with the H1N1 flu virus. Over the next 12 days he recovered from it under quarantine and a dose of Tamiflu, the anti-viral drug.

Since then, close to 2,000 people have been infected with the virus in India and nearly 70 have succumbed to it. The World Health Organization says India has been severely hit by the H1N1 virus, which is spreading one-to-many within communities instead of person-to-person. Protective masks and hand disinfectants are either sold out in most chemist shops or rates have shot up five-fold. Throat swab samples from suspected patients reportedly take two to four days to be tested by the handful of government labs, causing many patients to miss the golden window of treatment. Private hospitals and clinics are conspicuous by their absence from arresting the spread of H1N1. 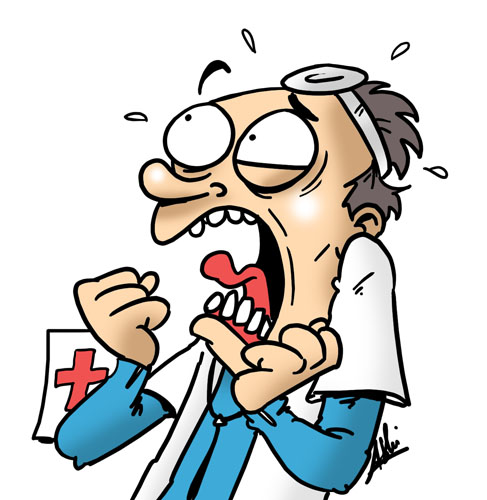 Image: Abhijeet Kini
The Epidemics Act was drafted in 1897 and is woefully out of date and scope when it comes to dealing with modern day diseases
Why this haphazard approach? Could the government have handled matters differently?
Under India’s governance system, health comes under the states, which means each state is allowed to decide its own course of action when it comes to public health. This works well in normal times, but during a pandemic it prevents a unified response across the country. Experts say the high number of H1N1 infections and deaths in Maharashtra and Karnataka are due to the states’ initial lackadaisical response.
India does not have a central agency responsible for tracking, preventing and treating communicable diseases throughout the year. In the US, the Center for Disease Control and Prevention (CDC) is charged with the federal responsibility of conducting and supporting public health activities. The CDC has over 14,000 employees and an annual budget of over $6 billion.
Professor K. Srinath Reddy, president of the Public Health Foundation of India, an independent public-private foundation, says, “India has a fairly good healthcare infrastructure but our weakness is the lack of a unified surveillance and reporting system.” In 2004, the central government set up the Integrated Diseases Surveillance Programme (IDSP), a decentralised state-based disease surveillance programme to monitor outbreaks and coordinate responses at the central, state and district levels. But the IDSP has been virtually invisible during the present H1N1 crisis.
The only H1N1 flu advisory section on its Web site is dated April this year — before India recorded its first infection. “Unfortunately, the IDSP’s initiation was delayed due to poor capacity building in the hiring of entomologists and epidemiologists. But recruitment and training is picking up now and it should be in a better position in a few years,” says Reddy.
But when that happens, says Reddy, India will have a nation-wide disease reporting system but no corresponding response system to act upon it. The National Institute of Communicable Diseases (NICD) in New Delhi has been around since 1909 but is perennially short-staffed and under-budgeted to fulfill a pan-India agenda. In the wake of the H1N1 crisis, the government renamed it as the National Centre for Disease Control (NCDC) and provided it Rs. 500 crore for modernisation. Reddy feels it could become an equivalent of the US CDC.

Maharashtra and Haryana have invoked the Epidemics Act to check the spread of H1N1 flu in their cities. But the act was drafted in 1897 and is woefully out of date and scope when it comes to dealing with modern day diseases. “To deal with modern day health threats, an act ought to provide for public-private partnership between the central government, state governments and hospitals in both the public and private sector,” says Advait Sethna, partner at Shetty, Sethna & Associates, a legal firm specialising in constitutional law.
“The existing act is also largely silent on remedial measures, which should ideally be presented so that there can be a standardised response to major health threats.”
States like Delhi are claiming that they have managed to keep H1N1 in check because of better procedures in screening infected people and isolating others that may have come into contact with them. But once again because of state-wise differences in following standard operating procedures, results vary widely. In contrast, China has no H1N1 deaths. Infections have been kept in check by following uniform (and strict) quarantine procedures for all visitors entering the country or those confirmed as infected.
By restricting both the testing and treatment of H1N1 to only a handful of government-run health institutions, the government also might have ended up creating more panic among people. This is because in spite of having extremely limited testing facilities (around 200 samples a day between NCDC and National Institute of Virology, Pune, to begin with), the government directed all people even with standard flu symptoms to submit themselves for screening.
Naturally, the testing facilities were swamped with anxious people, a large majority of whom were not infected. “We already knew from other countries that the H1N1 was a mild virus by the time it reached India. If from day one the government and media had relayed that message to the public, this level of panic would not have taken place,” says Reddy.
According to WHO and Roche, the manufacturers of Tamiflu, the drug’s window of maximum effectiveness is 48 hours from the first onset of symptoms. But due to India’s overloaded testing infrastructure many patients are getting their test results only after two to four days, calling into question the efficacy of Tamiflu administered after that.
Instead, a better way might have been to rope in doctors at all hospitals, government and private, to perform an initial diagnosis and only refer high-probability cases for sample testing. In Reddy’s opinion, “What this crisis has taught us is the need to have a pre-planned network of hospitals and labs that can respond to public health emergencies.”

Tweets by @forbesindia
A Slice Of Bangalore
Who takes the Cash?