The army of millions who enforce China's zero Covid-19 policy, at all costs

China's early success in containing the pandemic through iron-fist, authoritarian policies emboldened its officials, seemingly giving them license to act with conviction and righteousness 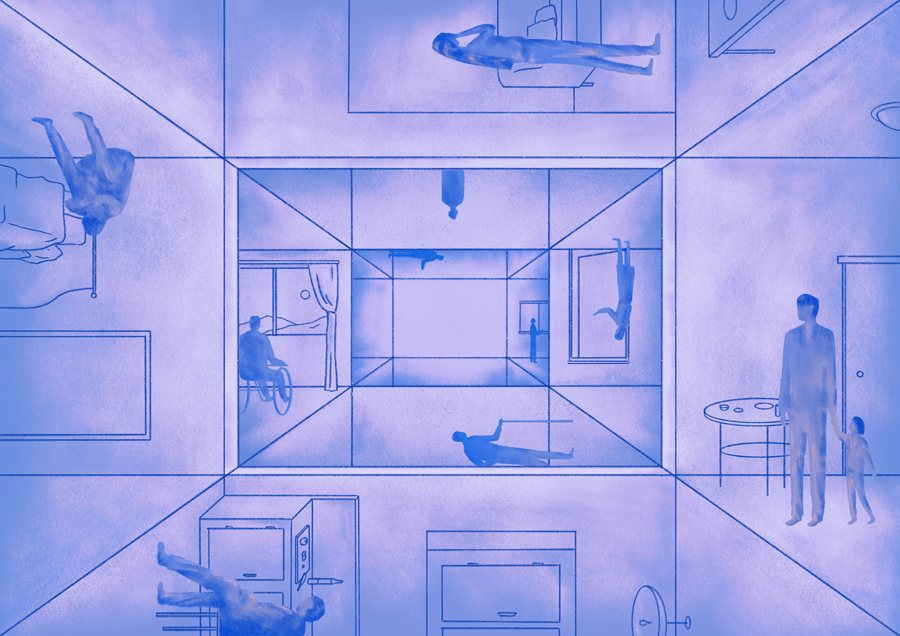 China’s “zero COVID” policy has a dedicated following: the millions of people who work diligently toward that goal, no matter the human costs. In the northwestern city of Xi’an, hospital employees refused to admit a man suffering from chest pains because he lived in a medium-risk district. He died of a heart attack. (Jialun Deng/The New York Times)

China’s “zero COVID” policy has a dedicated following: the millions of people who work diligently toward that goal, no matter the human costs.

In the northwestern city of Xi’an, hospital employees refused to admit a man suffering from chest pains because he lived in a medium-risk district. He died of a heart attack.

They informed a woman who was eight months pregnant and bleeding that her COVID test wasn’t valid. She lost her baby.

Two community security guards told a young man they didn’t care that he'd had nothing to eat after catching him out during the lockdown. They beat him up.

The Xi’an government was quick and resolute in imposing a strict lockdown in late December when cases were on the rise. But it was not prepared to provide food, medical care and other necessities to the city’s 13 million residents, creating chaos and crises not seen since the country first locked down Wuhan in January 2020.

China’s early success in containing the pandemic through iron-fist, authoritarian policies emboldened its officials, seemingly giving them license to act with conviction and righteousness. Many officials now believe that they must do everything within their power to ensure zero COVID infections since it is the will of their top leader, Xi Jinping.

For the officials, virus control comes first. The people’s lives, well-being and dignity come much later.

The government has the help of a vast army of community workers who carry out the policy with zeal and hordes of online nationalists who attack anyone raising grievances or concerns. The tragedies in Xi’an have prompted some Chinese people to question how those enforcing the quarantine rules can behave like this and to ask who holds ultimate responsibility.

“It’s very easy to blame the individuals who committed the banality of evil,” a user called @IWillNotResistIt wrote on Weibo, the Chinese social media platform. “If you and I become the screws in this gigantic machine, we might not be able to resist its powerful pull either.”

“The banality of evil” is a concept Chinese intellectuals often invoke in moments like Xi’an. It was coined by philosopher Hannah Arendt, who wrote that Adolf Eichmann, one of the chief architects of the Holocaust, was an ordinary man who was motivated by “an extraordinary diligence in looking out for his personal advancement.”

Chinese intellectuals are struck by how many officials and civilians — often driven by professional ambition or obedience — are willing to be the enablers of authoritarian policies.

When the coronavirus emerged in Wuhan two years ago, it exposed the weaknesses in China’s authoritarian system. Now, with patients dying of non-COVID diseases, residents going hungry and officials pointing fingers, the lockdown in Xi’an has shown how the country’s political apparatus has ossified, bringing a ruthlessness to its single-minded pursuit of a zero-COVID policy.

Xi’an, the capital of Shaanxi province, is in a much better position than Wuhan in early 2020, when thousands of people died of the virus, overwhelming the city’s medical system. Xi’an has reported only three COVID-related deaths, the last one in March 2020. The city said 95% of its adults were vaccinated by July. In the latest wave, it had reported 2,017 confirmed cases by Monday and no deaths.

Still, it imposed a very harsh lockdown. Residents were not allowed to leave their compounds. Some buildings were locked up. More than 45,000 people were moved to quarantine facilities.

The city’s health code system, which is used to track people and enforce quarantines, collapsed under heavy use. Deliveries largely disappeared. Some residents took to the internet to complain that they didn’t have enough food.

But the lockdown rules were assiduously followed.

A few community volunteers made a young man who ventured out to buy food read a self-criticism letter in front of a video camera. “I only cared about whether I had food to eat,” the young man read, according to a widely shared video. “I didn’t take into account the serious consequences my behavior could bring to the community.” The volunteers later apologized, according to The Beijing News, a state media outlet.

Three men were caught while escaping from Xi’an to the countryside, possibly to avoid the high costs of the lockdown. They hiked, biked and swam in wintry days and nights. Two of them were detained by police, according to local police and media reports. Together they were called the “Xi’an ironmen” on the Chinese internet.

Then there were the hospitals that denied patients access to medical care and deprived their loved ones of the chance to say goodbye.

The man who suffered chest pain as he was dying of a heart attack waited six hours before a hospital finally admitted him. After his condition worsened, his daughter begged hospital employees to let her in and see him for the last time.

A male employee refused, according to a video she posted on Weibo after her father’s death. “Don’t try to hijack me morally,” he said in the video. “I’m just carrying out my duty.”

A few low-level Xi’an officials were punished. The head of the city’s health commission apologized to the woman who suffered the miscarriage. The general manager of a hospital was suspended. On Friday, the city announced that no medical facility could reject patients on the basis of COVID tests.

But that was about it. Even the state broadcaster, China Central Television, commented that some local officials were simply blaming their underlings. It seemed, the broadcaster wrote, only low-level cadres have been punished for these problems.

Since Wuhan, the Chinese internet has devolved into a parochial platform for nationalists to praise China, the government and the Communist Party. No dissent or criticism is tolerated, with online grievances attacked for providing ammunition for hostile foreign media.

Despite announcing the city’s battle with the virus as a victory last week, the government isn’t relenting on much of the rules, and it is setting a very high bar for ending the lockdown. The party secretary of Shaanxi told Xi’an officials Monday that their future pandemic control efforts should remain “strict.”

“A needle-size loophole can funnel high wind,” he said.