For the first time ever, the Bill and Melinda Gates Foundation will be governed by a board that includes people who are not named Gates or Buffett 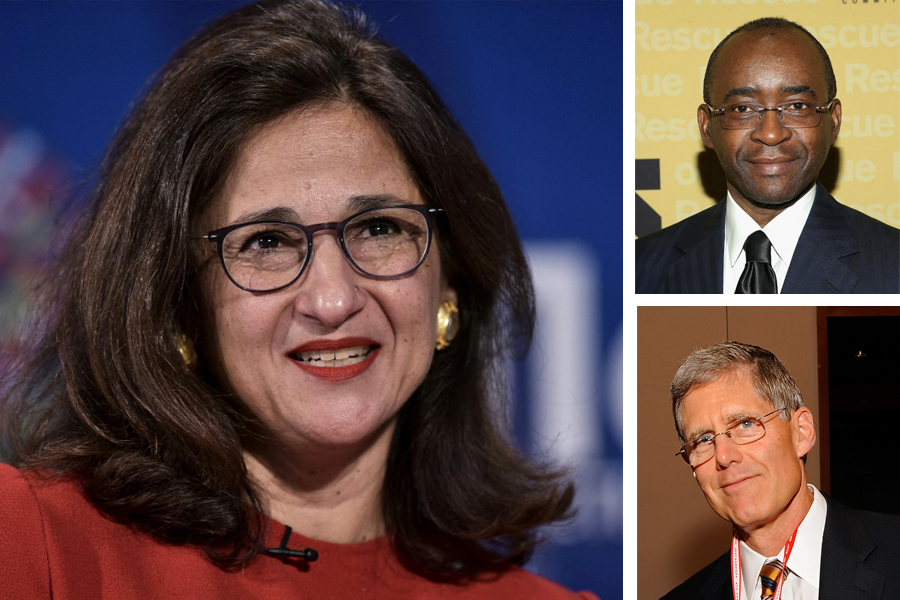 For the first time ever, the Bill and Melinda Gates Foundation will be governed by a board that includes people who are not named Gates or Buffett. The question is whether they will have the power to change anything, or even want to.

The foundation on Wednesday named the head of the London School of Economics, a fellow billionaire philanthropist and a founder of a nonprofit management consulting firm to join Bill Gates and Melinda French Gates on a newly created governing board that will oversee the charity.

The establishment of the board was heralded last year as a necessary step after Gates and French Gates announced that they were divorcing and billionaire investor Warren Buffett resigned as the third trustee of the nation’s largest charitable foundation.

The creation of the board “represents an explicit recognition by Bill and Melinda, especially in the wake of their divorce, that the foundation will be well served by the addition of strong, independent voices to help shape our governance,” said Mark Suzman, the chief executive of the Gates Foundation, in a statement. Suzman will also serve on the board, bringing the total to six members.

The new board is a significant symbolic step, one that many philanthropy experts had called for over the course of the foundation’s existence, but in practice little may change. Decisions still require both Gates and French Gates to support them, in essence handing them each veto power. The new board will also have no control over the endowment, which is held in a separate trust.

The Bill and Melinda Gates Foundation has given out more than $60 billion in grants over its 21 years, in areas like global public health and agriculture. Most recently, it provided more than $2 billion to combat the COVID-19 pandemic. The foundation paid out $6.7 billion in 2021, the most ever in a single year.

After a decade and a half of relative stability, change at the top of the Gates Foundation came quickly and unexpectedly. First, Bill Gates Sr., a co-chair, died in 2020. Then the couple announced last spring that they would be divorcing. Shortly thereafter, Buffett said he would step down after nearly 15 years as a trustee.

Under pressure to publicly discuss how the divorce might affect governance at an organization with nearly 1,800 employees that funds work in 134 countries, Suzman announced in July that big changes would be coming to the foundation, including new board members.

The foundation promised new faces but, perhaps predictably, has not gone with people totally new to the Gates universe. Suzman declined to comment on whether higher-profile names had been asked but opted not to join the board.

Some observers had wondered if a member of the Obama family might join, for instance. “People with deep, technical expertise in a particular field and some longstanding exposure and engagement with the foundation are key criteria,” Suzman said.

One new member, Thomas J. Tierney, is co-chair of the nonprofit management consultancy the Bridgespan Group, which has advised the Gates Foundation and many other leading nonprofits and philanthropists, including billionaire MacKenzie Scott.

The director of the London School of Economics, Nemat Shafik, who goes by Minouche, has also worked with the Gates Foundation in different capacities over many years in government and at prominent nongovernmental organizations. She previously worked at the World Bank, the International Monetary Fund, the Bank of England and Britain’s development agency.

Another new member, Strive Masiyiwa, is a telecom billionaire and philanthropist who has signed the Giving Pledge, which Gates, French Gates and Buffett created as a public promise to give away more than half of one’s wealth. A longtime board member of the Rockefeller Foundation, he has also been chairman of the Gates-backed Alliance for a Green Revolution in Africa.

Masiyiwa is working now as the African Union’s special envoy on COVID-19 and has been trying to broker greater vaccine access for the continent. In that capacity, he has at times been critical of Covax, the global immunization program that the Gates Foundation played a critical role in helping stand up.

The foundation was looking for “genuinely strong independent voices, willing to give frank advice in private, and potentially occasionally in public like some of Strive’s,” Suzman said in an interview.

French Gates called herself “energized to work with them to drive progress on some of the most important issues the world faces today.”

The board could include up to nine members, with the goal of increasing its representation by gender, geography and expertise under discussion, Suzman said.

“We’ve known for a long time that Gates is influenced by other wealthy philanthropists and the thinking of development banks, so the inclusion of new members with these CVs suggest more of the same,” said Sophie Harman, a professor of international politics at Queen Mary University of London who has written about the foundation in the past. “Fundamentally, I don’t see anyone joining the board who is going to disagree with Bill’s vision.”

The fact that the board did not start with nine members may reflect the difficulty of adding people at a relatively fraught juncture for the foundation. What may have felt like a plum assignment a few years ago would now mean working with the divorced co-chairs as they figure out their relationship.

Many observers were surprised by the announcement last summer that French Gates will have to leave the foundation if either she or Gates decides they cannot work together after two years. Gates has also faced a series of revelations about his behavior with female employees at Microsoft, which he co-founded, and his past dealings with disgraced financier Jeffrey Epstein. There have been no reports of sexual harassment or inappropriate behavior toward women at the foundation by Gates, Suzman said.

There will be plenty of grist for observers on the foundation’s left flank. Progressive activists have criticized the foundation for emphasizing market solutions, especially in its support of intellectual-property rights for pharmaceutical companies, and for working on problems affecting the developing world mainly through large institutions based in Europe and the United States.

The foundation has added a billionaire businessman in Masiyiwa and the former worldwide managing director of the management consultancy Bain & Co. in Tierney. Shafik, a baroness, is a member of the House of Lords and the only woman among the four new board members, despite a significant recent push by the foundation for gender equality in the world.

Board members will serve three-year terms, with a limit of two terms. Their work is unpaid. The board will meet three times a year, approve the annual budget and assess the chief executive’s performance and pay.

Tweets by @forbesindia
As Bitcoin tumbles, IMF urges El Salvador to end its crypto embrace
Photo Of The Day: Unique