Why Gender Diversity Is Important In The Boardroom 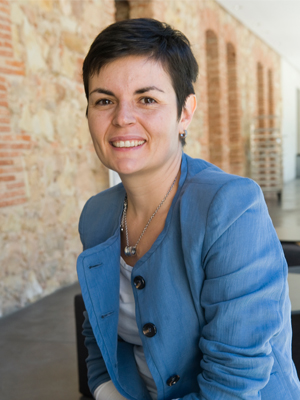 Yes, men still control the boards. Despite efforts in many companies, government bodies are still mostly masculine. Why are there so few women at the head of corporations? You do not have to look very far from your seat to notice that senior managers and members of the board of directors at the majority of large enterprises all over the world are male. In almost all developed countries, there is a clear pattern across the levels of positions and female employees that “tend to be concentrated in entry or middle level positions” (Gender Gap Research 2010). The ratio of women over men reaching these positions is still very low in many countries, though it has been increasing. If we make a ranking with the representation of women on boards, according to the data by Riskmetrics International in 2011, European Nordic countries would be at the top of the list, with figures of more than 20%, followed by US companies (12%) and the rest of European countries (13% in France, Germany 11%, UK and Spain 9% Italy 4% and Portugal 2%).  Meanwhile Asians are at the bottom of this list. The positive news is that these numbers are slowly improving.

The traditional point of view to encourage the presence of women in government bodies has been through good corporate governance and good diversity management. If diversity means more women as top executives or members of boards of directors, we can assume a positive effect on shareholder value and firm performance. A considerable amount of research has attempted to link the contribution of women to firm performance, but so far results are inconclusive. Hence, it is risky to establish a direct correlation between gender diversity and financial success. With this rationality, we may be giving to much responsibility to the role of women within those boards. There is already a vast amount of literature about the effects of diversity on company performance. Some argue that greater diversity implies a better knowledge of the market and easier identification with clients.

Others suggest that gender diversity offers more innovative and more complex solutions. As women and men usually belong to different networks, having representation from both sides should improve the size of the network (even though women have been lacking good networks that combine both work and social life, which have proved hugely beneficial to promote men).

Women represent about 50% of the population, and half of the workforce. In developed countries, the average educational levels achieved by women are at least as high as those of men. Simply put, it is expensive to lose the potential value of the knowledge, skills, and experience of so many people. There are two main reasons used for having so few women at the top: the first being that women have a special link with family responsibilities, and the second is that there are not enough women to fulfill the requirements needed to become a member of a board. Female devote more time and probably commitment to the domestic sphere, especially during their thirties, the best time for kids, but also for promotion. The lack of an adequate work life balance makes many high potential women to give up on their careers. For the second reason, however, it seems more a matter of time to me: women fully joined the labor market more recently than men, coming from a more housewife role, and so their careers have been shorter. It is arguable that women have not had time to reach top positions in corporations.

What type of women on boards can have a higher impact on the firm’s decisions? There are three types of members of boards: family members (if it is a family firm), executives, and independents. Many countries all over the world have recently implemented Equality Laws. This regulation tends to enforce the presence of minorities – women in the majority of the cases – through quotas. The extreme is the Norwegian case, where diversity in boards has been a mandatory requirement since 2003 and at least 40% of the board members of listed companies should be the minority gender.

Firms were given five years to comply and they did it: more than 40% of members are now female. However, it has created a style of professionals called “golden skirts” who are women that serve on multiple boards. Most golden skirts were not executive directors, meaning that the “glass ceiling” (the transparent barrier that stops women to climb to the most influential positions in firms) is essentially affecting careers paths from the inside. It seems extremely difficult to achieve a board member position coming from executive careers.

There is yet another phenomenon to take in account. Many corporate boards include only one woman, often considered a token. This situation does not help women’s standing on boards since these women must deal with high exposure and high pressure coupled with probably low influence in final decisions – all reducing their level for achievement. When the size of this minority grows, it increases benefits for the organization. This is what has been called the “critical mass” theory. If women are to have any effect on board interaction, the must move from being a minority to being a critical mass group.

And yes, men still control the boards, so institutions, companies, and all possible levels in the corporate world must endeavor to advance more women into executive positions of the board, especially those women who have demonstrated leadership and management skills and those who, although they have not shown yet, have a high potential to succeed. It is not about lowering standards or compromising financial knowledge, but about creating value, diversifying skills and experience, and enriching the requirements for businesses.

The presence of women on boards needs to be reinforced not only for the sake of creating more equality per se, but as a way of making corporate governance better and more inclusive for the firm. If not, women will be apart, even with their worthy investment in education and expertise, and the economy will thus be discouraging and losing out on interested, talented, and highly qualified workers. The society is also changing its values and corporations need to represent these changes as part of their implicit agreement with stakeholders.

Tweets by @forbesindia
Drink, Party And Event
What Makes A Good Leader?