Alex Menon: Braving Naxal Kidnappings to Develop One of India's Most Backward Districts

Despite being kidnapped by Naxals, Alex Paul Menon has remained steadfast in his efforts to develop Sukma, Chhattisgarh's newest district and one of its most backward 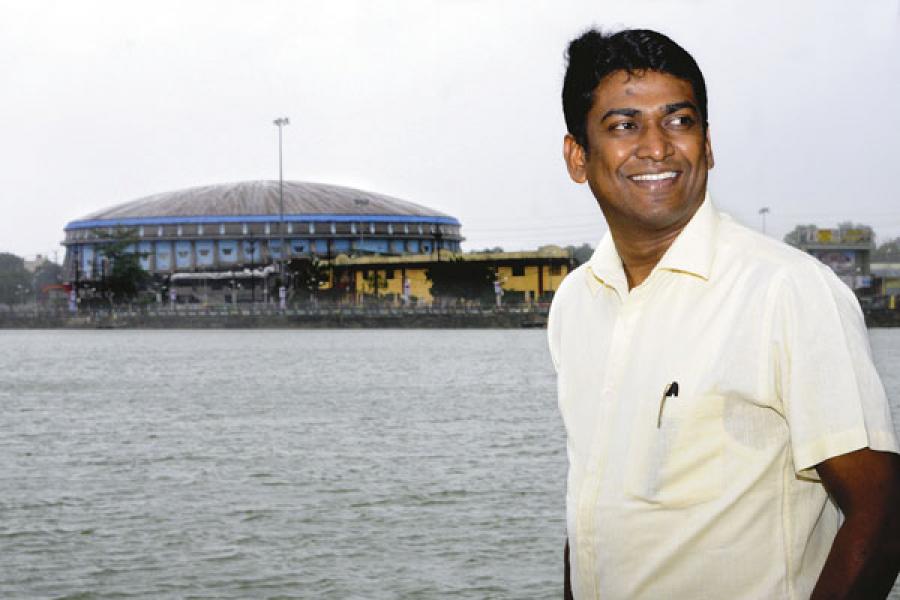 A common saying in India’s administrative circles–“PM, CM and DM”–shows the primacy the three positions–the prime minister, the chief minister and the district magistrate–enjoy at their respective power rungs. As a young DM, Alex Paul Menon was aware of the potential his role gave him to bring about changes.  But even he did not budget for his dramatic kidnapping by Naxals as he set about developing Sukma, Chhattisgarh’s newly-created district.

Sukma was carved out in January of this year to streamline administration in the perilous Naxal corridor. The impoverished district lacked basic amenities like food, water, roads and schools.  Growth initiatives in the area would often face the wrath of Naxal strongmen, who acted independently of the leadership and demanded their share of the pie. Typically, through a local notice, they would seek a cut from a contractor's total budget for building a road. A road that might have cost Rs 90 crore would gobble up Rs 250 crore, yet be of inferior quality. The locals, increasingly mistrustful of the government, would look the other way.

Within a month of its creation, Sukma had a well-equipped DM’s office, even a video-conference facility. But Menon knew that winning the confidence of people was central to bringing about change. He hit the ground running, thanks to his experience as an assistant to the DM of Bijapur–another Naxal-affected district. “I knew the psyche of the place had to be dealt with as nobody was excited,” he says.

Menon began by organising a three-day cultural festival in Sukma that hosted some of the most popular talents in the country–the Prince dance group, for instance, winner of India’s Got Talent. He built camaraderie among the villagers by conducting sports activities, especially cricket matches, every day and gave participants new uniforms. At a painting exhibition, he invited people to express their ideas on peace, an elusive concept in the community.

He also focused on solving some of the area's most pressing survival problems. “Food security was my priority,” said Menon, who started new Public Distribution System shops, issued 13,000 Antyodaya cards enabling citizens to get foodgrains at Rs 1 per kg and built a godown to ensure grains were supplied on time.

Menon stepped on the toes of the Red brigade by penalising contractors and government officials for poor services. In three months, he choked funds to insurgents while winning the tribals over to his side. Every day, about 40 people lined up at his office with their grievances. And most went home happy.

On April 21, as Menon reached Majhipada to announce several development programmes for the village, the Naxals stormed his meeting, killed two of his bodyguards and kidnapped him.  He was released after 12 days in captivity in which he fought against bouts of severe illness. But the 32-year-old made a strong statement by resuming office the very next day.

Menon has just been transferred to the state capital with a new assignment. In his spare time, he reads up on the writings of former bureaucrats like DD Sharma and P Shankaran on resolving the Naxal problem. “Getting kidnapped runs in my family, it doesn’t bother me,” he jokes, referring to his uncle T Radha, an Andhra cadre officer who was also abducted by the Naxals while in office.

Tweets by @forbesindia
Putting the spotlight on leaders with the small 'l'
Ram Mohan Mishra: Every Citizen is an Entrepreneur