1. The Amalgamations family
$2 billion
Rich List Rank: 47
The Chennai-based group, started by S Anantharamakrishnan in 1938, has long considered its privately-held tractor company TAFE (Tractors & Farm Equipment), run by Mallika Srinivasan, as its biggest asset. Its entry into the Forbes India Rich List, at No 47, can be traced to a solid run for TAFE, now India’s second-largest tractor company. Rising demand for mechanisation as a result of the falling availability of labour has given TAFE a good year (Tractor sales increased by 22 percent in 2013-14). Also, backed by its US partner, AGCO Corp (which has a 24 percent stake), TAFE has been able to grow exports faster than its rivals. The company, now India’s largest small tractor exporter, has opened a new manufacturing facility in China which will serve as its global base. 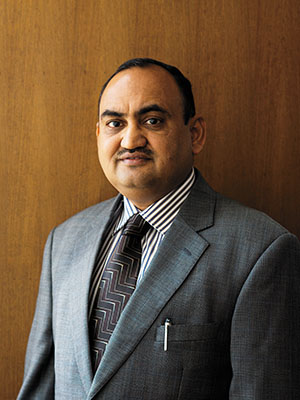 2. Dilip & Anand SURANA, Micro Labs
$1.3 billion
Rich List Rank: 73
Started by Ghewar Chand Surana in 1973, this closely-held company is among the 20 largest pharma businesses in the country. For 2013-14, Micro Labs recorded a turnover of about Rs 2,500 crore with a profit of Rs 350 crore. Management is divided between the two brothers—the older Dilip focuses on the domestic market while Anand manages exports which account for about 40 percent of the revenue. Much of the growth can be attributed to better margins for pharmaceuticals in the international markets. Going forward, Dilip even expects international sales volumes to exceed domestic.
Image: Vivek Mathew for Forbes India
3. Hasmukh Chudgar Intas Pharma
$1.2 billion
Rich List Rank: 80
The 81-year-old founder of Intas Pharma, a qualified pharmacist, makes his debut on the Rich List after private equity firm ChrysCapital sold 10 percent of its 16 percent stake to Temasek, valuing the company at $1.5 billion. Intas, which focuses on chronic therapy, launched generic cancer drug Azadine in June this year to help fight Myelodysplastic Syndrome and acute leukaemia. It has priced Azadine at one-fifth of the current price charged by the US innovator brand (Vidaza): This makes the drug accessible to more patients. The Ahmedabad-based Intas has twice deferred its plan for an IPO. Last year, Chudgar’s sons, Nimish, Binish and Urmish, who run the company, filed a red herring prospectus and also received a nod from Sebi. However, they let the approval lapse mainly because of a sluggish market.

4. Surendra Hiranandani, House of Hiranandani
$1.17 billion
Rich List Rank: 83
The younger sibling of Niranjan Hiranandani (who is 79th on the Rich List) is the founder and managing director of the privately-held House of Hiranandani, formerly called Hiranandani Upscale, launched in 2005. His daughter Neha helps run the company which has projects in Chennai, Bangalore and Hyderabad; it has been planning to launch in Mumbai as well. Surendra is also trying his hand in the retail business with Bloom and Gold, a premium supermarket at Egattur in Chennai. The two brothers operate separately even though Surendra still owns a 50 percent stake in the older projects. 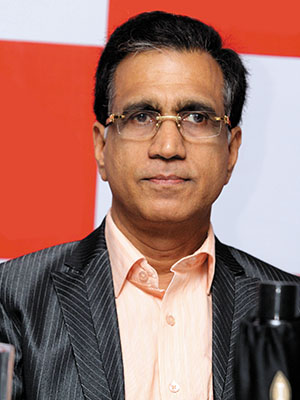 Unlike competitors PC Jewellers and Tribhovandas Bhimji Zaveri, who were listed on the Indian bourses in the last two years, Kalyan is reportedly looking at private equity funding to raise capital for expansion.

India is the world’s largest consumer of gold, and is rapidly moving up the ranks on diamond jewellery sales. To that end, his most recent foray has been into ‘affordable’ jewellery, where he plans to convert his customer service centres (My Kalyan) into mini outlets to retail diamond jewellery and tap into that growing market.

6. Rajendra Agarwal Macleods Pharmaceuticals
$1.1 billion
Rich List Rank: 90
Agarwal is among the two medical professionals to make their debut as billionaires on the Forbes India Rich List this year. The low-profile promoter started the company in Mumbai in 1986, with a strong focus on anti-tuberculosis and anti-infective drugs. Macleods has gone on to become a global supplier of first and second line drugs for tuberculosis. Growing export business has been a key driver for Macleods, much like for many Indian pharmaceutical companies. The company has also moved into high growth chronic drugs, offering therapies for cardiovascular, diabetes, orthopaedics, gynaecology, respiratory and oncology problems.

7. Azad Moopen, Aster DM Healthcare
$1.05 billion
Rich List Rank: 95
The Dubai-based physician-entrepreneur, who built a healthcare empire in the Middle East, has big dreams for the Indian market. A major part of its revenue comes from its business in the Gulf Cooperation Council, which includes UAE (under Aster and Medcare brands), Qatar, Saudi Arabia and Oman. It has interests in pharmacies, diagnostic centres and medical centres. In August, Aster bought a majority stake in Hyderabad-based Sri Sainatha Multi-Speciality Hospital with a presence in South India and Maharashtra, and over 1,600 hospital beds. Moopen has said that he is looking at an IPO in India, to raise about Rs 1,000 crore. Early this year, it garnered about $65 million from its existing private equity investors Olympus Capital Asia Holdings and India Value Fund Advisors (IVFA). Moopen’s most high-profile greenfield project in India is Aster Medcity in Kochi, a medical township directed at local patients as well as medical tourists.

8. Radhakishan Damani
$1 billion
Rich List Rank: 100
The Mumbai-based billionaire is the second investor on the Forbes India Rich List, after Rakesh Jhunjhunwala (who is at number 51). Unlike Jhunjhunwala, Damani is obsessively low-profile. Known for his shrewd business acumen, Damani picked up a stake of about five percent in struggling logistics company Gati Ltd in December last year. Market analysts see this as a timely call given that ecommerce and modern retail are posed to grow. The Gati stock has jumped by over 300 percent in 2014, much of this after Damani’s fund Derive Investments bought the shares.