Mahindra Finance: Off the beaten track

Competence is a given at Mahindra Finance. It's divergent thinking that is helping the company identify tomorrow's leaders 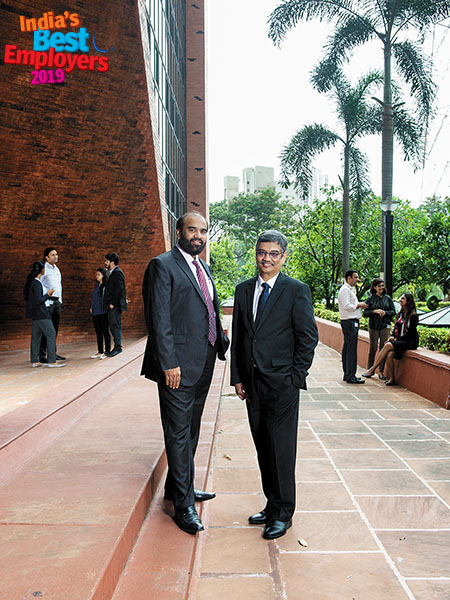 For a company with 22,000 employees spread over 1,400 locations, spotting top performers can be an onerous task. Mahindra Finance has several employees regularly exceeding targets and keeping bad loans under check. How does the management identify the next leaders?

The company took inspiration from The Apprentice series anchored by Donald Trump where participants were put through a set of challenges and after a series of eliminations, the top two candidates got jobs with The Trump Organization. Mahindra Finance chose to christen its version Chakravyu.

Every year, teams with 25 employees are identified from across the company. “Our aim is to see how they perform outside an office environment,” says Ramesh Iyer, managing director at Mahindra Finance. Often, branch managers within the company are aged between 24 and 28 and while most of them do their jobs competently, this platform is a good space to spot those who think out of the box.

They’re stripped of any financial and communication equipment or any office supporting infrastructure. Ideas are then presented to a panel of judges from the Indian Institute of Management. These could be as simple as making and selling chocolates to supplying vegetables to restaurants. Contestants work off borrowed money charged at a daily rate of interest.

Once on the field, they are assessed by the judges to see how they perform in unfamiliar environments. Those who improvise and think on their feet are given higher marks and are put on the path to larger roles. “Initiatives like these work well for both the employer and employee. Top management is able to spot talent and employees believe that they are getting a chance to showcase their skills outside their day-to-day jobs,” says R Suresh, managing director of Insist, an executive search and consulting firm.

It’s initiatives like Chakravyu that have made Mahindra Finance a top-ranked business within the Mahindra Group. Over the last decade, both revenues and profits have grown tenfold to ₹10,429 crore and ₹1,927 crore respectively.

At the same time, the company is seen as a top place to work within the Mahindra Group. The quest to get to the top in employee satisfaction started a decade ago. “The first challenge we faced was that we did not have any metric with which to measure employee engagement,” says Vinay Deshpande, chief people officer, Mahindra Finance, which instituted a survey-based method to measure it. Through basic questions—“do I have a friend at the workplace or do I believe compensation is fair?”—employees rank the organisation on a 1 to 5 point scale and in the latest rankings, the company scored 4.61—the highest within the group. The annual survey helps HR map morale within the organisation.

While Chakravyu gives employees a chance for the company to identify talent, another programme allows it to see how young managers strategise. They’re put in a classroom environment and asked to simulate the performance of a company over various quarters. How would they allocate resources to a factory that is not performing optimally? Would they invest in training employees or new products? “While I prefer to compensate based on performance, I would promote people based on their potential,” says Iyer, who has also instituted programmes with Insead and Carnegie Mellon for senior level managers.

Senior managers within Mahindra Finance are placed in a talent pool for both group level roles as well as functional roles. So a finance manager could move either to the next level within the same company as well as to a finance role within a larger business at the Mahindra Group. This allows for more opportunities for employees who may believe they are stagnating as they move up the ladder.

And lastly, for junior employees, Deshpande stresses that over the last decade, the company has made efforts to grant more autonomy to managers which has also helped in retaining them. Mahindra Finance always hires locals who are in tune with the local environment. Employees are asked to assess the creditworthiness of customers based on their understanding of businesses and don’t work off a template to either grant or deny loans. This is particularly important as competition for field staff in non-banking finance companies has been intense in the last five years.