Go Tell It On The Mountains: How Word Of Mouth Can Lead To Buy-In Of A Technology

Social interaction is critical in the diffusion of all innovations

By Deborah Compeau and Phoebe Tsai

Properly conveyed and clearly communicated, word of mouth can become a terrific tool to enhance the adoption of a particular change such as the introduction of a new technology. Focusing on the two most critical stages of the adoption can enhance the possibility of success even more. Readers will learn how to achieve these goals in this article.

Consider this scenario: Carol, Ben and Adrian are business analysts in a large retail organization. One day, Adrian stopped by Ben’s office to chat about getting a new laptop. Ben’s officemate Carol, overhearing their conversation, joined the chat. Wanting information on a specific model, she clicked OneNote, software that manages various documents for easy search and quick retrieval. Adrian had heard about OneNote, but this was the first time he saw what it could do. After he saw Carol use OneNote to quickly retrieve a note she kept about the latest laptops, he walked away, thinking, “That is handy.” He still wasn’t sure which laptop to buy, but he learned something about OneNote, and even wanted to use it to manage his meeting notes. 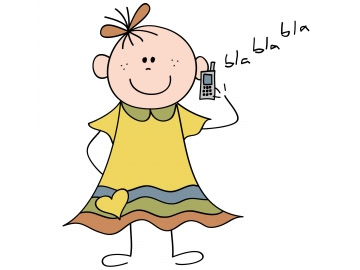 This scenario illustrates the important role of Word-Of-Mouth (WOM) – or social interaction – in the diffusion of an innovation, where an informal social interaction becomes an opportunity for an individual to learn about a new technology by talking with or observing others. The process is casual, natural, and potentially influential in shaping or changing the individual’s beliefs about the new technology. This article will describe how social interaction influences the adoption of a new technology and other innovations.
Social interaction and innovation
Social interaction is critical in the diffusion of all innovations. For example, consider the case of a typical solar panel adopter demonstrating the new equipment to six peers (Rogers, 2003). In the research, Rogers identified the five stages of innovation diffusion that an individual experiences over time: knowledge, persuasion, decision, implementation, and confirmation. Rogers found that it is during two of these stages, knowledge and persuasion, that the individual processes information about the innovation from various social sources (e.g., social circles, mass media) before forming a concrete idea about the innovation.

Rogers’ model is useful for describing how an innovation is diffused in a social system. When it comes to technology, however, managers must consider other factors before deploying Rogers’ insights to tip the success of implementation in organizations. First, we must recognize that the adoption and the implementation of a new information technology (IT) is a specific instance of organizational change. It inevitably generates uncertainty on issues that are highly relevant to employees, such as changes in the workload or even employment stability (Kiefer, 2005). This uncertainty gives rise to various negative emotions in employees, such as anxiety, annoyance, and anger, none of which contribute to technology acceptance or workplace morale. It remains unclear as to how managers can take advantage of scenarios similar to the interaction between Adrian, Ben, and Carol, and plant the seeds for the acceptance of a technology through social interaction. We suggest several ways that managers can do so in the paragraphs below.

Methodology
In our most recent study, we examined the influence of both formal and informal communication on employees’ acceptance of a new technology. First, we conducted an in-depth case study in a community health organization to identify the components that were most relevant to social interaction during the knowledge and persuasion stages of technology adoption. The five key components are:

User emotion. Employees may experience a broad range of emotions when adopting a new technology, ranging from enthusiasm, indifference, to anger (Klein and Sorra, 1996). Based on the findings of the case study and the literature review on organizational changes, we chose enthusiasm and anxiety to represent employees’ emotion.

Usage intention. The focus of technology-adoption research is on an individual’s decision to adopt the technology. Therefore, we used Intention to Use the Technology as one outcome variable.

Coping intention. In the case study, we observed employees’ stress responses triggered by the coming of a new technology, as well as the various coping strategies (e.g., humour) deployed in the attempt to regulate the negative emotions. We were particularly intrigued by the strategy of Seeking Social Support in the case study, because this strategy is highly relevant to the information exchange and processing during the innovation diffusion. It is defined as the intention to reach out to others in order to cope with the anxiety associated with the new technology. We incorporated Intention to Seek Social Support as another outcome variable.

Once the above five components and their pertinent variables were identified, we then examined the inter-relationships among the variables, with field data collected through an online survey. We invited a random sample of 1445 actively-employed alumni of the Richard Ivey School of Business to fill out the survey.

Key findings
Almost half (47.7 percent) of the 241 people who responded were experiencing the implementation of one or more new technologies at work. This means that at any point in time, one organization in two will be experiencing a change in work based on the rollout of a new technology. The type of technology ranged from knowledge management, transaction processing, analysis and reporting (e.g., SAP), to communication and collaboration tools (see Figure 1). 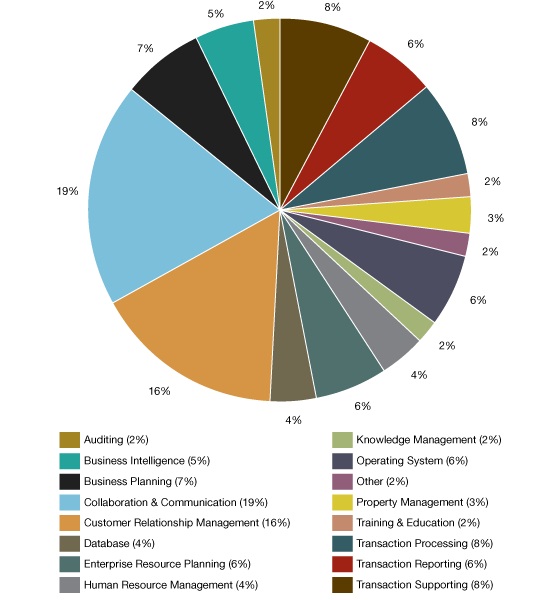 Figure 2: Percentage of Levels of Choice in Using the New Technology

Before managers make an announcement concerning a new technology, they should first gauge how well these four aspects are communicated. If one or more of the four aspects is communicated poorly, it may lead to employees’ anxiety toward the adoption of the new technology. When the four aspects of information are thoroughly delivered in a timely manner (i.e., high-quality of formal communication), employees are more likely to become enthusiastic about the new technology (see Figure 3). In addition, they are also more likely to believe that the technology is going to be useful and easy to use, that their usage will be supported with resources, and that other people expect them to adopt the technology. 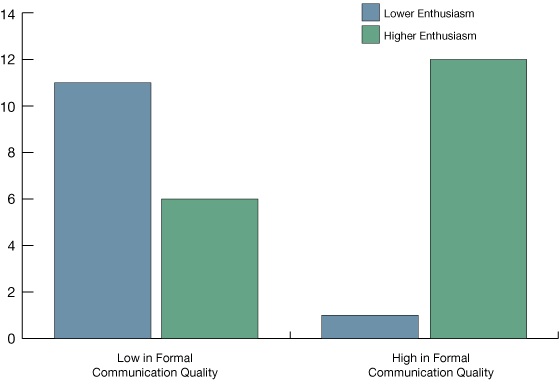 So why don’t more managers communicate like this? Research has shown that poor communication regarding changes in organizations actually results from good intentions (DiFonzo and Bordia, 1998). That is, managers are often silent about changes only because they do not want to mislead employees by giving out (incomplete) information that may be subject to change. In other words, because we know change is stressful, we tend to avoid saying anything that might increase stress until we are sure about what will take place. But doing so actually has the opposite effect: It increases stress because it promotes greater uncertainty.

To curb the tendency to remain quiet, managers should, “Tell employees what is known. Answer questions that can be answered and explain why others cannot be answered” during system implementation (DiFonzo and Bordia 1998, p. 299). To minimize users’ negative reaction when information changes (which it inevitably will in a complex project), managers should acknowledge that certainty or uncertainty underlies the information. Giving your best estimate of what you think will happen today, and acknowledging when/why you think it might change will satisfy the short-term need for information, while creating the expectation that things are subject to change. In brief, timely and thorough communication initiated by management plays an important role in stimulating enthusiasm among employees, whether the technology is mandated or discretionary. After all, enthusiasm is the essence of buy-in. When employees are enthusiastic about a new technology, adoption will follow more naturally.

Informal communication
Informal communication – in the form of favourable word-of-mouth about the new technology – has a similar effect in boosting employees’ enthusiasm. We also found that positive word of mouth alleviates anxiety in the information recipient (see Figure 4). In addition, those who heard favourable word-of-mouth are more likely to believe that the new technology is easy to use, and that there will be sufficient resources to support such usage. 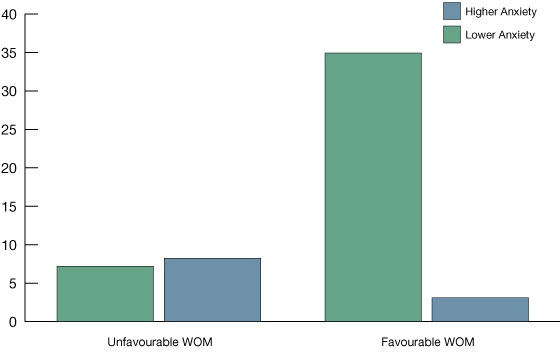 It is somewhat heartening to see that, at least in aggregate, the informal communication about new technologies is positive across the six social groups. We did, however, find a range, with some respondents receiving negative WOM. For example, the distribution of WOM is relatively even in the group of friends at work; it is skewed toward the positive side in the group of the “go-to” persons (see Figure 6). No matter what the distribution, some of our respondents got negative WOM from either group.

Figure 6: Examples of Distribution of WOM

In addition, managers can improve the physical layout of office space and the work pace so that social interaction is not diminished. This idea is similar to knowledge-sharing friendly offices. Voluntarily telling colleagues how handy a new technology is actually requires opportunities for them to encounter it first, as shown in the scenario earlier. Prior research showed that “water-cooler conversation” can improve employees’ technological competence (Boudreau and Seligman, 2005), because employees can quickly seek information from others for technology-related problem-solving. Likewise, employees can learn about a new technology from others and engage in collective sense-making in this type of unplanned encounters. The availability of time and space for members of the same work group to take a break together may have similar effects. Another recommendation is to place expert users in a highly accessible area of the office. This may help the good news of a new technology travel fast and far.

For virtual teams, physical encounters are much less feasible for spreading word-of-mouth. In our case study, the opportunities for social interaction were limited for employees in the community health organization, mainly due to different work schedules and the job requirement to constantly commute to various neighbourhoods. In that situation, managers can provide communication tools to enable social encounters in the virtual world. Social networking tools, such as messaging, Facebook, and Twitter can be developed to facilitate community building and informal information sharing.

Implementing new IT will likely always be a challenge. But we can use the results of this research to help limit the difficulties by taking advantage of both formal and informal communication to influence employees’ emotions. Through improved communication in the WHAT, WHY, HOW, and WHEN of the new technology and facilitated circulation of favourable word-of-mouth, managers can gain buy-in from employees and keep their anxiety at bay during system implementation.

Tweets by @forbesindia
7 Unique Gifts to Surprise your Partner with
Podcast: Questions that need asking