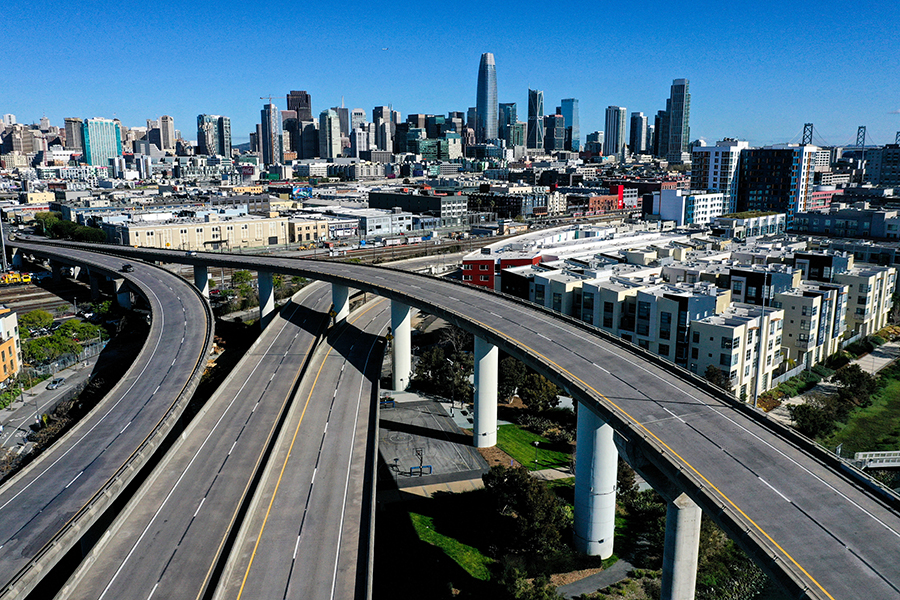 “Become the next Silicon Valley.” So many cities have adopted this goal that it has become a cliché.

Many policymakers want to emulate the economic success of the San Francisco Bay Area by drawing tech workers to their own cities—even if they are relatively small. Yet a new study by Hyejin Youn, an assistant professor of management and organizations at Kellogg, and her colleagues suggests that modestly sized urban areas can’t just funnel some money into the industry and expect it to thrive.

Growing cities tend to follow a universal pathway, moving from work that relies primarily on manual labor to jobs that rely more heavily on cognitive labor, the researchers report. In a study of U.S. urban areas, the team found that the tipping point tended to occur when the population reached about 1.2 million. Small cities under that threshold may not be able to build a strong tech industry because they don’t have enough people in other industries—from public transit to laundry services—to support software engineers, Youn says.

“If you want to be the next Silicon Valley, then you need a certain number,” she says. “The whole package of an urban system should grow together.”

As employees become accustomed to working remotely during the COVID-19 crisis, it’s possible that industries suited to remote work, such as tech, will become less tied to particular cities. This shift might alter the universal patterns of urban development that Youn’s team found. But she suspects that innovation can’t be completely detached from a physical place, because new ideas often arise and are refined through in-person interactions. Because new ideas, by definition, don’t have a defined vocabulary, they usually require some degree of nonverbal communication, which isn’t easily replicated in a Zoom meeting.

The early stages of cutting-edge work “can’t be done remotely,” she says. “The technology is not there yet to share the idea efficiently.”

The City as an Organism
People tend to think of cities as having unique personalities. Chicago, for instance, feels very different from San Francisco. But Youn points out that urban areas have many common features: a city center, public-transit system, a rail line to the airport, similar levels of services such as grocery stores and bakeries, and so on.

“Some commonalities appear over and over,” Youn says.

So Youn and her colleagues set out to study these commonalities. She collaborated with Inho Hong and Iyad Rahwan at the Max Planck Institute for Human Development, Morgan R. Frank at the University of Pittsburgh, and Woo-Sung Jung at Pohang University of Science and Technology.

“We try to focus on generalities of urban systems rather than the uniqueness of each city,” she says. The team’s approach is similar to the way that biologists study organisms. While each individual adult may be different, they all follow a similar developmental process.

Finding common patterns in urban development could improve policymaking. If most cities grow in a particular way, but urban planners are unaware of such trends, it’s hard to know whether a city’s trajectory is being driven by policies and deliberate strategies, or simply by natural progression. It also makes it difficult to measure whether the city is performing better or worse than one would expect from a typical city.

One key question is the extent to which industry trends are driven naturally by population growth. Understanding this link could help policymakers predict how certain types of businesses will scale up as the number of people in their region grows.

From Enid to New York City
The researchers started by examining the U.S. Census Bureau’s population and employment data for 350 cities. The sample included small cities such as Enid, Oklahoma, and Carson City, Nevada; mid-sized ones such as Knoxville, Tennessee, and El Paso, Texas; and large metropolises such as New York City and Los Angeles.

For each city, Youn and her colleagues determined which industries were “characteristic” to that place—that is, more active than average—from 1998 to 2013. They found that smaller cities’ characteristic industries tended to fall into the “primary” sector, which involves producing or extracting raw materials and requires extensive manual labor, such as mining and agriculture. In contrast, work in big cities skewed toward more complex “tertiary” industries that depend more heavily on cognitive labor, such as finance and information.

While this divide was already well-known based on case studies, the analysis showed that the pattern went beyond anecdotal evidence. “It is very systematic, almost like what we observe in natural laws,” Youn says. The likely reason is that because large cities contain more people, they provide more opportunities for workers to interact and exchange ideas, creating fertile ground for tertiary industries.

The transition from primarily manual to primarily cognitive labor happened when cities, on average, reached about 1.2 million people. The results suggest that policymakers can’t just bring 100 brilliant software engineers to a small city and expect the tech industry to succeed in the long run, Youn says. Those workers thrive in big cities because other industries make their lives more efficient—for example, laundry services, restaurants that offer takeout, and extensive transportation systems.

Policymakers need to consider the entire urban ecosystem “rather than focusing on just one industry,” she says.

A Predetermined Path?
The researchers also studied the size of each industry relative to population size. The analysis gave them a sense of how industries in a typical city tended to scale up as its population grew.

They found, for example, that for cities that behaved typically, having double the population led to a real estate industry that was more than twice as big, at an average of 117 percent larger. Other industries seemed to grow more slowly. For instance, in the same population-doubling scenario, manufacturing was an average of only 92 percent larger.

These numbers provide a baseline for how industries in an average city might be expected to grow.

But would these trends hold up if the team examined the growth of individual cities over time? How closely would the expansion of industries match the baseline rates?

If every industry closely followed the baseline, that would imply that urban growth is highly predictable and constrained. But if some of them deviated depending on the city, policymakers might have more leeway to influence the trajectory of those industries.

To investigate, Youn and her colleagues also tracked how industry employment changed with population size for the same 350 cities over the 16-year study period. For each industry, they determined how closely its growth followed the expected baseline rate as a city’s population rose.

Based on that analysis, the team assigned each industry a number called a recapitulation score. The higher the score, the more closely the industry mirrored the expected growth rate.

Education, retail, construction, and utilities had high recapitulation scores ranging from 0.90 to 0.79, meaning that they tended to follow a predictable path. But others, such as mining and agriculture, scored only 0.06 and 0.28, respectively—meaning that they varied widely from one city to the next and had little relation to a city’s size. This is perhaps partly because they were driven more by local natural resources and environmental factors.

Finance and information—which includes tech firms—had modest recapitulation scores of 0.50 and 0.58. These industries, therefore, might be affected by policy or other idiosyncratic factors, Youn speculates.

Wiggle Room
The analysis suggests that cities do appear to follow a universal journey, with at least some element of predictability to how industries will develop over time.

“There is some kind of trajectory,” Youn says. “However, this path is not a fine line.” The width of the path can vary depending on the industry. Those with high recapitulation scores, such as education and retail, don’t deviate much from the norm. But those with more modest recapitulation scores, such as finance and information, have more wiggle room.

How does this finding square with the idea that cities need to pass a certain population threshold to establish strong tech businesses? Youn explains that even though these companies are less beholden to population growth than others, a substantial part of their expansion does depend on the number of people in the city.

“There is only so much room you can wiggle,” she says. “They’re still bound to the natural growth.”

Tweets by @forbesindia
Photo of the Day: Lockdown, again.
How PE firms are becoming bullish on startups in India