Customers can be jerks. Here's why some employees retaliate

But take heart, companies can curb that instinct for revenge. 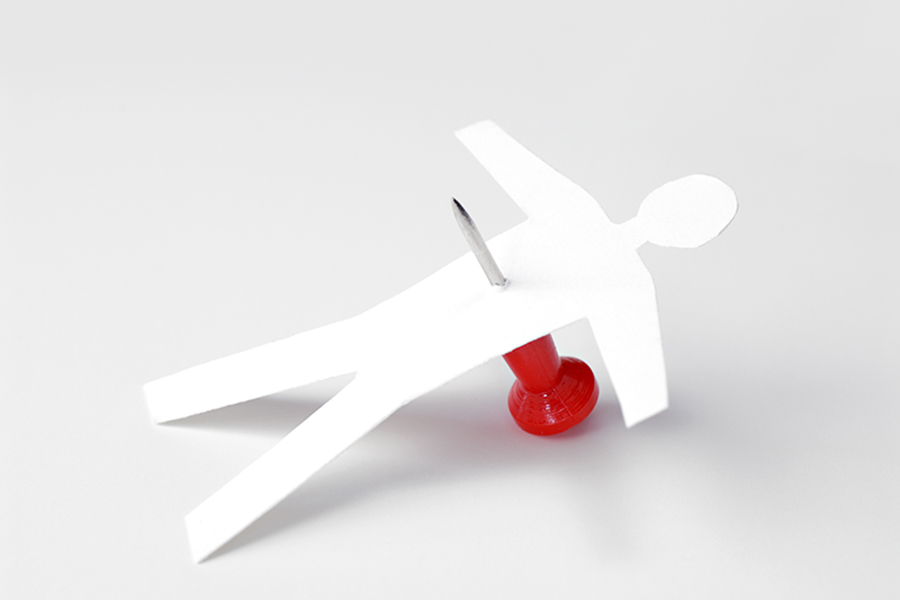 Picture an employee at a print shop: After a rude comment from a customer, he may plot his revenge. Perhaps he deliberately delays the project by working slowly or “ignores” that embarrassing typo in their materials.

Many of us have, likewise, contemplated acts of sabotage against troublesome customers. Still, we usually know better than to take action. Not only would that sort of payback be unethical, it could embarrass our employers or even get us fired.

But what can we learn from situations when workers do go tit-for-tat with unpleasant customers? That’s the question posed in a new paper from Cynthia Wang, a clinical professor of management and organizations at the Kellogg School.

After experiencing poor treatment, “why, exactly, do [employees] respond in a bad way?” Wang asks.

In addition to studying instances of customer sabotage, Wang and her coauthors hoped to identify solutions and “understand what circumstances can mitigate this deleterious process,” she says.

Organizational Culture and Employee Behavior
There is lots of psychological research devoted to understanding how and why people make moral decisions. For this study, Wang and her coauthors—Yu-Shan (Sandy) Huang of Northern Michigan University, Rebecca L. Greenbaum of the State University of New Jersey, and Julena M. Bonner of Utah State University— were drawn to what is called the social intuitionist model.

Social intuitionists argue that moral decision-making isn’t a careful, anguished process. Rather, it is the result of snap judgements, shaped by emotion.

Drawing on the social intuitionist model, the researchers hypothesized that customer sabotage is the endpoint of a psychological chain reaction. When we are insulted or abused by customers, our hostility rises. In that heightened emotional state, Wang explains, we begin to view problem customers as not worthy of fair treatment—a phenomenon psychologists call “devaluation of targets”—which leads employees to see those customers as subhuman. That, in turn, leads to leaving a customer on hold longer than necessary, or a wad of spit in someone’s food.

That is precisely what the researchers found when they crunched the numbers from the survey and experiment they conducted: it’s a speedy downhill slide from mistreatment to hostility to devaluation to sabotage. And none of it is fully conscious.

“These decisions are very quick and implicit. We don’t necessarily notice them going on,” Wang explains.

Fortunately, the researchers find, there is a way to break the vicious cycle of customer sabotage. When employees believe that they are working in a highly ethical environment, they are less likely to take the low road.

“Ethical climate breaks the chain in two places,” Wang explains. It prevents devaluation of targets—viewing customers as subhuman—and it stops employees from becoming saboteurs, even when they have already devalued their customers.

Call-Center Customer Sabotage
To understand how customer sabotage plays out in the real world, the researchers surveyed 135 full-time employees at a call center in Taiwan.

In the survey, they asked the call-center workers to rank from one to seven how often they were mistreated by customers. The workers were also asked to rate how hostile they felt toward rude customers; how much they dehumanized others (“Some people deserve to be treated like animals”); how often they engaged in various sabotaging behaviors (“I intentionally ignored the customers for a long period of time”); and how ethical they perceived their employers to be (“My company strictly enforces policies regarding ethical behavior”).

The survey responses helped the researchers understand the chain reaction of customer sabotage. Employees who experienced customer mistreatment, the survey found, were more likely to feel hostile. That hostility, in turn, made them more likely to devalue customers, which led to a higher chance of sabotage.

Understanding Sabotage As It Occurs
The results of the call-center study were intriguing, but the researchers knew they could not get the whole story from self-reported survey answers. After all, it’s hard to retroactively ask people about times they’ve engaged in customer sabotage—employees might, in hindsight, downplay their misdeeds.

So the team constructed an experiment that would allow them to understand customer sabotage as it was occurring. (And don’t worry—they didn’t study waiters. “We don’t measure food-spitting as a dependent variable,” Wang jokes.)

Instead, they recruited 156 online participants to complete two editing tasks for a “client” on behalf of the fictional company Expert Editing Services. After completing the first project, some of the study participants watched a video about Expert Editing Services’ commitment to ethical conduct. As a control, the others watched a video about the editing process.

Then, before beginning their second editing project, the participants received one of two emails from their (fictional) client. Some received a cordial message, noting that, although they had made a few mistakes, the client was happy with their work. Other participants received a more hostile response, in which the client berated them, calling them “slow,” “lazy,” and “dumb.” (“I felt horrible writing it,” Wang admits.)

After receiving these emails, the study participants completed a second editing task and then answered survey questions about their experience with Expert Editing Services. Included in the survey were questions designed to assess feelings of hostility, devaluation of targets, and perceptions of the company’s ethical climate, similar to the ones used in the call-center study.

The researchers measured customer sabotage in two ways: by speed (working quickly, they theorized, indicated a lack of care) and by the number of errors the study participants corrected.

The results from the experiment were very similar to those from the survey of call-center workers.

Participants who received the nasty client email reported greater levels of hostility and were more likely to devalue the client than those who received the neutral email. Yet, as the researchers hypothesized, ethical climate suppressed sabotage behavior. Participants who were not exposed to the ethics video were significantly more likely to sabotage the client. Yet, the increased rates of sabotage completely disappeared for mistreated participants who had watched the video about ethics. In other words, being reminded of their ethical commitments kept people’s initial hostility from escalating into sabotage, even when they were treated poorly by their customer.

But Wang sees some reasons for hope in the study results.

Customer mistreatment is, of course, wrong, but it’s usually not premeditated or even particularly thought through.

Because the researchers measured emotional reactions—which we tend to arrive at intuitively without methodical deliberation—and those emotional reactions led to the mistreatment, they were able to conclude that these decisions happen spontaneously.

What’s more, companies can help employees turn the other cheek, simply by making clear that they take ethics seriously. In essence, in an organization where ethics are emphasized, employees’ hostile reactions towards misbehaving customers are less likely to produce devaluation, and devaluation is less likely to result in customer-directed sabotage.

“What is espoused from the organization or talked about, to the public, actually has a very strong influence on internal actions,” Wang says. When employees believe that the company cares about ethical conduct, “that can disrupt the progression from hostile reactions to sabotage.”