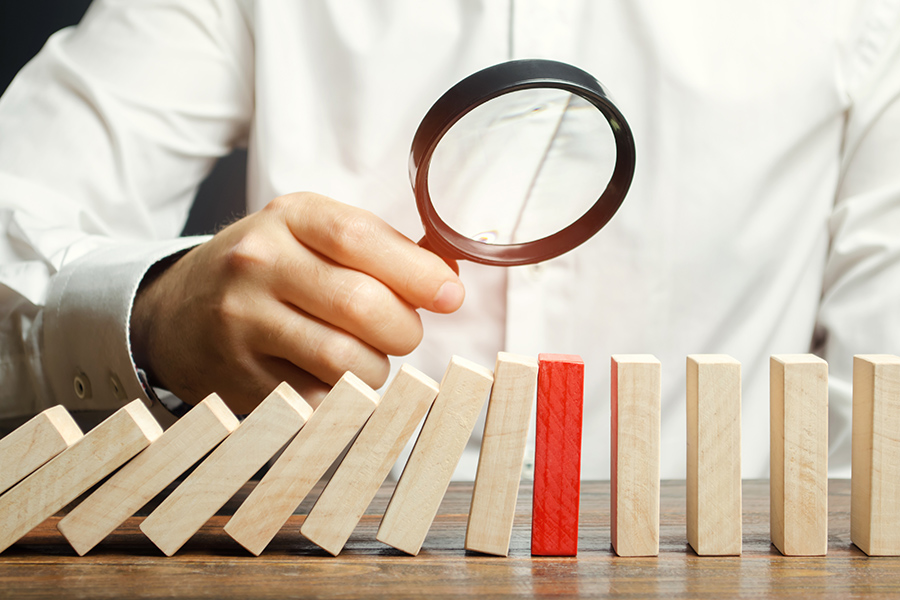 More than a decade after the 2008 financial crisis, the U.S. Federal Reserve Board did something unprecedented: it asked outside experts and academics to assess its own performance.

“They’ve never done anything like this before,” says Janice Eberly, a professor of finance at the Kellogg School and former assistant secretary for economic policy at the U.S. Treasury. “During the crisis, they were very aggressive in using both traditional tools and also expanding to new tools. So there’s been a lot of scrutiny on what the Fed did during the crisis, and what they’ve done since.”

Eberly was one of the experts the Fed invited to weigh in. She and her coauthors, James H. Stock of Harvard University and Jonathan H. Wright of Johns Hopkins University, used historical data to construct “counterfactuals”—alternate versions of reality showing how different monetary policy choices by the Fed would have affected the economy. By comparing these counterfactuals to what the Fed actually did, the researchers identified two “alternative policy paths” that would help the economy recover faster from a similar crisis in the future: allowing a higher rate of inflation coming into the crisis and taking a more aggressive approach to lowering long-term interest rates.

“We don’t want to second-guess the Fed,” Eberly says. “That’s not fair, because we have much more information now than they did in real time.” Still, the findings could offer guidance for monetary policymakers to cope more effectively with future economic downturns. And the findings increase our understanding of how much power monetary policy has over the business cycle in general.
Monetary Policy Objectives

By law, the Fed implements monetary policy for the U.S. in order to achieve two ongoing objectives: reducing unemployment and controlling inflation.

Its primary tool for accomplishing this is setting a short-term interest rate—the federal funds rate. This benchmark rate defines how cheap or expensive it is for banks to lend money to each other. “So it’s an indicator of liquidity in the banking system,” and, by extension, to the economy at large, Eberly explains.

Lowering this interest rate increases liquidity in the economy, which tends to help businesses operate or expand. This, in turn, can help raise employment—but it also may encourage inflation. The Fed currently aims to hold inflation to a constant rate of 2 percent per year, so it adjusts short-term interest rates to keep the system in balance.

Of course, the 2008 financial crisis upset this balance severely. To help restore liquidity to the banking system and stimulate the economy, the Fed slashed short-term interest rates from 4.25 percent in December 2007 to nearly zero by December 2008—the lowest rate in the Fed’s history.

“But the crisis was still raging,” Eberly says. So the Fed moved beyond setting short-term interest rates between banks and implemented for the first time policies known as “quantitative easing.” These policies involved creating new bank reserves to make large-scale asset purchases, such as medium- and longer-term treasury bonds and mortgage-backed securities, with the goal of injecting additional financing into the economy. “This wasn’t unheard of during the global crisis,” Eberly says, “but it was certainly novel for the U.S.”

Quantitative easing was aimed at influencing long-term interest rates. “These are the rates at which private parties—like households and companies—actually borrow,” Eberly explains. “If you’re going to buy a house, you don’t borrow at the Fed’s rate. You borrow at a 30-year mortgage rate. If that rate goes down, that might influence you to buy a house. Or if the corporate borrowing rate goes down, that might influence firms to expand their operations.”

By adding quantitative easing to its monetary-policy toolkit, the Fed hoped to stimulate the economy even further. But this approach has some important limitations.

The Fed was constrained by the “zero lower bound,” which means that it didn’t push short-term interest rates below zero, which might ultimately discourage use of the banking system. (“Suppose you had huge fees on your bank account because of a very negative interest rate. At some point it becomes worth it to build a vault in your basement and just keep your money there—or more practically, divert funds to other forms of intermediation,” Eberly explains.)

This zero lower bound puts a floor on the amount of economic stimulus the Fed can create by cutting interest rates. Meanwhile, the targeted rate of inflation acts as a ceiling. For example, the 4.25 percent interest rate in December of 2007, which had been set by taking the Fed’s inflation target of 2 percent into account, left roughly 4 percentage points of “headroom” for the Fed to work with in a crisis.

But if the targeted inflation rate had been higher—say, 4 percent instead of 2 percent—that would mean nominal short-term interest rates would have been correspondingly higher going into December 2007, and the Fed would have had more room to cut rates to create more stimulus in the same amount of time. For example, had interest rates been 6.25 percent in December 2007, the Fed could have cut it by 6 points instead of 4.

Alternate Worlds
The Fed’s approach to dealing with the crisis—drastically reducing short-term interest rates and lowering long-term interest rates via quantitative easing, all while maintaining a 2 percent inflation target—helped the economy toward economic recovery. By early 2017, the unemployment rate fell below the rate that economists consider “normal” over the long term. But could it have happened sooner, if the Fed had acted differently?

According to Eberly, one way to answer that question is to simulate what would have happened under different conditions.

“That lets you say, ‘Instead of the Fed doing what it actually did, suppose it did more or suppose it did less—or suppose it acted at a different time’,” Eberly explains. “Then you run it through the model and get different predictions for unemployment.”
Even Better Than the Real Thing

Of the seven alternate scenarios that the researchers simulated, two had the biggest impact on speeding the economy’s recovery from the crisis.

In the first scenario, the economy entered the financial crisis with a higher inflation rate than the actual one. This would have created that extra headroom for the Fed to apply rate cuts. According to the researchers’ simulation, an inflation rate and target of 4 percent would have resulted in the unemployment rate returning to normal two and a half years sooner than it actually did.

“Having more room to lower interest rates is a pretty powerful tool to affect the economy,” Eberly says. “It’s something the Fed can do very quickly, and the markets understand it well.”

The second powerful counterfactual was one in which the Fed’s new tool, quantitative easing, was applied more aggressively. In reality, the Fed bought $1.75 trillion worth of these assets in late 2008 and early 2009. But according to simulations, if the Fed had lowered long-term interest rates further, starting in December 2008, the unemployment rate would have peaked around 8 percent instead of 10 percent.

“What both of these scenarios have in common is bringing the unemployment rate down further, faster,” Eberly says. “Four or five years after the crisis, the economy would have recovered much more because there’s less of a hole to climb out of.”

No Second-Guessing the Fed’s Response to the Financial Crisis
Eberly cautions that none of these findings are intended as Monday-morning quarterbacking of the Fed’s decisions during the crisis.

“They were using these tools [like quantitative easing] for the first time,” she says. “So it’s unfair to say, ‘Well, not only should you have done something new, you should have done it faster and at a larger scale. Moreover, we have access to data about the severity and extent of the crisis now, in hindsight, that was not available in real time.”

That said, she hopes this data-informed simulation can give the Fed empirical evidence to use in combating future downturns.

For one thing, the counterfactuals show the importance of the monetary policy that was implemented.

“You can set all the policies to zero and see what the economy would have looked like,” she says. “It looks worse; the unemployment rate is higher.” But at the same time, “the public and markets shouldn’t expect monetary policy to be a panacea for all economic issues. It isn’t undoing the whole crisis and it can’t act alone.”

Additionally, quantitative easing was new in 2008, but now U.S. monetary policy incorporates it as a permanent tool—which could make it easier for the Fed to use it more aggressively in the future, as Eberly’s simulations suggest.

“That would have been difficult to do in 2008, but now they have both the infrastructure and market acceptance for this approach,” Eberly says. “Our work provides some metrics for thinking about what alternative policies might be consequential in the future.”

Tweets by @forbes_india
Hero Electronix's next big bet: Smart homes
Travel and the Coronavirus: Answers to your top questions