German luxury carmaker Porsche debuted a blockbuster IPO on the Frankfurt Stock Exchange this week. Here are five facts about the automobile giant 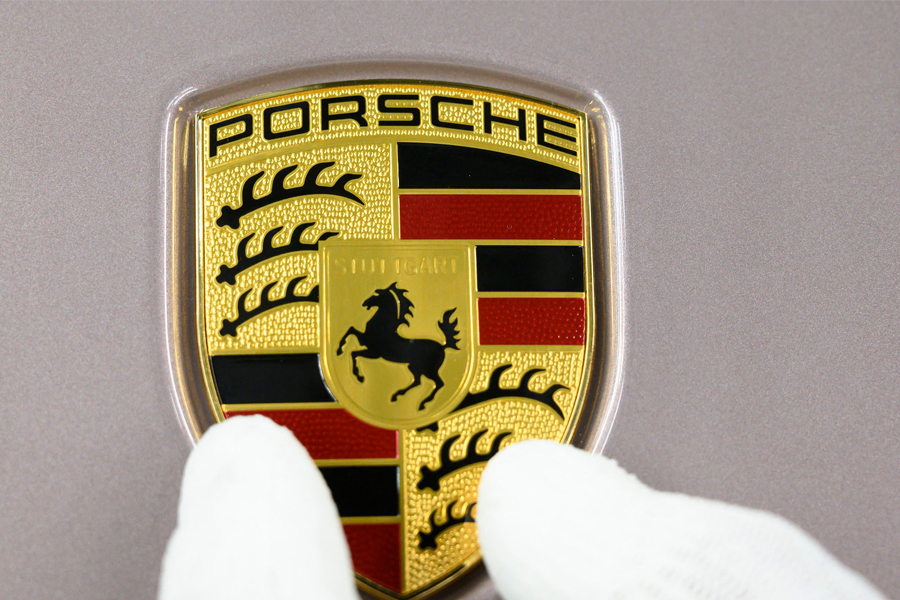 Germany luxury carmaker Porsche is gunning for a blockbuster IPO on the Frankfurt Stock Exchange this week. Here are five facts about the automobile giant:

Porsche made waves at the Frankfurt international motor show in 1963 when it unveiled a new car with a six-cylinder engine designed to succeed its 356 model.

The manufacturer originally intended to call it the 901—but Peugeot had already laid claim to all the three-digit numbers with a zero in the middle, prompting Porsche to settle for 911.

The number is now strongly linked to the brand—to call the company, 911 is on every phone number after the local dial code. The company's capital amounts to 911 million shares, and its shares will be traded under the code P911.

Volkswagen, the parent company of Porsche, has launched a well-publicised drive to dump combustion engines—but in fact, it produced its first electric vehicles over a century ago.

At the Porsche museum in Zuffenhausen, southern Germany, a kind of old stage coach described as the first Porsche in history is on display.

Built in 1898 by the company's founder Ferdinand Porsche, the "Egger-Lohner C.2 Phaeton" ran on electric power.

Porsches have made regular appearances on the silver screen over the years. One of the best-known instances is the 1971 movie "Le Mans", starring Steve McQueen as Michael Delaney, an American driving a Porsche 917 against a German rival in a Ferrari at the famous 24-hour race in France.

In the 1995 cop film "Bad Boys", Will Smith's character drives a 911 Turbo, as he and a fellow detective investigate the theft of a massive haul of heroin from a police vault.

One of Hollywood star Tom Cruise's earliest hits, 1983 teen comedy "Risky Business", features a Porsche 928. Cruise's character is forbidden from driving the car while his parents are away—but he does just that, and it ends up sinking into a lake.

In "Scarface", Al Pacino—playing a Cuban immigrant who becomes a powerful drug lord in Miami—also drives a Porsche 928.

Porsche is one of the world's biggest race car manufacturers. After enjoying moderate success with early models on long-distance races in the 1950s and 60s, the 917 drove the manufacturer to a coveted first victory at the Le Mans 24 Hour Race in 1970, an event it has triumphed in repeatedly since.

The iconic 911 has done particularly well in rallies, including the Monte Carlo rally.

The manufacturer has also raced in Formula One. They had a team from 1957-62, although they only raced in two complete seasons 1961/62, with their only victory Dan Gurney's in the 1962 French Grand Prix.

They returned to the circuit in 1983 providing the engines for the McLaren team and enjoyed great success—McLaren won two successive constructors championships in 1984 and 1985.

However, its negotiations with Red Bull for a partnership that would have allowed them to return to F1 failed earlier this month.

The Porsche-Piech family are the main shareholders of the Volkswagen group, and have roots in Germany's auto industry stretching back decades.

An Austrian-born engineer, Ferdinand Porsche was founder of the luxury car brand that bears his name. In addition, he created the Volkswagen Beetle and designed the iconic, open-top Mercedes-Benz SSK sports car.

During World War II, he contributed to the German war effort by helping produce weapons systems, and was a member of the Nazi party. He died in 1951.

Ferdinand Piech was the grandson of Ferdinand Porsche. Chief executive of VW from 1993 to 2002, he helped to transform the group into a global auto giant in the face of fierce competition, particularly from rivals in Asia.

He reorganised the group and cleaned up its books at the cost of tens of thousands of jobs, and was a notoriously tough manager nicknamed "the emperor" and "the patriarch" by German media.